Guest Blog by Julianne Holmes: How Theater Taught Me How to Write Mysteries


Please welcome Julianne Holmes to The Qwillery. Just Killing Time, the first novel in the Clock Shop Mystery series, was published on October 6 by Berkley. 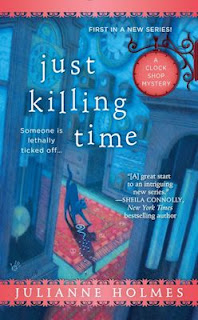 How Theater Taught Me How to Write Mysteries

I’ve spent most of my career working in the arts, and a great deal of that time working in theater. Right now I am running StageSource, a service organization for the theater community, but I’ve also been a box office manager, a company manager, and a general manager. The deep knowledge of theater has helped me be a better mystery writer. Let me explain.

Second, I cast my characters the way a director casts a play, but for me it’s easier. Directors have to cast from the pool of actors who audition. Often times, they cast a play in order to support stage pictures they want to create. I can create people to fit my own vision. That said, I need to be thoughtful when I’m creating my characters. They can’t all look, or seem, the same. I create a rough sketch that readers can fill in, but I need to give readers touch points so they can recognize the different characters.

Third, when I’m plotting a novel, I need to think about everything from characters, to setting, to action. In theater terms, I’m playing the role of both director and playwright. The first production meetings are with designers, figuring out how to translate the director’s vision to the stage. What does the set look like? What props (things that are carried) are needed, and essential? What are the characters wearing? What color palette is predominate?

When I was fleshing out Ruth Clagan, the protagonist in the Clock Shop Mystery series, I realized that I needed to touch base with someone her age, which is 30. I asked what she would wear, and was told by a woman her age, she wouldn’t wear jeans and a t-shirt. I started looking around, and realized that was right. She’d probably wear leggings and dresses, or oversized shirts, so I made that happen. She wears Dr. Marten boots. I decided that she’d wear jewelry made out of clock parts, and her curly auburn hair would be constantly falling out of a ponytail. Her “costume” helped her become more real to me.

I love working in theater for many reasons, not the least of which is it helps me write mysteries. Now, should I add a theater to Orchard, and make my worlds really collide? 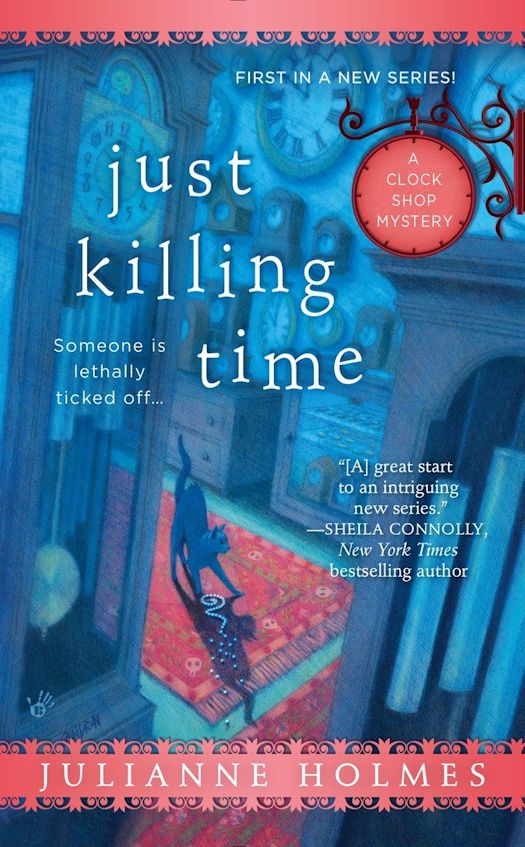 First in a new cozy series that ticks with excitement and mystery!

Ruth Clagan may be an expert clockmaker, but she’s always had a tendency to lose track of time. And when trying to solve a murder, every minute counts…

Ruth’s beloved grandfather instilled in her a love of timepieces. Unfortunately after her grandmother died and he remarried, Ruth and Grandpa Thom became estranged. She’s wanted to reconnect after her recent divorce, but sadly they’ve run out of time. Her grandfather has been found dead after a break-in at his shop—and the police believe he was murdered.

Now Ruth has been named the heir to Grandpa Thom’s clock shop, the Cog & Sprocket, in the small Berkshire town of Orchard, Massachusetts. As soon as she moves into the small apartment above the shop and begins tackling the heaps of unfinished work, Ruth finds herself trying to stay on the good side of Grandpa’s bossy gray cat, Bezel, while avoiding the step-grandmother she never wanted. But as old secrets and grudges start to surface, Ruth will have to kick into high gear to solve the killer case before someone else winds up dead… 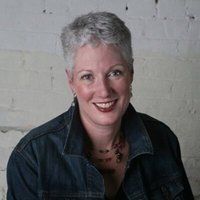 Julianne Holmes is a pseudonym for J.A. (Julie) Hennrikus, whose short stories that have appeared in the award-winning Level Best Books and is the current president of Sisters in Crime New England. As Executive Director for StageSource her vast knowledge of the theater brings a unique perspective to her writing. She lives in Somerville, MA.