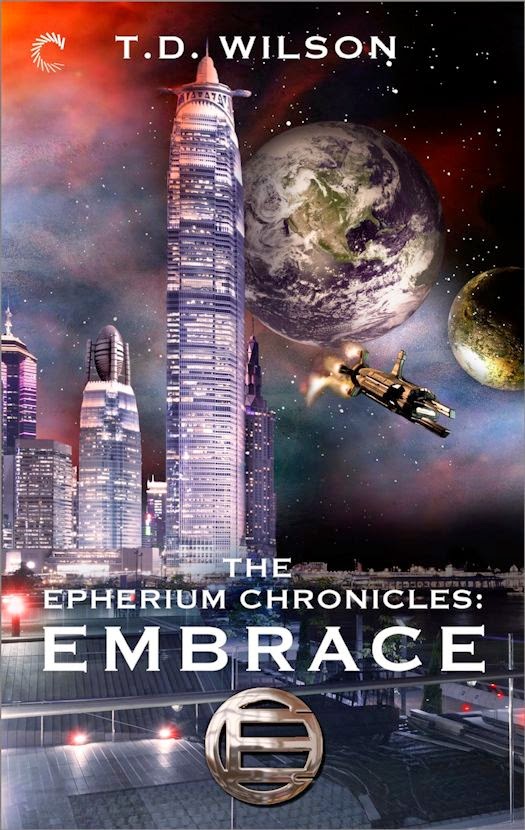 Book one of The Epherium Chronicles

Hope. Captain James Hood of the Earth Defense Forces remembers what it felt like. Twenty-five years ago, it surged through him as a young boy watching the colony ships launched by mega-corporation Epherium rocket away. He, like so many others, dreamed of following in the colonists' footsteps. He wanted to help settle a new world--to be something greater.

Then came the war...

Hope. During years of vicious conflict with an insectoid alien race, it was nearly lost. Though Earth has slowly rebuilt in the six years since the war, overcrowding and an unstable sun have made life increasingly inhospitable. When mysterious signals from the nearly forgotten colony ships are received, Hood is ordered to embark on a dangerous reconnaissance mission. Could humanity's future sit among the stars?

Hope. Hood needs it now more than ever. As secrets about the original colonists are revealed and the Epherium Corporation's dark agenda is exposed, new adversaries threaten the mission, proving more dangerous to Earth than their already formidable foes...

Embrace is a science fiction-military-mystery hybrid. I really enjoy the blending of several different genres into one story, if done well. I'm happy to say T.D. Wilson does a great job in doing just that. Wilson spends equal amounts of time world-building and developing characters at the start of the novel, which is a great way to build a strong foundation for any series. It does tend to slow the pacing down, which can be a plus or minus depending of the type of reader you are. By the halfway point, the action begins to accelerate as Captain Hood and his crew are space-folding toward three colony ships whose mission is to settle new planets. Along the way, the crew has to be on the guard for the Cilik'ti and insectoid alien race, a mysterious ship shadowing them, and an unknown murderer on their ship.

Wilson created compelling and fleshed out characters that have strong presence on the page and would be able to carry the novel all by themselves. The world-building was good without getting bogged down in details. The mystery was strong enough to keep me engaged as it played out in the story.

That said, I felt the book suffered in the editing. I found several small editing issues throughout, which was pretty annoying, since it threw me out of the story with each error. Luckily, the story was engaging enough to keep me reading, and I'm glad I did as I truly enjoyed it. I only hope Wilson's second book had a better editor—since I'm reviewing it next. This book is short, so it has more of an episodic feel to it than a true stand-alone book. I have no problem with that since I enjoy seeing conflicts take several books to be resolved, however, on its own there is no real sense of resolution.

Embrace is a great start to a promising series. With its blend of genres, there's plenty to offer to all types of readers. There are acts of violence and mild language, I would recommend it to teens and adults.
Posted by Qwill at 7:50 AM