Please welcome Karen Dudley to The Qwillery. Karen shares some of her research for the Epikurean Epics, the most recent of which is Kraken Bake! 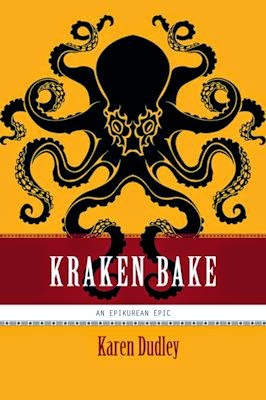 Adventures in Research
by Karen Dudley

I’ve written four environmental mysteries, a handful of wildlife biology books for kids and two historical fantasy novels set in ancient Greece. Needless to say, one of the elements that is tremendously important to my work is research. Fortunately, I love doing research. I also love my husband and, even more fortunately for me, he’s a librarian.

This is the point at which all the other writers who are not married to librarians tend to get a wee bit jealous and not want to play with me. You see, anytime I need a piece of information, I just stroll over to our bookcases, which hold our own personal reference library, or failing that, I ask my husband. He’s a bit of a keener though, and I do have to rein him in occasionally. When I was starting to work on my Epikurean Epic novels, I asked him for some general information about city life in ancient Athens. He brought home twenty-four books for me.

One of the sources he found was a book called Courtesans and Fishcakes: The Consuming Passions of Classical Athens, which is essentially all about the debaucheries of ancient Athens. I was writing about a celebrity chef and dinner parties in classical Greece, so this was clearly a must-have reference book for my project. I knew it would have all kinds of useful tidbits of information, but I didn’t realize that it would help me solve one of the big problems that you face when writing historical fiction. And that is, how do you write your characters and settings so that modern readers will identify with them and not feel the distance of history? How do you get them to feel like the characters in your book really aren’t that different from themselves?

Well, I was leafing through Courtesans and Fishcakes when I came across an account of a dinner party that had been held in Athens around 500 BC. Dinner parties—or symposions—were supposed to be dignified affairs where men would get together, eat fine foods, discuss fine points of philosophy, and drink well-watered wine. But at this particular party, the wine had obviously not been watered down quite enough and the participants were most decidedly three sheets to the wind.

They got the notion that they were on a trireme (a Greek warship) riding out a terrible storm and that they had to eject the ballast in order to survive. Staggering about, they started throwing all the furniture out onto the street—tables, couches, cushions, dishes, the lot. Neighbours came to gawk, officials marched up to see what was going on, and it was the talk of Athens for some days afterwards. From then on, that house was known around the city as The Trireme.

Well, I read that and I remembered my own somewhat ill-spent youth and I thought ‘Jeez, I think I was at that party’. It just seemed like such a contemporary sort of incident. I felt an immediate connection with those ancient Greeks, and I realized that we really haven’t changed much in 2500 years. So naturally, I decided to open my novel, Food for the Gods, with that particular dinner party-gone-bad.

While researching Food for the Gods and its sequel, Kraken Bake, I discovered other weird and wonderful things. The ancient Greeks invented bread dildos (who knew they were even a thing?), Medusa’s severed head was said to be buried in the Athenian agora (which you’d think would have put a bit of a damper on trade), and Pythgoras (of the Pythagorean Theory fame) believed that the soul was immortal, going through a series of reincarnations beginning with ... beans. As I said in the Author’s Note at the end of Kraken Bake, you can’t make this stuff up. And it’s all grist for the mill!

Someone asked me once whether I’d ever write a memoir. I don’t think so. I know my own life. I know my history. I wouldn’t need to research anything about it. For me, research is half the fun of writing. 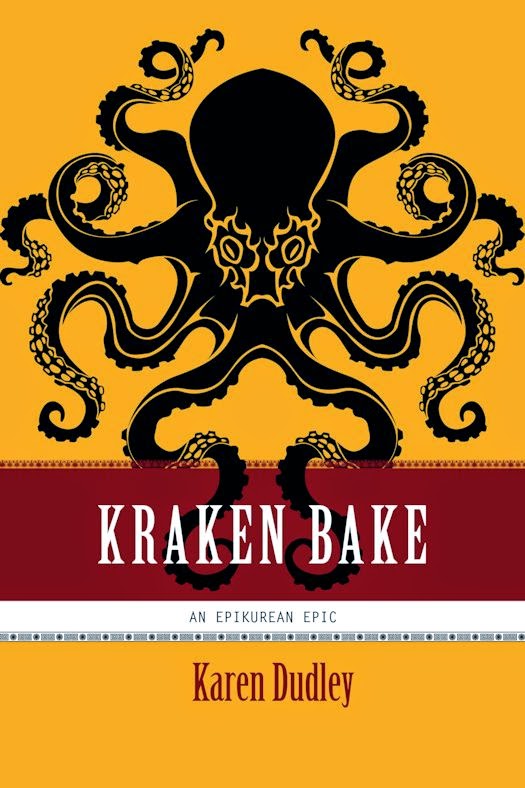 It’s a great day for Greece when Perseus defeats the dreaded kraken. But victory begins to lose its lustre when the remains of the beast swamp the shores and fishing nets of the Aegean. Now after weeks of kraken cakes, kraken kabobs, kraken fritters, and kraken stew, everybody is getting decidedly sick of kraken—none more so than Chef Pelops.

In response to the “kraken crisis,” the city of Athens announces the inaugural Bronze Chef competition. Normally, Pelops would jump at the chance to prove himself the best celebrity chef in Greece. The trouble is, the competition’s secret ingredient is sure to be kraken—and, having once offended Poseidon, Pelops can’t cook kraken to save his life.

To make matters worse, a loathsome rival has vowed to win the contest by fair means or foul. Now, Pelops must overcome the sea god’s curse to show once and for all that he is the better chef—a task made all the more difficult by the insufferable antics of a most unexpected relative…

Kraken Bake, the sequel to the critically acclaimed Food for the Gods (a finalist for the Boney Blithe Award, The High Plains Awards, and the Aurora Awards)  mirthfully re-imagines the world of ancient Greece like you’ve never seen before. 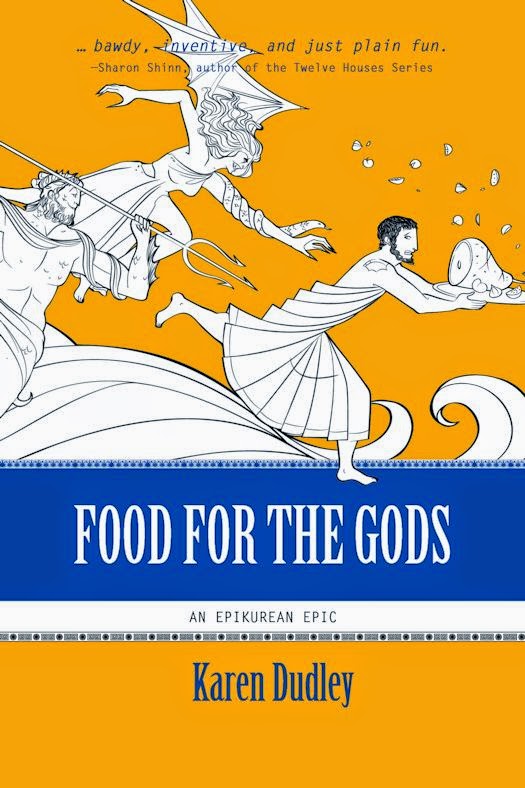 Once a prince of Lydia, Pelops was chopped into stewing meat and served to the gods for tea by his not-so-loving father. Remade by the gods and blessed at the same time with a gift for the culinary arts, Pelops flees his painful memories for the bright lamps of Athens where he hopes to make a new life for himself as a celebrity chef. But then a ruthless patron takes an unhealthy interest in his career, a famous courtesan is murdered at a dinner he prepares, and a couple of the less responsible gods offer to help him make a name for himself in Athens. And Pelops begins to realize that when the gods decide they owe you a favor, you’d better start saying your prayers. 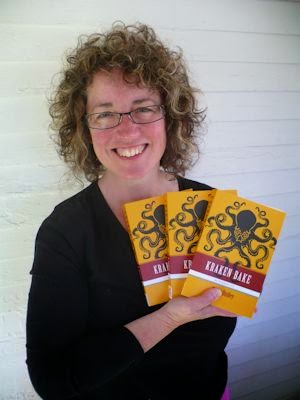 Karen Dudley has worked in field biology, production art, photo research, palaeo-environmental studies and archaeology. She has written four environmental mysteries and a several wildlife biology books for kids. Her Epikurean Epics, including the Aurora-nominated Food for the Gods, are historical fantasy novels set in ancient Athens. Born in France, she now lives in Winnipeg.