Please welcome Gabriel Squailia to The Qwillery as part of the 2015 Debut Author Challenge Guest Blogs. Dead Boys will published on March 3rd by Talos. 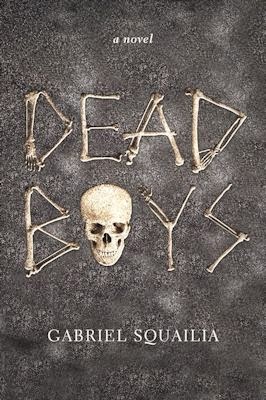 The zombie attack, as a metaphor, can be read as a visceral confrontation with mortality. We don’t think much about death in our society, and suddenly here it is, staggering toward us with annihilating hunger. After a first near-miss, we have a moment to reflect that our lives, up until this moment, were almost entirely devoid of danger, and then we’re off and running again.

Fighting for our existence, we learn who we really are. We can’t avoid thoughts of death now: it’s breaking down our doors, tearing into our loved ones, forcing us to shoot them in the head before they turn.

Unlike other paranormal baddies, zombies get to me. In all my years of dreaming, I’ve only dispatched a single vampire, but I’ve killed hundreds, maybe thousands, of the shambling dead.

It’s not because I think about death all the time. It’s because I don’t. My avoidance of the inescapable fact that I won’t be around all that long is what gives zombies their metaphorical oomph.

It’s a thought that gets me in the guts. Enough so that I felt compelled to turn that horror inside-out.

I know what zombies mean to me, but what do they mean to themselves?

Dead Boys, my first novel, is an attempt to explore that question. It takes place in a sprawling underworld where the dead pull themselves out of the muck of the River Lethe and into eternal entropy. They’re falling apart, but slowly.

And there’s no one to take it out on, no one to destroy, no brains to eat. Just themselves, and infinite time.

I decided to leave their minds intact. I wanted them to remember what they’d been, what they’d lost.

One of the most interesting things about writing the book that resulted from these thought-experiments is how little its characters think about their lives. I tried to fit their backstories in there, but I always had to delete them.

They didn’t fit. My zombies were a vain, prideful people, and they had a near-pathological tendency to think of death as their natural environment. They’d be there forever, after all: how could they get by, from day to day, if they didn’t think of it as home?

As I filled in the details of Dead City, building out its gambling-halls and pubs, designing its time-based economy and imagining its shadowy government, I kept an eye on myself. It was easy enough to look at my friends and imagine them there, giving them names, personas, and grotesque, Tim Burton-y character builds.

But zombie me was a different story. Where did I fit in this macabre vision of the afterlife?

I wasn’t even sure how I fit into the land of the living. And that sense of dislocation, as much as anything, became the story.

It turns out that death scares me less than life without a purpose.

Now, I’m fairly certain that, in the event of an actual zombie apocalypse, I’d spring to action, even if that action got me killed in the first reel. But were I the zombie, staring down at my own rotting flesh, exploring an eerily familiar necropolis, I’d have some things to come to terms with first.

Then, I hope I’d have the bravery to spend my afterlife seeking out something worthwhile to do with my time.

The characters in Dead Boys swash their share of buckles. This is a big, questing adventure, with fights, escapes, near-misses, and moments of reckoning. But at its core, it’s trying to answer a question that’s deeply, if subtly, embedded in most zombie tales: what’s the point of all this?

That query might not be right on the gory surface of such stories, but it’s in there. Outnumbered by the infectious undead, lost in a suddenly inhospitable world, watching our companions die, one by one, we have to ask ourselves, sooner or later, why it’s worth struggling.

I don’t have the answer, at least not every day. But I do love striving for it, and fiction is my favorite way to try. 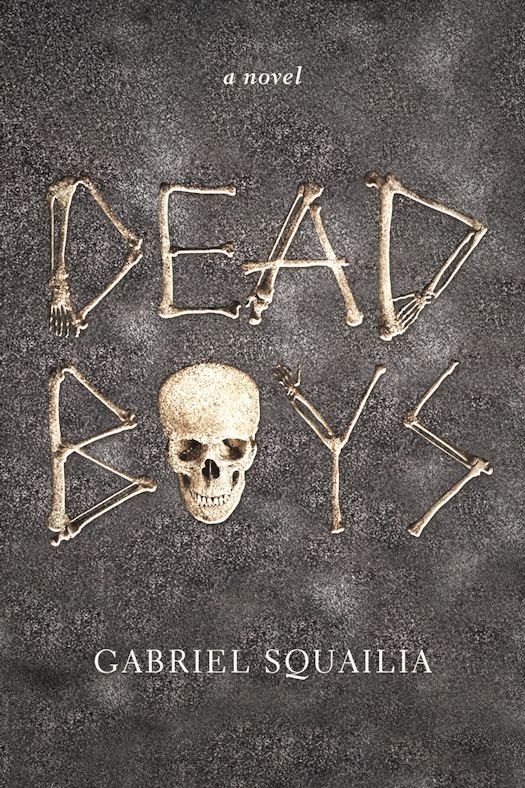 A decade dead, Jacob Campbell is a preservationist, providing a kind of taxidermy to keep his clients looking lifelike for as long as the forces of entropy will allow. But in the Land of the Dead, where the currency is time itself and there is little for corpses to do but drink, thieve, and gamble eternity away, Jacob abandons his home and his fortune for an opportunity to meet the man who cheated the rules of life and death entirely.

According to legend, the Living Man is the only adventurer to ever cross into the underworld without dying first. It’s rumored he met his end somewhere in the labyrinth of pubs beneath Dead City’s streets, disappearing without a trace. Now Jacob’s vow to find the Living Man and follow him back to the land of the living sends him on a perilous journey through an underworld where the only certainty is decay.

Accompanying him are the boy Remington, an innocent with mysterious powers over the bones of the dead, and the hanged man Leopold l’Eclair, a flamboyant rogue whose criminal ambitions spark the undesired attention of the shadowy ruler known as the Magnate.

An ambitious debut that mingles the fantastic with the philosophical, Dead Boys twists the well-worn epic quest into a compelling, one-of-a-kind work of weird fiction that transcends genre, recalling the novels of China Miéville and Neil Gaiman.

Gabriel Squailia is a professional DJ from Rochester, New York. An alumnus of the Friends World Program, he studied storytelling and literature in India, Europe, and the Middle East before settling in the Berkshires of Western Massachusetts, where he lives with his wife and daughter. Dead Boys is his first novel.