Interview with Lee Kelly, author of City of Savages - February 4, 2014


Please welcome Lee Kelly to The Qwillery as part of the 2015 Debut Author Challenge Interviews. City of Savages was published on February 3rd by Saga Press. 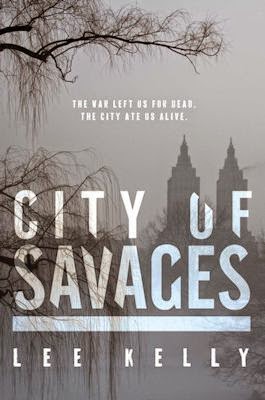 Lee:  Thanks for having me, I’m so happy to be here! And I think I’ve been writing since I’ve been old enough to read honestly. It’s always been something I’ve felt compelled to do, but for a long time it was put on the backburner while I pursued a career that I felt was a little more secure. So I studied Government in college and went to law school… but all the while, the writing bug bit at me incessantly. I remember outlining story ideas during my law school seminars, and I was actually tinkering with my first attempt at a novel as I was studying for the California Bar Exam. When I had a true break between the bar and my first job, I decided I needed to just go for it. I started writing every day, for one hour in the mornings. About four years later, I signed with my agent for CITY OF SAVAGES.

Lee:  I’m definitely a plotter! I write like I drive: even if I’m 99% sure where I’m going, I feel better having a map – it just makes me feel more confident about the twists and turns I’m taking. That said, I usually end up abandoning my outline around the 25%-50% mark for most projects, as the story begins to breathe on its own and become something I couldn’t have imagined without actually having written through it.

Lee:  I love the brainstorming and idea-generation part of writing (at the beginning), don’t mind the mad-dash first-draft phase, and absolutely adore that part at the end where you get to embellish and polish and really make the story shine. But that part between the first draft and the polish? Where you’re revising and restructuring and rethinking? That’s incredibly challenging for me. I think that’s the part of the process where you take “potential” and try to match it to your ideal vision of the story in your head, which is a very scary endeavor (and often a tall order).

Lee:  I would say Suzanne Collins, for her strong characters and the tension she creates in her stories; Cormac McCarthy, for his enviable balance of the beautiful and the bleak (especially in his THE ROAD); Gillian Flynn, of course for her suspenseful thrills and twisty plots, but moreover for creating such multifaceted, dangerous, different female characters; and Karen Russell, for her ability to blend the real with the strange and the surreal with the very, very human.


TQ:  Describe City of Savages in 140 characters or less.

Lee:  Two sisters and their mother attempt to escape a war-torn Manhattan, after the discovery of certain secrets throws their whole world into question.


TQ:  Tell us something about City of Savages that is not in the book description.

Lee:  I believe the description mentions the mother’s journal, but doesn’t elaborate too much on what it contains . . . and the journal is actually the story of the previous generation, the story of how Manhattan fell during the Third World War. As a reader, I always love getting a glimpse of “how the world came to be”, so I really set out to provide that history in my own novel.


TQ:  What inspired you to write City of Savages? What appealed to you about writing a post-apocalyptic novel? Why did you set the novel in New York City?

Lee:  I always say that the setting of CITY OF SAVAGES came first, and everything else came after. I started writing the novel during a particularly stressful time in my life: I had just moved back to New York from LA, and I was working at a large law firm, with tight deadlines, demanding bosses, and long hours. I think I needed a way to channel all of my frustration, and I found myself daydreaming about a very different version of New York: a Central Park that actually was a prison, life-or-death subway rides, city rituals that were very cutthroat and savage… one thing led to another, and I had the beginnings of the CITY OF SAVAGES world.

And I loved writing a family saga/thriller against this backdrop. It felt like such a rich setting to explore themes of loyalty, love and second chances, with characters seeking their own personal redemption in a fallen city sort of thing. The post-apocalyptic setting also allowed me to flesh out the “story behind the story,” the story of how Manhattan fell (and how everything fell apart for this family).


TQ:  What sort of research did you do for City of Savages?

Lee:  Though I was writing about a fictional future where Manhattan falls under siege, I felt like the “feel” of such a catastrophe could mirror conditions in the city during Hurricane Sandy, or the New York City blackout of 2003, when there was no power, no communication, and essentially total chaos. I poured over articles of what happened to people who were trapped underground, particularly during the blackout, and how people found each other: and a lot of this research informed my writing of the mother’s journal. I also needed to research all sorts of little fun facts, like the parameters of street fighting, how long a battery will last, and how many times you can recycle pellets from a BB gun.

Lee:  I think the easiest character to write was Phee, one of the two sisters: she and I are nothing alike, but her motivations and her style of speaking and her inner turmoil just came so naturally for me. She really arrived fully formed in my head as a character.

I think the toughest was Trevor, one of the younger secondary characters who in one sense grew up alongside Sky and Phee in the Central Park internment camp. For some reason, I was just having a hard time getting a read on him: why he made the decisions he did at the end, what his dreams and fears were, what he wanted to take for himself in this city. It took a lot of deep character analysis during the novel’s revisions to really uncover him as a character and breathe life into him.

TQ:  Which question about City of Savages do you wish someone would ask? Ask it and answer it!

Lee:  Oh, nice – maybe it’s, Who’s your favorite secondary character and why? I talk a lot about the sisters, but haven’t gotten to address the other characters in the novel as much.

And I think my favorite secondary character has to be the warden of the Central Park POW camp, Warden Rolladin. She’s a tough, fierce, absolutely ruthless leader, and yet she’s also incredibly vulnerable, a bit insecure, and wants what all of us want: to be loved and accepted for who she is (and despite what she’s done). I had a ton of fun writing her, and she stayed with me long after I finished the novel.

TQ:  Give us one or two of your favorite non-spoilery lines from City of Savages.

Lee:  Fun, I’ve never been asked this! Here are two:

“When the sheen of immediacy dulls, when I think about Tom, about what I’m doing, the guilt drives me to madness. But a small, self-preserving voice inside me keeps whispering that I need this: Save yourself. Whatever it takes. Save yourself.”


“I can tell her how much I hate the Park, and this city, and her and all of the sorry excuses for human beings that do her bidding.
Or I can tell her the bigger truth. The one that, regardless of how jealous I am, how insignificant I feel, is more a part of me than any limb or organ, whether I like it or not. It rumbles inside of me and bursts through my lips, armed with new ammunition from the whiskey.
‘I would never leave Phee,’ I say, but don’t look at my sister, as my answer is so fundamental I’m scared by it. ‘What she wants, I’ll live with.’”

Lee:  Thank you so much for having me! 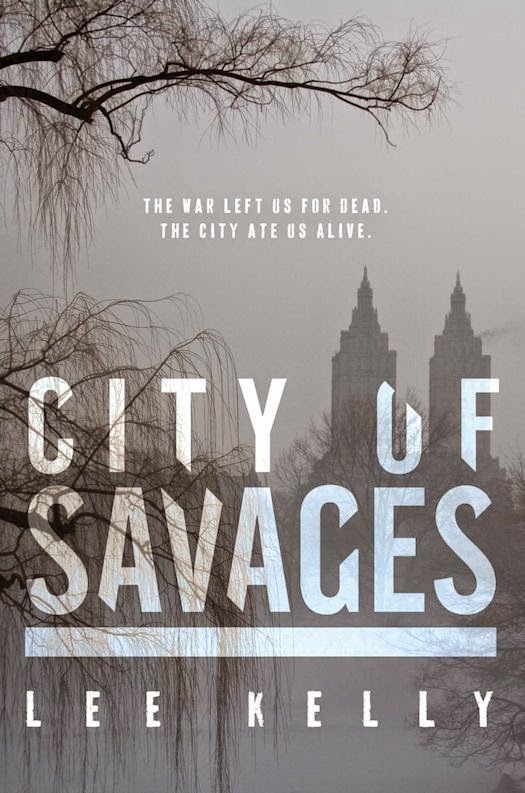 After the Red Allies turn New York City into a POW camp, two sisters must decipher the past in order to protect the future in this action-packed thriller with a dual narrative. 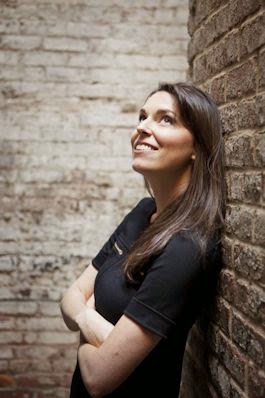 Lee Kelly has wanted to write since she was old enough to hold a pencil, but it wasn’t until she began studying for the California Bar Exam that she conveniently started putting pen to paper. An entertainment lawyer by trade, Lee has practiced law in Los Angeles and New York. She lives with her husband and son in Millburn, New Jersey, though after a decade in Manhattan, she can’t help but still call herself a New Yorker. City of Savages is her first novel. Visit her at NewWriteCity.com.