Please welcome Amanda Carmack to The Qwillery. Murder in the Queen's Garden, the 3rd Elizabethan Mystery, was published by Signet on February 3rd. 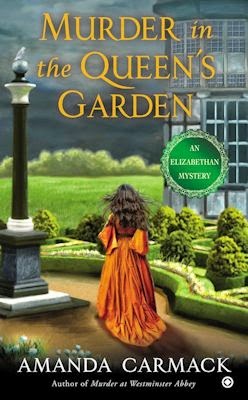 I've been fascinated by the Elizabethan age for as long as I can remember! When I was a kid, I would read everything I could find about the period—romance novels, thick history books I could barely lift off the library shelf, Shakespeare plays, and bawdy poetry I couldn't really figure out, but I liked the weird words such as “fie, away, sir!” and “z'wounds!” I dressed up as Anne Boleyn for a fifth grade book report, and spent days watching videos like The Six Wives of Henry VIII and Elizabeth R.
That's what I love the most about writing the adventures of Kate Haywood—getting to live at the court of Queen Elizabeth, losing myself in that world and seeing I through Kate's eyes, but then returning to my cozy house with running water and electricity! (I do love the 16th century, but not really enough to want an open sewer running down the middle of my street, or cooking a roast over and open fire while trying not to set my petticoats on fire...)
Kate is a young lady with many interests. She is the queen's favorite musician, a performer and composer, as well as the catcher of villains who try to harm the new queen. She finds herself in the very midst of all the excitement of the day, and in vicariously living her life I get to be there, too. A bit like the archaeologist I wanted to be when I was a kid, before I realized how dusty the job would be!
So—what are some of my favorite things about Queen Elizabeth and her world?
For more “behind the book” info on Kate Haywood and her adventures, you can visit my website at http://amandacarmack.com! I'm also on Facebook and spend way too much time on Pinterest.
What is your favorite time period? Where would you visit if you had a time machine??? 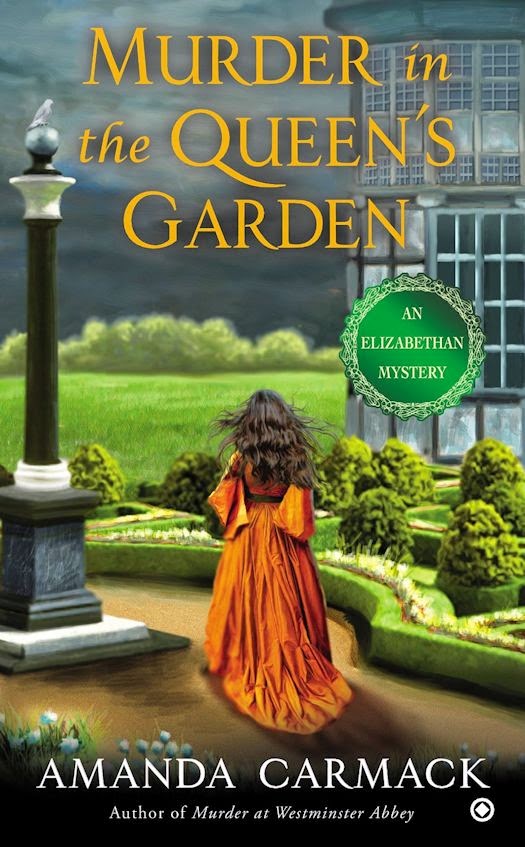 1559. Elizabeth has been on the throne for six months, and life in England seems newly golden. But for the Royal Court, murder and betrayal are foretold in the stars….

Kate Haywood, the young queen’s personal musician, has been keeping busy playing for a merry round of summer parties where famed astrologer Dr. John Dee and his fantastic horoscopes are all the rage. However, Elizabeth’s favorite stargazer fails to predict the discovery of a skeleton in the queen’s garden—and that the victim’s identity will call his own innocence into question.

When the doctor’s pupil is the victim of a second murder, the concerned queen enlists her trusted Kate to clear the accused killer of wrongdoing. But will the stars align to light Kate’s path through a tangled thicket of treachery to save Elizabeth’s prized astrologer and protect the queen from those who threaten her reign? 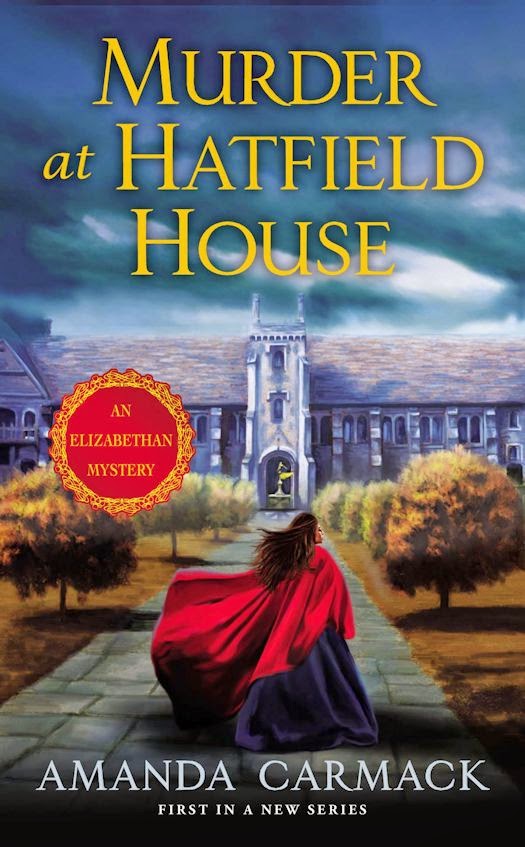 1558. Kate Haywood, a simple musician in the employ of a princess, will find herself involved in games of crowns as she sets out to solve the murder of the queen’s envoy....

England is in tumult under the rule of Queen Mary and her Spanish husband. Confined to house arrest at Hatfield House, young Princess Elizabeth is the country’s greatest hope. Far from court intrigues, Elizabeth finds solace in simple things: the quiet countryside and peaceful recreation, including the melodies of her chief musician and his daughter, Kate Haywood.

But Kate will prove herself most valuable when an envoy of the queen—sent to flush out heretics in the princess’s household—is found dead on the grounds of Hatfield. Acting as Elizabeth’s eyes and ears, Kate is sent out on the trail of a killer whose mission could destroy her family, friends—and the future of England. 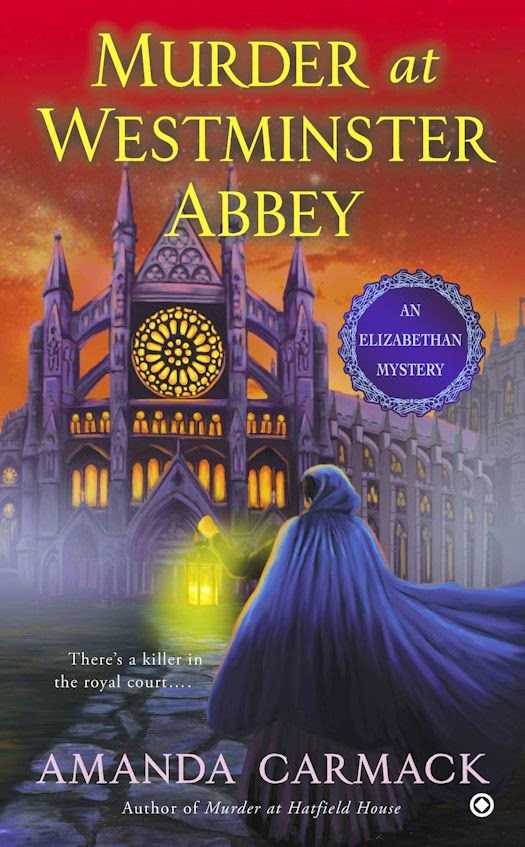 1559. Elizabeth is about to be crowned queen of England and wants her personal musician Kate Haywood to prepare music for the festivities. New to London, Kate must learn the ways of city life…and once again school herself as a sleuth.

Life at the center of the new royal court is abuzz with ambition and gossip—very different from the quiet countryside, where Kate served Elizabeth during her exile. Making her way among the courtiers who vie for the new queen’s favor, Kate befriends Lady Mary Everley. Mary is very close to Elizabeth. With their red hair and pale skin, they even resemble each other—which makes Mary’s murder all the more chilling.

The celebrations go on despite the pall cast over them. But when another redhead is murdered, Kate uncovers a deadly web of motives lurking just beneath the polite court banter, and follows the trail of a killer whose grievance can only be answered with royal blood 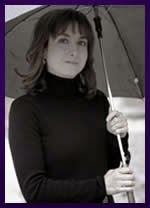 Amanda has been in love with the Tudors ever since an accidental viewing of “Anne of the Thousand Days” on TV as a kid! Now she just wishes she could live with them all the time—but there has to be time for writing about them too.

She also writes as Amanda McCabe and Laurel McKee, and her books have been nominated for many awards, including the RITA Award, the Romantic Times BOOKReviews Reviewers’ Choice Award, the Booksellers Best, the National Readers Choice Award, and the Holt Medallion. She lives in Oklahoma with a menagerie of two cats, a Pug, and a very bossy miniature Poodle, along with far too many books.

When not writing or reading, she loves taking dance classes, yoga, collecting cheesy travel souvenirs, and watching the Food Network—even though she doesn’t cook.

What:  One entrant will win a Mass Market Paperback copy of Murder in the Queen's Garden by Amanda Carmack from the publisher. US ONLY

Who and When:  The contest is open to all humans on the planet earth with a US mailing address. Contest ends at 11:59 PM US Eastern Time on February 22, 2015. Void where prohibited by law. No purchase necessary. You must be 18 years old or older to enter.