Please welcome Kate Carlisle to The Qwillery. This Old Homicide, the 2nd Fixer-Upper Mystery, was published by Signet on January 27, 2015. 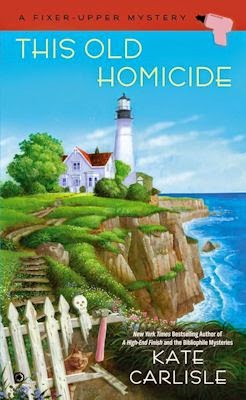 Kate Carlisle is the author of A High-End Finish (Fixer-Upper Mystery 1), which debuted at #9 on the New York Times bestsellers list. Fixer-Upper Mystery 2 is This Old Homicide, available January 27 in paperback and ebook wherever books are sold.

Many thousands of years ago, humans began to settle in one place, rather than wandering around in a constant search for food. I imagine that even those earliest settlements had inns of sorts, places where weary travelers could sleep without fear of getting rained on… or eaten. In the days before money, perhaps those travelers paid for their stay with a bit of food or a pretty thing they’d picked up along the way or a story or song from somewhere else.

In my latest book, THIS OLD HOMICIDE, a Fixer-Upper Mystery, Jane Hennessey has inherited a gorgeous old Victorian home, far too large and expensive for a single person to maintain. Which is why she decided to join the long list of innkeepers throughout history.

Doesn’t that sound like fun, opening an inn? A lot of work, but also really interesting to meet so many people from all over the country.

Except… the house was in terrible shape when she inherited it. Good bones, sure, but creaky. Kind of creepy. Not likely to attract the kind of clientele she’d like to meet.

Fortunately for Jane, one of her very best friends happens to be Shannon Hammer of Hammer Construction, an expert in Victorian home restoration. The expert. Just ask anyone in Lighthouse Cove, California.

As THIS OLD HOMICIDE begins, Shannon and her crew have nearly finished renovating Hennessey House. A sneak peek from the book…


It had taken me and Jane and my crew almost three years to renovate her grandmother’s disheveled old mansion and turn it into a world-class small hotel. The place had been standing there for over one hundred and fifty years, and in that time, it had been a family home, a brothel, a boardinghouse, a private residence, and finally an elegant bed-and-breakfast. 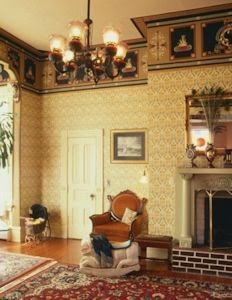 I stood on the sidewalk and gazed with pride at the beautifully restored Queen Anne with its wide, wraparound porch, wonderful three-story tower, and six chimneys. Hennessey House featured fourteen uniquely decorated guest suites, many with balconies and fireplaces. The entire house was furnished with beautiful Victorian-era pieces that were not only authentic but also comfortable and elegant.


In the midst of planning a gala grand opening, Jane gets terrible news—her beloved uncle Jesse has died. And then—worse—she discovers that he may have been murdered.

We humans have a long tradition of wary hospitality. Tourist dollars are hard to resist, but as a species, we tend to distrust the “other.” Especially, as you can imagine, when there’s an unsolved murder.

Which leaves Jane and Shannon suspicious of the out-of-towners who attend the grand opening, soon after Jesse’s memorial. His old Navy buddies, who went scuba diving with him at a shipwreck off the coast, looking for long lost treasure. His “hot” new girlfriend, whom no one has met before. A young man who seems a little too interested in Jane, a supposed financial whiz whose credit card gets rejected. Could one of these strangers have killed Uncle Jesse? Or was it done by someone closer to home? And will they catch the culprit before he or she can kill again?

Have you ever thought of opening a bed and breakfast? If you did, what would you name it? Would you want something modern or historic? 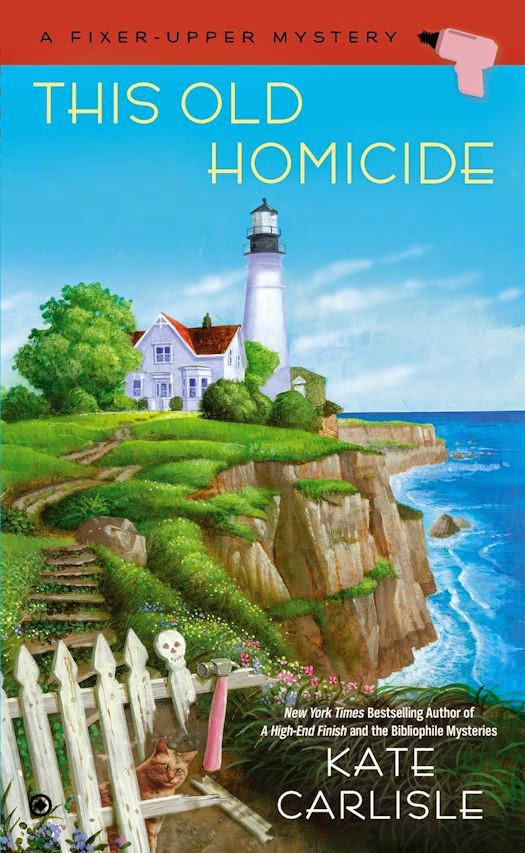 From the New York Times bestselling author of the Bibliophile Mysteries and A High-End Finish comes the second Fixer-Upper Mystery...

Valentine’s Day is approaching, and while Shannon is delighted to be friends with not one but two handsome men, not everyone in town is feeling the love. After her elderly neighbor Jesse Hennessey fails to make his daily appearance at the local diner, Shannon swings by his place to check on him. Not only does she find Jesse dead—of an apparent heart attack—but she also realizes that his home has been ransacked.

Someone suggests that a thief was searching for a priceless necklace Jesse claimed to have retrieved from a capsized sailing ship, but Shannon doesn’t believe it. Everyone knows Jesse had a penchant for constructing tall tales—like the one about him having a hot new girlfriend. But his death is soon ruled a homicide, and shady suspects begin popping out of the woodwork. When another victim turns up dead, Shannon is convinced she must find the killer before someone else gets nailed....

This is the second novel in Carlisle’s Fixer-Upper Mystery Series that follows independent red-head Shannon Hammer and her friends and family in the small seaside town of Lighthouse Cove, California. Shannon’s life has been running smoothly and her construction business is booming when she discovers the body of her elderly neighbor, Jesse Hennessey, the uncle of her childhood and current best friend, Jane. What looks to be a simple heart attack turns out to be a much more complex murder plot with the addition of a priceless necklace purported to be part of a sunken treasure.

Shannon is still the strong central character and her friends are still major players throughout the course of the novel. Jane is featured more in this book. Not only is it Jane’s beloved uncle that has died, but she is in the midst of opening her fabulous bed and breakfast in the old home Shannon has renovated for her. All Shannon’s other friends are present, as well as her nemesis, Whitney. Whitney is every bit as catty as she was in the first novel of the series and is even a bit more over the top in her hatred of Shannon, which is extremely funny. Resident hunks, Mac, the mystery writer who lives in Shannon’s garage apartment while she renovates his lighthouse mansion, and Eric, the blond Adonis who serves as the town’s police chief, are both present and delightful. One is given a bit more time with Shannon in this installment, but in the end, the reader is still left guessing as to which one will ultimately win her heart. There are plenty of suspects for the murder; Jesse’s old navy buddies, his “hot” but secret girlfriend, and even an eccentric neighbor. There is also an enchanting side story involving a haunted house that I hope is explored further in future books.

The mystery and side stories all unfold at the perfect pace. The author does not rush through the twists of the plot, but lets everything unfold at just the right time and keeps the readers interest with fabulous dialogue and interesting relationships. I love that Shannon has not been paired off in romance yet. Part of the fun of reading this series is deciding which dream man would be perfect for her. I am still leaning towards the police chief, but Mac has been making strides and just might overtake Eric if he isn’t careful. I can’t wait to see what happens next to Shannon and her Lighthouse Cove friends. 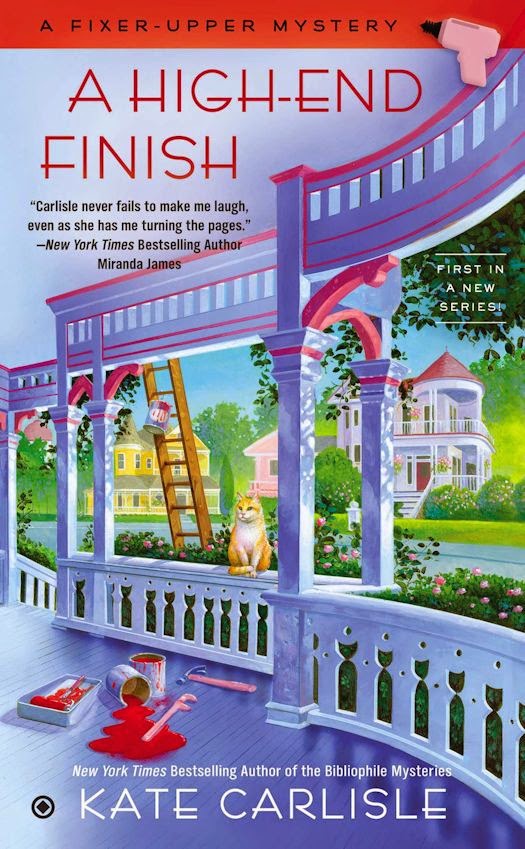 In the seaside town of Lighthouse Cove in northern California, everyone knows the best man for the job is actually a woman—contractor Shannon Hammer. But while Shannon can do wonders with a power drill and a little elbow grease, she’s about to discover that some problems aren’t so easily fixed....

Shannon’s home-renovation and repair business is booming, but her love life needs work. On a blind date with real estate agent Jerry Saxton, she has to whip out a pair of pliers to keep Jerry from getting too hands on. Shannon is happy to put her rotten date behind her, but when Jerry’s found dead in a run-down Victorian home that she’s been hired to restore, the town’s attractive new police chief suspects that her threats may have laid the foundation for murder.

Determined to clear her name, Shannon conducts her own investigation—with the help of her four best friends, her eccentric father, a nosy neighbor or two, and a handsome crime writer who’s just moved to town. But as they get closer to prying out the murderer’s identity, Shannon is viciously attacked. Now she’ll have to nail down the truth—or end up in permanent foreclosure... Golden Heart and Daphne du Maurier Award winning author Kate Carlisle spent over twenty years working in television production as an Associate Director for game and variety shows, including The Midnight Special, Solid Gold and The Gong Show. She traveled the world as a Dating Game chaperone and performed strange acts of silliness on The Gong Show. She also studied acting and singing, toiled in vineyards, collected books, joined a commune, sold fried chicken, modeled spring fashions and worked for a cruise ship line, but it was the year she spent in law school that finally drove her to begin writing fiction. It seemed the safest way to kill off her professors. Those professors are breathing easier now that Kate spends most of her time writing near the beach in Southern California where she lives with her perfect husband.

A lifelong love of old books and an appreciation of the art of bookbinding led Kate to create the Bibliophile Mysteries, featuring rare book expert Brooklyn Wainwright, whose bookbinding and restoration skills invariably uncover old secrets, treachery and murder. Kate is a member of Sisters in Crime, Mystery Writers of America, International Thriller Writers and Romance Writers of America. She loves to drink good wine and watch other people cook.

Despite the appearance of overnight success, Kate's dream of publication took many, many years to fulfill. If you're wondering why, here's the real scoop.

What:  One entrant will win a Mass Market Paperback copy of This Old Homicide by Kate Carlisle from the publisher. US ONLY

Who and When: The contest is open to all humans on the planet earth with a US mailing address. Contest ends at 11:59 PM US Eastern Time on February 11, 2015. Void where prohibited by law. No purchase necessary. You must be 18 years old or older to enter.