Please welcome Jack Campbell to The Qwillery. Guardian, the 3rd novel in The Lost Fleet: Beyond the Frontier series, will be published on May 7, 2013. Jack also has written The Lost Fleet series. 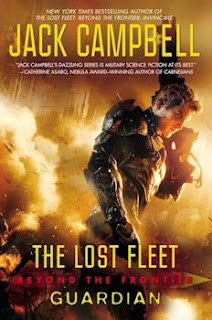 The Series Goes Ever On

Writing a series is like walking through a forest littered with traps. You have to stay on the right path, even when the path isn't very clear. Sometimes different routes offer themselves and you have to chose one. Every tree influences your path, but you can't focus so intently on the trees that you lose sight of the forest which is the overall story arc. At every step, there are dangers. Characters who stop being interesting. Implausible events. Boring detours and digressions. Plot holes waiting to swallow the story. Plot inconsistencies trying to trip you. Or, worst of all, walking into one of the trees and getting stuck there, unable to move forward.

The Lost Fleet is a six book series. As the original series was coming to an end, readers made it clear that they wanted more. I continued the story with the Beyond the Frontier follow-on series, in which Guardian is the third book. Keeping it all fresh has posed more and more challenges along the way, especially since I try to write each book with enough back-story so that someone picking it up first will be able to follow along.

Mark Twain laid out the number one rule for me. He described his writing technique as chasing his characters up trees and throwing rocks at them. That's our job as writers, to make life as difficult as we can for our characters. Whenever I have been stuck in a story, whenever the story gets dull, I almost always find it is because I've been too easy on my characters. Throw in some more problems, and the story gets rolling again.

One of the most important ways I keep the story dynamic is by giving the characters room to work. I don't strait-jacket them in a tight plot that they have to march through without deviation. Instead, I know where the story begins, and I know where it is going to end up. I know who the characters are (though they may grow over the course of the story). Then, as in real life, I present my characters with choices and see what they do. I can't let them run the story off the rails, but they may do things I hadn't expected. They may ask questions, they may go left instead of right, they may tell me that they wouldn't do something I had been counting on them to do, two characters may fall in love with all of the complications that creates. For me, this creates spontaneity and brings the characters and their universe to life.

I'm not afraid to listen to suggestions and ideas. Many times I can't use them, but other times they provide useful inspiration. At one point a reader told me that he wished I could show more conflict on the surface of a planet. I realized that a big such fight would work very well in the book I was then writing, providing not only good action but also some useful plot elements.

I'm always looking for something different, something I haven't done before in the series. In Guardian, that includes going to new places, facing totally different dangers, and taking my characters out of their familiar comfort zone.

Keeping things fresh became harder when I tackled Beyond the Frontier. How many times could my hero fight the same fight? How could I avoid the Lensman trap of ever-escalating battles in terms of size and consequences? I did two things to avoid those traps. I took the action outside of human space, Beyond the Frontier, using events in the original series to springboard a different set of challenges for my characters. And I created a spin-off series, The Lost Stars. While the Lost Fleet follows characters from the Alliance, the Lost Stars is set in a star system of their former enemies who fought for a cause they never believed in, and now are trying to rebuild something worthwhile from the ruins of the crumbling Syndic empire. That gave me a set of different characters to play with in the same universe. Where Black Jack Geary in the Lost Fleet is a decent person who has to face a future grown harsh, the men and women in the Lost Stars are hardened by the brutal system they have lived under and now have to grope their way toward a better future. The story lines of the two series intertwine, giving me a lot of new situations and relationships to play with. That kept my interest high, which is the first requirement to keep a series feeling fresh. Once the writer becomes bored, it shows.

That's an important rule, too. Don't get bored with what you're writing. If it remains interesting to you, it's a lot more likely to be interesting to the reader.


The Lost Fleet: Beyond the Frontier 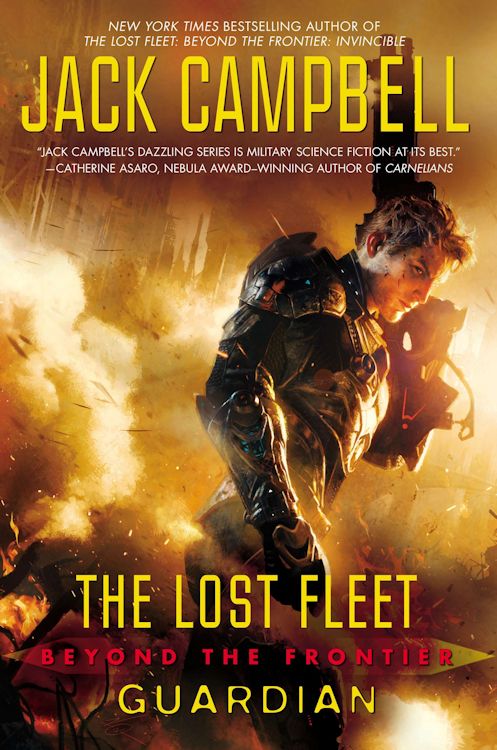 Admiral Geary’s First Fleet of the Alliance has survived the journey deep into unexplored interstellar space, a voyage that led to the discovery of new alien species, including a new enemy and a possible ally. Now Geary’s mission is to ensure the safety of the Midway Star System, which has revolted against the Syndicate Worlds empire—an empire that is on the brink of collapse.

To complicate matters further, Geary also needs to return safely to Alliance space not only with representatives of the Dancers, an alien species, but also with Invincible, a captured warship that could possibly be the most valuable object in human history. Despite the peace treaty that Geary must adhere to at all costs, the Syndicate Worlds regime threatens to make the fleet’s journey back grueling and perilous.

And even if Geary escorts Invincible and the Dancers’ representatives safely unharmed, the Syndics’ attempts to spread dissent and political unrest may have already sown the seeds of the Alliance’s destruction... 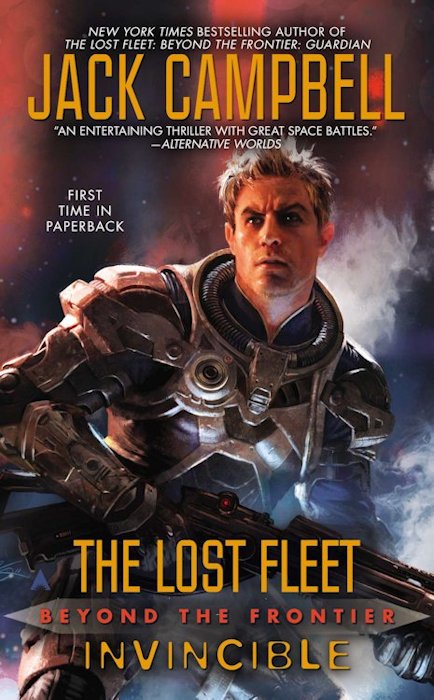 Admiral John “Black Jack” Geary was revived from cryogenic sleep to lead the Alliance against the Syndicate Worlds. But his superiors question his loyalty to the regime. Now in command of the First Fleet, he is tasked with exploring the frontier beyond Syndic space, a mission he fears deliberately puts the fleet—and himself—in harm’s way...

An encounter with the alien enigmas confirms Geary’s fears. Attacked without warning, he orders the fleet to jump star systems—only to enter the crosshairs of another hostile alien armada. Ignoring the First Fleet’s peaceful communications, this species sends its ships into battle while it guards the exiting jump point with a fortress of incalculable power. Now Geary must find a way to reach the jump point without massive casualties—even though the enigmas could be waiting on the other side… 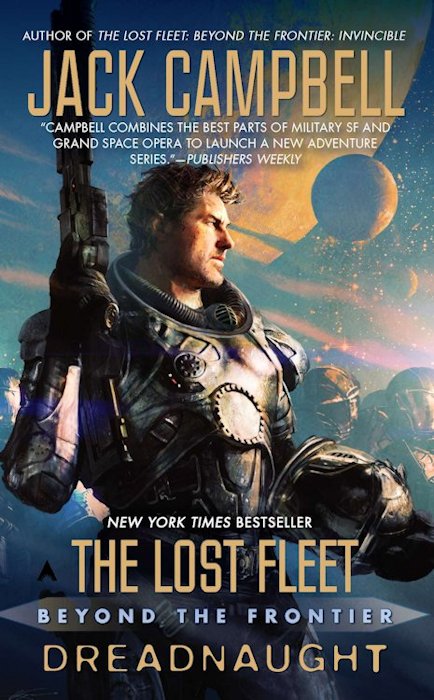 The Alliance woke Captain John “Black Jack” Geary from cryogenic sleep to take command of the fleet in the century-long conflict against the Syndicate Worlds. Now, Admiral Geary’s victory has earned him the adoration of the people—and the enmity of politicians convinced that a living hero can be a very inconvenient thing…

The war may be over, but Geary and his newly christened First Fleet have been ordered back into action to investigate the aliens occupying the far side of Syndic space and determine how much of a threat they represent to the Alliance. And while the Syndic Worlds are no longer united, individually they may be more dangerous than ever before.

"Jack Campbell" is the pseudonym for John G. Hemry, a retired Naval officer (and graduate of the U.S. Naval Academy in Annapolis). As Jack Campbell, he writes The Lost Fleet series of military science fiction novels. He lives with his family in Maryland.  [from the publisher's website].


What:  Five commenters will each win a copy of Guardian (The Lost Fleet: Beyond the Frontier 3) from Ace. US ONLY

Who and When: The contest is open to all humans on the planet earth with a US mailing address. Contest ends at 11:59 PM US Eastern Time on May 11, 2013. Void where prohibited by law. No purchase necessary. You must be 18 years old or older to enter.