Guest Blog by Terry Spear - Combining Werewolves and Highlanders for the Ultimate Feast - May 28, 2013


Please welcome Terry Spear to The Qwillery. A Highland Werewolf Wedding (Werewolf Romance 11) was published on May 7, 2013. 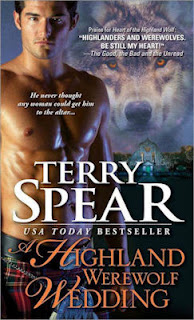 Combining Werewolves and Highlanders for the Ultimate Feast
By Terry Spear


When I wrote contemporary heroes, they were sweet, and attractive, and protective. But there’s something about a paranormal hero that is just hotter, and more powerful, and more sinfully hunky. It’s just…normal for them. Somehow.

Combine that with the already hunky, powerful, kilted, or not, Highland hero and you have the ultimate hero. Truly.

So the hot Highland wolves just keep on coming. In A Highland Werewolf Wedding, I had to have Cearnach wearing a kilt first thing. I love kilts and everything else that is worn with them—the dirk, the sporran, and what isn’t worn with them. Leaves much more to the imagination, aye?

So we find him in ye auld Scotland at first, and that was fun. Then again, when he’s attending a wedding in Highland formal dress. Only wolves do things a bit differently. In the old days, the Scots carried swords to a wedding to keep any man from stealing their bride. Now, today, they still wear their sgian dubh (dirk/dagger in their hose), but they leave the sword home. Not so with the Highland wolves. They go by the old ways—mainly because they still have trouble with other Highland wolf clans.

We have an American lass (she-wolf type), who runs our hero off the road, so he says—she says otherwise, and now she’s caught up in all this clan rivalry when she has nothing to do with any of it. Or does she?

But what does an American woman want our hero to do??? First…we see how gorgeous those hunky Highlanders look, abs and all, without their shirts. Yep. She tells him she thinks he should take it off to keep it from getting all wet. She’s smart.

But does she stop there? What do you think? Would you do if you were her?

She is absolutely not going to peek or ask what’s under the kilt. She’s going to suggest they shift into wolves. That takes care of the whole matter. Don’t you think? He’s got to remove his kilt then. Think he’s game?

I love Highland wolves. They’re just too sexy for their kilts.

So yeah, he starts out with wearing his kilt until the heroine talks him out of it. And at the end of the story, he’s wearing it again. And I just bet she’ll talk him out of it again!

Wouldn’t you loved to be loved by a Highland wolf?

About the Highland Wolves 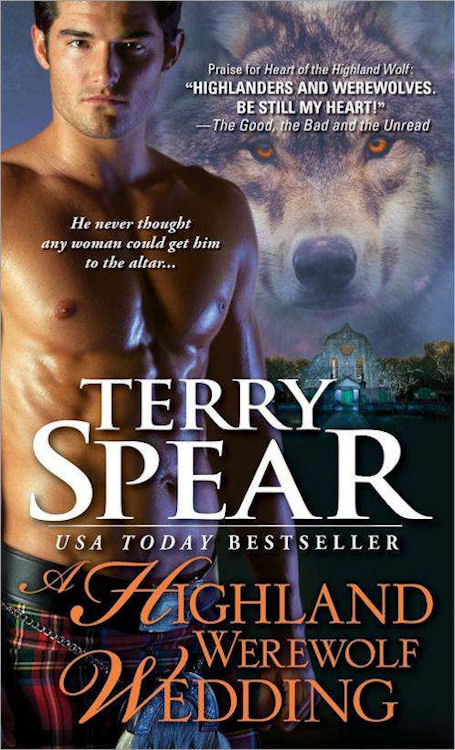 After werewolves Elaine Hawthorn and Cearnach MacNeill almost have a head-on collision on a foggy Highland road, they're pretty well stuck with each other. It'll be hours before anyone can get there to pull his car out of the ditch and they both have better places to be.

And Nowhere to Hide From Each Other...

The sexy little American brings out all of Cearnach's big bag protective instincts. If she thought she was in trouble before, Elaine has no idea what kind of complications a hot Scot can cause...

Delightful, steamy, and devilishly funny, join the hundreds of thousands of readers who already discovered that USA Today bestseller Terry Spear delivers a sizzle worth howling about. 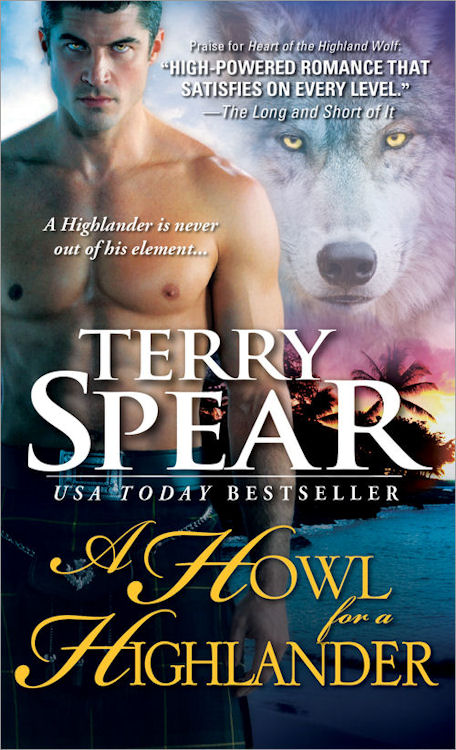 A Highland Wolf on a Mission...

Duncan MacNeill is hell-bent on catching the thief who's stolen the clan's fortune and run off to Grand Cayman Island. Duncan has rarely left his homeland and he couldn't care less about an island paradise. He never expected to find a beautiful distraction who will show him just how appealing paradise can be...

Lone wolf and botanist Shelley Campbell headed to the island to study the old growth forests. She didn't count on meeting a handsome Highlander who can't keep his paws off her. 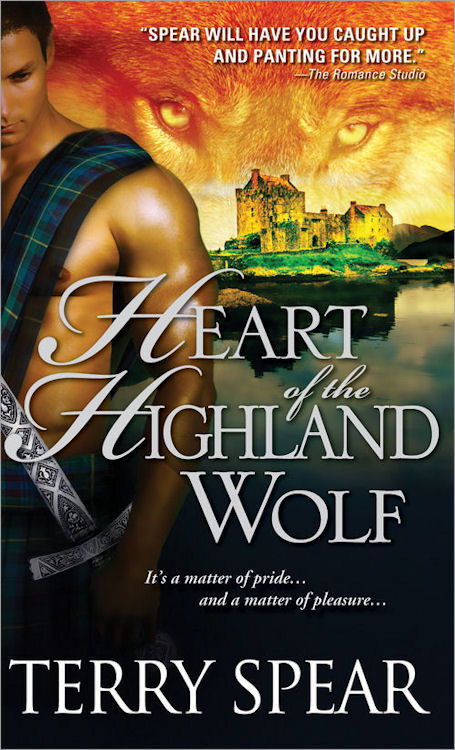 It's a matter of pride…

Modern day werewolf laird Ian MacNeill reluctantly allows a film production company to use his castle, but he knows his secretive clan has a big problem when a beautiful red werewolf female who insists she's working on the film keeps showing up in the wrong places… and a matter of pleasure…

Julia Wildthorn is not who she says she is—she's sneaking into Argent Castle to steal an ancient relic for her grandfather and to do research for her next werewolf romance novel. When she catches a glimpse of Ian, she realizes he's the perfect hero… 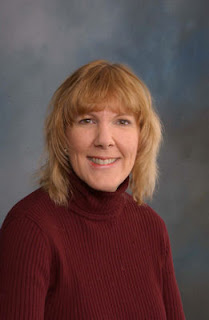 Bestselling and award-winning author Terry Spear has written over fifty paranormal romance novels and four medieval Highland historical romances. Her first werewolf romance, Heart of the Wolf, was named a 2008 Publishers Weekly’s Best Book of the Year, and her subsequent titles have garnered high praise and hit the USA Today bestseller list. A retired officer of the U.S. Army Reserves, Terry lives in Crawford, Texas, where she is working on her next werewolf romance and continuing her new series about shapeshifting jaguars. For more information, please visit www.terryspear.com, or follow her on Twitter, @TerrySpear. She is also on Facebook at http://www.facebook.com/terry.spear.

What:  One commenter will win a copy of A Howl for a Highlander from Sourcebooks. US/CANADA  ONLY

Who and When: The contest is open to all humans on the planet earth with a US or Canadian mailing address. Contest ends at 11:59 PM US Eastern Time on June 5, 2013. Void where prohibited by law. No purchase necessary. You must be 18 years old or older to enter.

Labels: A Highland Werewolf Wedding, A Howl for a Highlander, giveaway, Guest Blog, Heart of the Highland Wolf, Terry Spear, Werewolf Romance
Email ThisBlogThis!Share to TwitterShare to FacebookShare to Pinterest