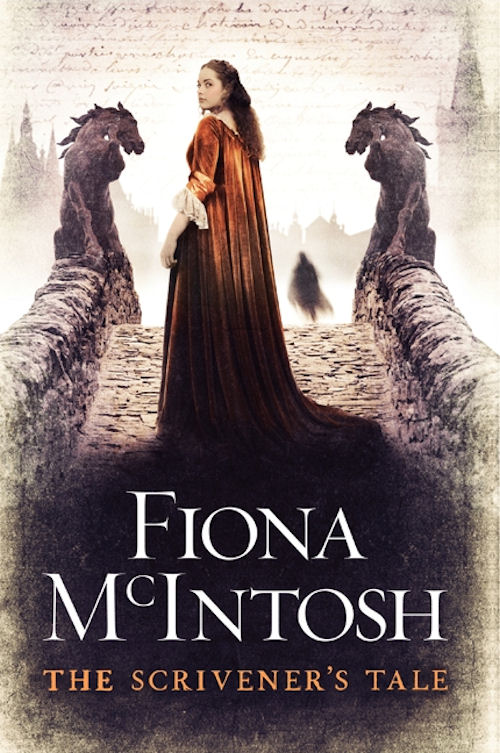 Gabe Figaret, an ex-psychologist turned writer, now works in a bookshop in Paris. He lives a quiet life as he attempts to rehabilitate his psyche from the ravages of his past. While he'd prefer to probe his own mind rather than a stranger's, he cannot refuse when Reynard, a doctor and one of his regular customers, asks Gabe to mentor a patient, a mysterious young woman named Angelina.

Angelina is shy. She is mute and delusional. At first, she appears to be terrified of Reynard. But Gabe quickly discovers that Angelina is not quite what she seems. As his relationship with the enigmatic Angelina deepens, Gabe's life in Paris becomes increasingly unstable. He senses a presence watching, lurking, following his every move.

When Angelina tells Gabe that he must kill her, and then flee to a fantastical realm she calls Morgravia, he is aghast. But Angelina gives him proof that Morgravia is not a delusion; it is real. Soon, Gabe's world will be turned upside down, and he will learn shocking truths about his past, and the perilous trials in his future.

The Scrivener’s Tale starts in modern day Paris with Gabe, a former psychologist, seeking refuge in the great city following the tragic death of his family. Life is pretty normal for Gabe who spends his time working in a bookshop and wandering the streets of Paris until he meets a damaged young girl, Angelina, who is in the care of one of his loyal customers, Reynard. They did not meet by chance, forever changing Gabe’s life.

The story is split between Gabe in Paris and the other lead character, Cassien. Cassien has led a harsh and lonely life, fighting for survival in a great forest in Morgravia, which is in an alternative universe. Cassien is probably the most empathetic character in the book and the most interesting. Abandoned as a baby, Cassien spends his childhood with the Brotherhood. The Brotherhood turn him into a warrior mostly through neglect and a brutal regime of torture and punishment. It is evident quite early on that Cassien is the hero of the tale.

A rather confusing chain of events brings the grieving widower, Gabe, to the Pearlis, the alternate Paris where he embarks on the adventure of his life….an adventure that might just end it. Predictably, Cassien has his own mission to fulfill that leads him into the path of the unsuspecting Gabe. The pair ends up in a battle to save Morgravia against a demon that has been waiting centuries to enact its revenge. Will they be successful? Will they survive? I won’t tell and you will have to read it to find out.

Although The Quickening series by McIntosh is set in Morgravia, The Scrivener’s Tale is a stand alone story. Currently it’s pretty unusual for an author to write just one book, but I am glad that McIntosh resisted the temptation to drag this story out over multiple books.

Normally I really like epic fantasy. Some of my all time favourite books are from this genre, so I was a bit disappointed that I didn’t enjoy The Scrivener’s Tale as much as I thought I would. The story started out quite engaging and it seemed that the plot was going to be complex. I was concerned at first that I would miss a plot point if I wasn’t paying 110% attention. I even took much longer than I normally would to read it so that I was in the right frame of mind to take everything in. Imagine my disappointment when I guessed every secret, intrigue and mystery. McIntosh spells everything out in long dialogue sequences rather than letting the readers figure it out themselves. I think that this tendency was one of the most disappointing aspects of the book. It all seemed very much like it had been done before.

McIntosh has a great imagination and is obviously adept at creating unique worlds, especially with Morgravia. I think that this story would have benefited from a little more mystery and a little less wrapping the plot up with a bow.