Tales From Lovecraft Middle School by Charles Gilman and Giveaway - May 17, 2013

I am a huge fan of H.P. Lovecraft. I started reading his works when I was a preteen. If you're a fan too or just want to read a really entertaining MG series, you should be reading the Tales from Lovecraft Middle School by Charles Gilman. If you have Middle Schooler (and up) who loves the paranormal and things that are creepy, get these books! They are a lot of fun and the covers change from "normal" to "creepy."

To celebrate the recent publication of Teacher's Pest, Quirk Books is giving away Tales from Lovecraft Middle School 1 - 3 and a poster! You may enter to win below. 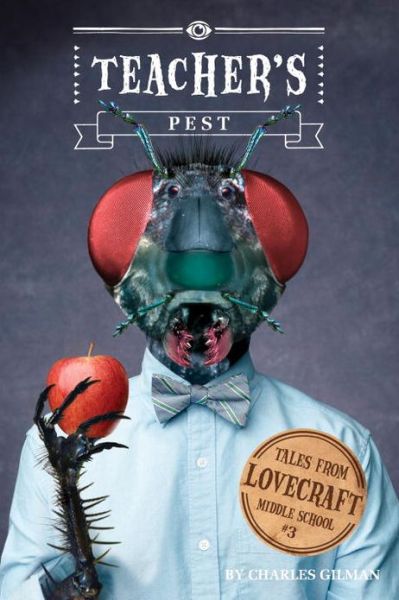 DON'T BE FOOLED by his friendly smile, his perfect manners, or his shiny red apple. Student council president Howard Mergler is actually a sinister bug-monster in disguise—and he's summoning swarms of roaches, wasps, fleas, and head lice into the corridors of Lovecraft Middle School! Twelve-year-old Robert Arthur is the only student who can stop him--but he'll need help from his best friends: the school bully, the school ghost, and an extremely courageous two-headed rat. 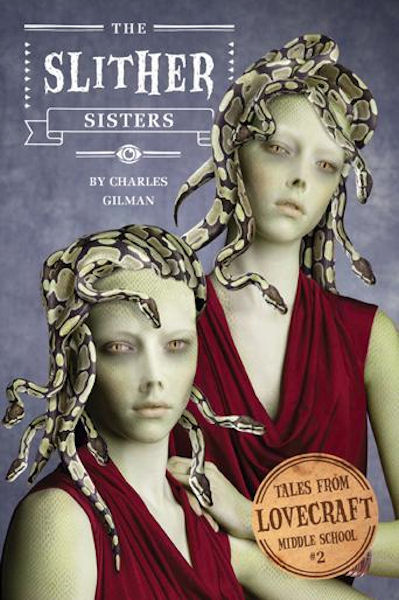 This second novel in the Tales from Lovecraft Middle School series begins right where Professor Gargoyle ended. Seventh-grader Robert Arthur has discovered that two of his classmates are actually sinister snake-women in disguise. Even worse, his new middle school is full of “gates” to a terrifying alternate dimension – a haunted mansion full of strange spirits and monstrous beasts. For Robert to protect his teachers and classmates, he'll need to return to this haunted dimension with his best friends Glenn and Karina. Can they uncover the secrets of Lovecraft Middle School before it's too late?

The Slither Sisters features more bizarre beasts, more strange mysteries, and more adventure. It's perfect for readers ages 10 and up. Best of all, the cover features a state-of-the-art “morphing” photo portrait – so you can personally witness the sisters transforming into their slithering alter egos. You won't believe your eyes! 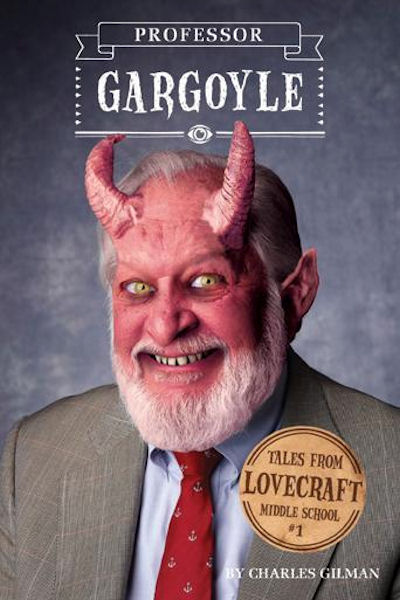 Strange things are happening at Lovecraft Middle School. Rats are leaping from lockers. Students are disappearing. The school library is a labyrinth of secret corridors. And the science teacher is acting very peculiar – in fact, he just might be a monster-in-disguise. Twelve-year-old Robert Arthur knew that seventh grade was going to be weird, but this is ridiculous!

Professor Gargoyle (Volume I in the Tales from Lovecraft Middle School series) is full of bizarre beasts, strange mysteries, and nonstop adventure. It's perfect for readers ages 10 and up. Best of all, the cover features a state-of-the-art “morphing” photo portrait – so you can personally witness the professor transforming into a monster. You won't believe your eyes! 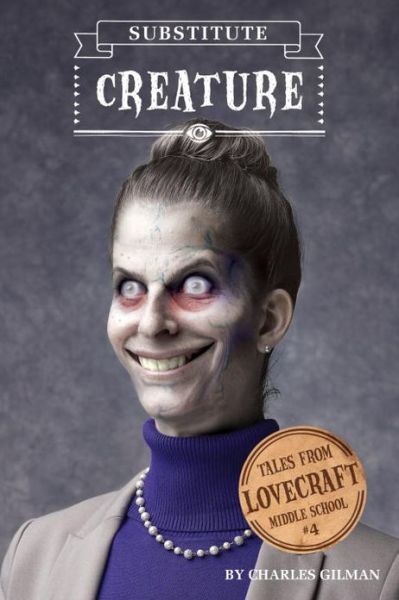 When a giant nor’easter dumps a blanket of snow on the village of Dunwich, Massachussetts, Robert Arthur and his friends find themselves marooned inside Lovecraft Middle School. The kids have no choice but to spend the night—while snacking on cafeteria food, sleeping on classroom floors, and facing off against a mysterious substitute teacher who may have a sinister secret.


Head to the Lovecraft Middle School website for more information about the novels plus games, and more.

What:  One commenter will win Tales from Lovecraft Middle School 1, 2 and 3 plus a poster from Quirk Books. US ONLY

Who and When:  The contest is open to all humans on the planet earth with a US mailing address. Contest ends at 11:59PM US Eastern Time on May 25, 2013. Void where prohibited by law. No purchase necessary. You must be 13 years old or older to enter.