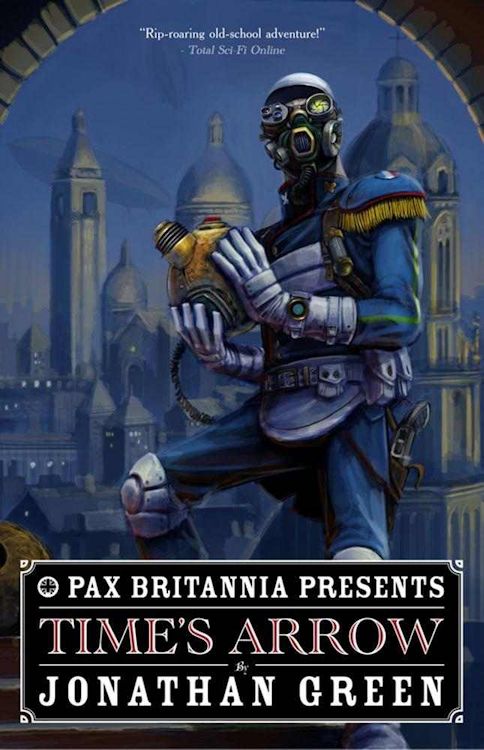 Steampunk hero Ulysses Quicksilver must race against time to save Paris from a terrible clockwork fate.

Paris. City of lights. City of lovers. City of dreams. Yet if one man gets his way its inhabitants will soon be forced to endure a nightmare such as they have never known. But dandy detective and Hero of the British Empire Ulysses Quicksilver is determined to get in his way; although he has problems of his own to deal with first before he can try to rescue the French capital from its earth-shattering fate. Arriving at a murder scene – with the dead man’s blood on his hands – Ulysses is forced to go on the run, so that he might track down the real killer. His intention: to clear his good name, and get back to England in one piece and as quickly as possible; for the love of his life is about to take a most ill-advised trip to the Moon. But that might be easier said than done, for the terrorist known only as ‘Le Papillon’ is preparing to bring chaos to the capital. When a butterfly flaps its wings, a wise man prepares for stormy weather. And with Ulysses Quicksilver involved, it’s bound to be the worst storm on record.

Time’s Arrow is another story in the life of Ulysses Quicksilver. In this installment of the series Quicksilver, following a quick sojourn through time, ends up in Paris and finds himself embroiled in the plot by a terrorist called ‘Le Papillion’ who wants to destroy the city. Quicksilver is desperate to solve the case so he can return to his timeline and stop his true love from taking a disastrous trip to the moon. Le Papillion hides behind a horrific cyborg ape who has been sent to kill several leading figures in Paris, ensnaring our hero Quicksilver in the process. Quicksilver is in a race against time to stop Le Papillion from destroying Paris and getting back to save his girlfriend.

I have to say I found this review extremely hard to write as I kept thinking I should have enjoyed Time’s Arrow more than I actually did and therefore, must have missed something that would have tipped it into the enjoyable zone. I haven’t read the other books based in the Pax Britania world but when I did some research I found out something quite unique as Time’s Arrow is in fact three separate books  - Red Handed, Black Swan and White Noise. The first book was published and then readers got to vote on how they wanted the series to continue. Abaddon published all three together as the 8th book in the overall series. I thought that this was a really great idea and innovative way to write and develop a book.

Despite the unique way of writing Time’s Arrow I did have a few issues with it. First of all I didn't find Quicksilver a very convincing hero. He seemed more concerned with saving his reputation then saving Paris and showed almost no concern when majestic landmarks in the city crumbled, killing thousands, all at the hands of Le Papillion. I also had a problem with Quicksilver being referred to as a dandy. In fact the author described Quicksilver as a dandy a total of 52 times (yes, I counted..well my Kindle counted for me). It wasn’t just the over use of the term that bothered me but the fact that Quicksilver was in no way a dandy or not at least in this installment of the series. Perhaps Green, should have referred to him as a ‘former dandy’ although not 52 times!