Interview with Emma Newman, author of The Split Worlds series - May 4, 2013 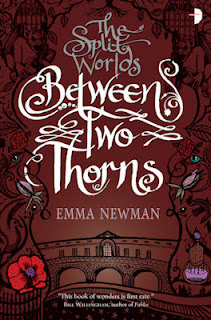 Emma:  Thank you, I'm delighted to be here!

Emma:  When I was 4, according to my grandmother, although I don't remember it! I'd been beavering away at her kitchen table for a while and when she asked what I was doing, I said "Writing a story, Nana."

I do remember writing stories throughout my childhood and into my teens. I think there were a number of reasons, chief amongst them being a disappointment that real life didn't have anything fantastical in it and writing to escape a lot of family troubles and upheaval. Certainly in my teens, writing fiction was my primary form of escapism. Well, that and Star Trek: The Next Generation.

Emma:  I don't think I could truly say any of my quirks are interesting. Right now, the only thing that comes to mind that could be considered a quirk is that every time I sit down to write something new I say out loud: "I give myself permission to write complete and utter crap." It helps me to combat fear and the dreaded internal censor.

Emma:  Both. I outline major story arcs – across each novel and across the series – and I outline character development and key decisions/actions as far as I can. Then I outline about five chapters or so – just single sentences, some details occasionally if it's a complex scene and then I write them. Once they are done – or earlier if the plan doesn't fit – I outline the next five. I can't plan any further ahead than that as the story evolves once I'm inside the scenes. Sometimes a decision seems realistic in planning, but when I'm there, really inside the character's heads, it just doesn't work. I like that though – I would be worried if it didn't happen, because it would be likely I was writing dull characters without their own internal consistency and motivations.

Emma:  Managing fear. Well, I find that the most challenging thing about life, really, and seeing as writing is my passion, my livelihood and what I want to do for the rest of my life, it only makes sense that it's the biggest challenge.

The fear makes it hard to start, hard to finish, hard to let others read it – the list is endless. It also makes it so hard to know if anything I'm writing is any good. I think that's a universal problem though; I've had many conversations with fellow writers along those lines.

TQ:  Describe Between Two Thorns in 140 characters or less.

TQ:  What inspired you to write Between Two Thorns?

Emma:  It grew organically. It started with a flash I wrote about a shopkeeper, an unhappy customer and a faerie in a bell jar and that turned into a weekly flash serial before I realised that what I was actually doing was building a world for my next series of novels.

So I suppose it kind of crept up on me.

TQ:  What sort of research did you do for Between Two Thorns?

Emma:  I visited several of the locations in Bath and London and took photos (I'm a bit of nerd when it comes to real world locations in books) and I read a lot of material about Regency and Victorian England, Anglo-Saxon politics, key events in British history and a lot of fairy tales. I've also read a lot about chemical elements, but don't want to give too much away.

Emma:  Sam was the easiest as he's just an average bloke who falls down the rabbit hole, so to speak. He's a mundane computer programmer living in Bath with an unhappy marriage, so I didn't need to make huge leaps of imagination to figure out how he'd react to the weird things that happen around him.

I think the hardest character was Cathy. I wanted her to be angry but not petulant, selfish but sympathetically so and she brings in a lot of the feminist themes that I really wanted to get right. It's been interesting seeing how people have reacted to her – I'm happy to say that many, many more people love her than I worried would be the case!

TQ:  Without giving anything away, what is/are your favorite scene(s) in Between Two Thorns?

Emma:  That's really hard to answer without giving anything away! When Lord Poppy first talks to Cathy is one of my favourites because he is just so delightfully horrid.

Emma:  Well, the second Split Worlds novel "Any Other Name" comes out in June and I've just handed in the third novel "All Is Fair" to my editor at Angry Robot. That's due out in October, so it's a busy year.

I'm starting my own podcast, so that's what I'm working on next, and, of course, the next novel but I can't say anything about that yet!

Emma:  And thank you for having me! 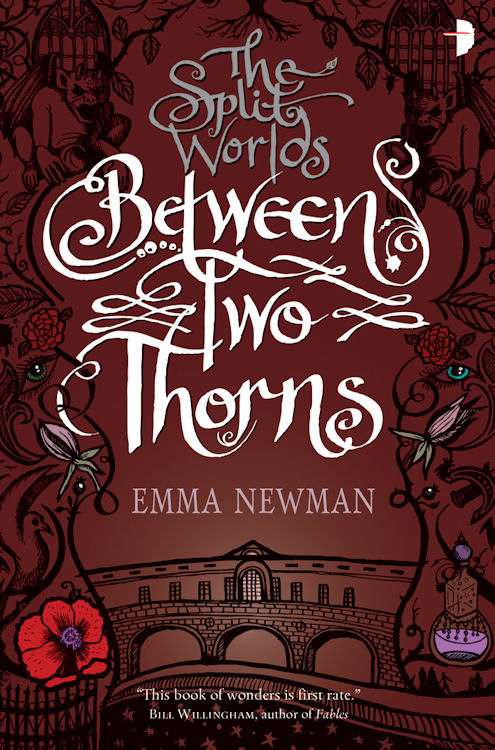 Something is wrong in Aquae Sulis, Bath’s secret mirror city.

The new season is starting and the Master of Ceremonies is missing. Max, an Arbiter of the Split Worlds Treaty, is assigned with the task of finding him with no one to help but a dislocated soul and a mad sorcerer.

There is a witness but his memories have been bound by magical chains only the enemy can break. A rebellious woman trying to escape her family may prove to be the ally Max needs.

But can she be trusted? And why does she want to give up eternal youth and the life of privilege she’s been born into?

File Under: Urban Fantasy[ Gargoyle Sidekick | Finder's Keepers | A Rose By Any Other Name | Manners ] 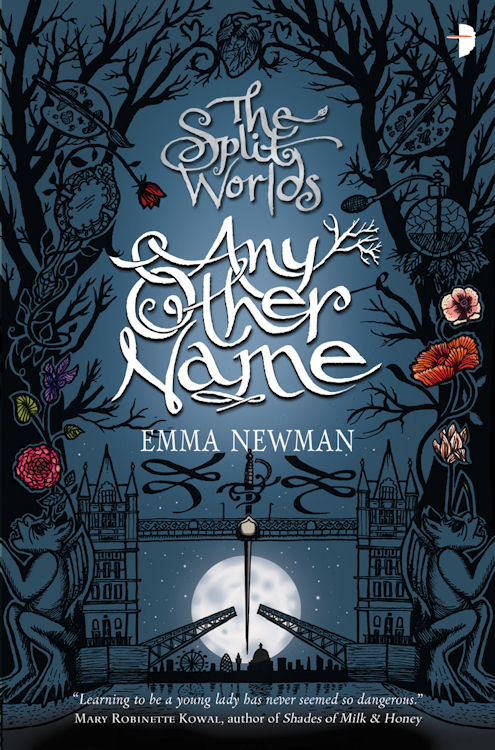 It’s been an interesting year…

Cat has been forced into an arranged marriage with William – a situation that comes with far more strings than even she could have anticipated, especially when she learns of his family’s intentions for them both.

Meanwhile, Max and the gargoyle investigate The Agency – a mysterious organisation that appears to play by its own rules – and none of them favourable to Society.

Over in Mundanus, Sam has discovered something very peculiar about his wife’s employer – something that could herald a change for everyone in both sides of the Split Worlds.

In love and war nothing is safe.

William Iris struggles to keep the throne of Londinium whilst hated by his own court and beset by outsiders, while Cathy discovers the legacy of her former governess. But those who dare to speak out about Society are always silenced. Sometimes for good.

While trying to avoid further torments from the mercurial fae, Sam finds himself getting tangled in the affairs of the Elemental Court. But an unexpected offer from the powerful and enigmatic Lord Iron turns out to be far more than Sam bargained for.

Max and the gargoyle are getting closer to uncovering who is behind the murder of the Bath Chapter and the corruption in London and Max finds the gargoyle's controversial ideas harder to ignore. Can he stay true to his sworn duty without being destroyed by his own master, whose insanity threatens to unravel them all?

File Under: Fantasy [ Grotesquerie | The Throne of London | Elementary, My Dear | Among Many Thorns ] 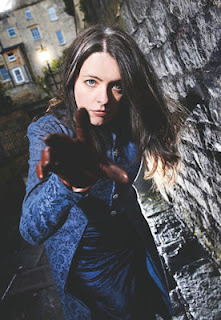 Emma lives in Somerset, England and drinks far too much tea. She writes dark short stories, post-apocalyptic and urban fantasy novels and records audiobooks in all genres. The first book of Emma's new Split Worlds urban fantasy series called "Between Two Thorns" was recently published by Angry Robot Books. She is represented by Jennifer Udden at DMLA. Her hobbies include dressmaking and playing RPGs. She blogs at www.enewman.co.uk, rarely gets enough sleep and refuses to eat mushrooms. You can sign up for a year and a day of free weekly stories set in the Split Worlds at www.splitworlds.com.

Labels: 2013 DAC Interview, 2013 Debut Author Challenge, All is Fair, Any Other Name, Between Two Thorns, Emma Newman, The Split Worlds
Email ThisBlogThis!Share to TwitterShare to FacebookShare to Pinterest