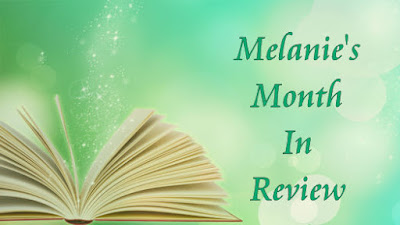 Welcome to my very first Month in Review. If you have been following my Week in Review then hopefully you still also enjoy my brand new monthly post. If you are new then I hope you enjoy hearing about what I have been reading.

September has been a nightmare on my work/life balance and as a result I haven't had a lot spare time to read. I have however, read a couple of 'goodies' and maybe a not soo goody to tell you about. I also had the opportunity to treat you to not 1 but 2 full reviews. Yipee!

I am going to start this post with a review of the audio books that I have been listening to. I have really gotten into audio books after not really enjoying them for years. This may or may not have something to do with my love of all things Hugh D'Ambray and the perfectly cast narrator Steve West.

Despite the fact that I have read and re-read White Hot and Wildfire by Ilona Andrews I decided to try the audio versions, narrated by Andrew's favourite narrator Renee Raudman. So I have listened to quite a few of Andrews' audiobooks over the last few months and I wasn't convinced that Raudman would make as convincing a Nevada Baylor as she did Dina Demille. I quite enjoyed these two instalments of the Hidden Legacy Trilogy. I thought that Raudman's vocal range worked well for both male and female characters and she didn't have the southern twang that she sported in previous recordings. The pace of the recording worked well and built the drama and action of the story. If you haven't read the books in this series then give the audio books a go. 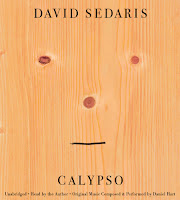 Another fantastic audio release is David Sedaris' Calypso. We get a hilarious glimpse of Sedaris' life as he hits middle age. This book takes you from 'lol'ling about one of Sedaris' observations to feeling quite mournful as he recounts the events following the suicide of his sister Tiffany. It is a book of highs and lows and really makes you respect Sedaris' keen powers of observation and self deprecating sense of humour.

America - you are soo lucky to have Sedaris as one of your own but we have him now! Safely picking up roadside garbage in Sussex. You can't have him back!

I discovered that book 5 of Dannika Dark's Crossbreed series had been released and decided to give it a read. Blackout follows almost immediately after the events of book 4. Raven has no memory of her relationship with the vamp Poe and Shepherd struggles with the knowledge he has a child. More crossbreed madness is on horizon for the Keystone gang when a blackout hits the city and breed leaders end up dead. Keystone have a mission to do and the clock is ticking.

As the series progresses Dark has made the decision to increase the number of POV chapters, randomly swapping between characters but still focusing on Raven's experiences. There are only two words I can use to describe Blackout and they are 'hot and mess'. The random swapping of POV chapters really disrupted the story and the story itself wasn't that coherent in the first place. There is very little to the 'whose behind all the bad stuff' mystery and I predicted every major plot point. I decided not to continue with this series as I just don't care what happens to Raven or the other ragtag Keystone crew.

The final book I have to tell you about is Foundryside by Robert Jackson Bennett. I actually started this book quite a while ago and finally decided to pay it some attention and finish it. Qwill reviewed this book back in August so check out what she thought.

Foundryside took me by surprise. Usually for me, Jackson's stories hit me with a big KAPOW from the first few pages and I am in there, loving the characters and loving the story. This time, it took me a little longer to warm up to Sancia and Gregor. I found it difficult, at first, to know what was going on and how the characters and civilization all fit together. Because I wasn't immediately engaged I got distracted by other books and left Foundryside for several weeks. In retrospect this actually worked in my favour. While it took me a little bit longer to get into the story once I did I was completely hooked. Sancia was a little bit different and her past experiences were horrific but shaped her into the hero she didn't think she could be. Bennett added some really good twists to make sure that we all paid attention and didn't feel the need the spoon feed us with lots of backstory. In the end I thoroughly enjoyed Foundryside and while it will take quite a bit for it to eclipse his Divine Cities series for me I am willing to it a go.


This isn't quite it for my September reads  - be sure to check out my full reviews of Magic Triumphs by Ilona Andrews and Phoenix Unbound by Grace Draven. Well folks here endeth my first MMiR. I hope you enjoyed it. See you in October! 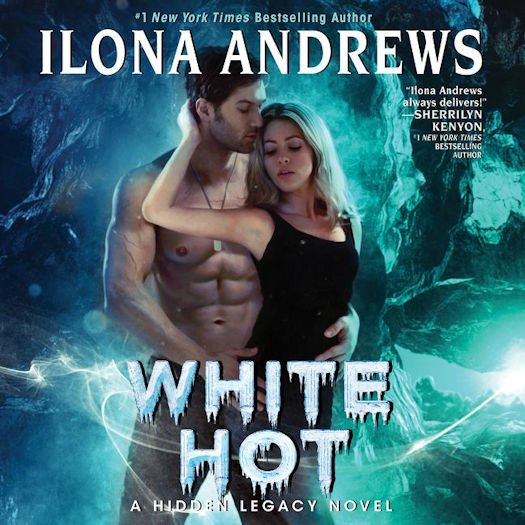 Nevada Baylor has a unique and secret skill—she knows when people are lying—and she's used that magic (along with plain, hard work) to keep her colorful and close-knit family's detective agency afloat. But her new case pits her against the shadowy forces that almost destroyed the city of Houston once before, bringing Nevada back into contact with Connor "Mad" Rogan.

Rogan is a billionaire Prime—the highest rank of magic user—and as unreadable as ever, despite Nevada’s “talent.” But there’s no hiding the sparks between them. Now that the stakes are even higher, both professionally and personally, and their foes are unimaginably powerful, Rogan and Nevada will find that nothing burns like ice … 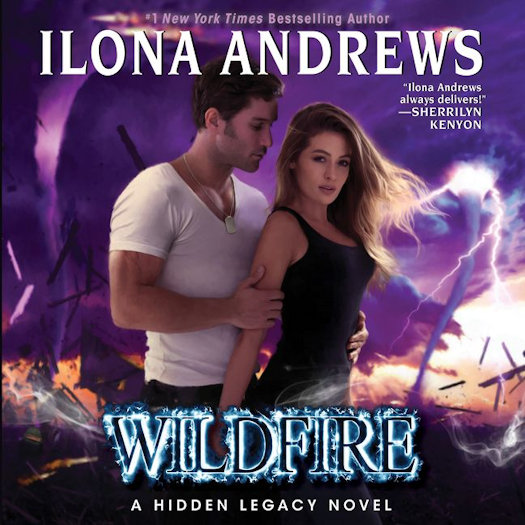 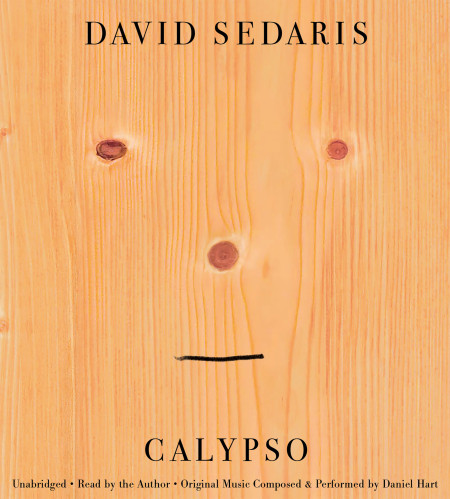 David Sedaris returns with his most deeply personal and darkly hilarious book.

If you’ve ever laughed your way through David Sedaris’s cheerfully misanthropic stories, you might think you know what you’re getting with Calypso. You’d be wrong.

When he buys a beach house on the Carolina coast, Sedaris envisions long, relaxing vacations spent playing board games and lounging in the sun with those he loves most. And life at the Sea Section, as he names the vacation home, is exactly as idyllic as he imagined, except for one tiny, vexing realization: it’s impossible to take a vacation from yourself.

With Calypso, Sedaris sets his formidable powers of observation toward middle age and mortality. Make no mistake: these stories are very, very funny–it’s a book that can make you laugh ’til you snort, the way only family can. Sedaris’s powers of observation have never been sharper, and his ability to shock readers into laughter unparalleled. But much of the comedy here is born out of that vertiginous moment when your own body betrays you and you realize that the story of your life is made up of more past than future.

This is beach reading for people who detest beaches, required reading for those who loathe small talk and love a good tumor joke. Calypso is simultaneously Sedaris’s darkest and warmest book yet–and it just might be his very best. 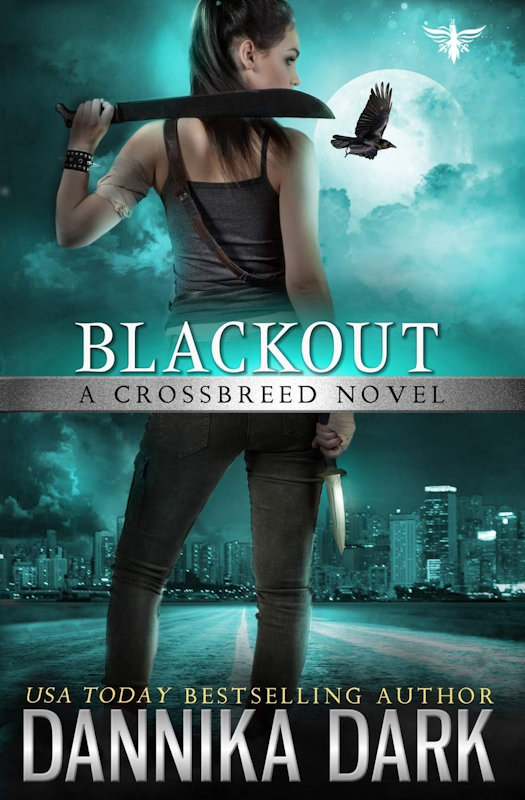 After what was supposed to be a simple job, Raven and Christian uncover a sinister plot against the higher authority, and the stakes are as high as the body count. The assassins are merciless, with anyone who stands in their way becoming collateral damage. Meanwhile, Raven is still struggling to make sense of her feelings for Christian following a memory wipe.

During a blackout, the city erupts into chaos. With Breed on the brink of war, Keystone has only twenty-four hours to complete a secret mission. Raven seeks help from the most unlikely of places, but at what cost?

It’s a race against time to save lives in this explosive installment of the Crossbreed series. 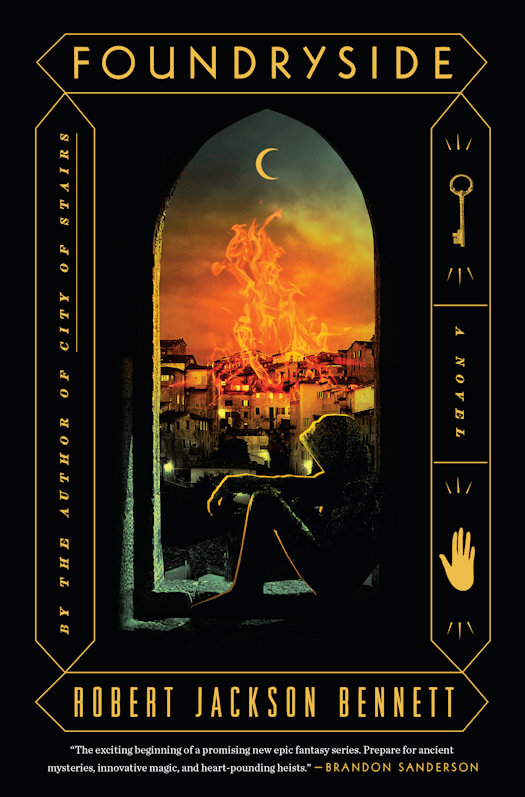