Interview with Larry Allen, author of A Forgotten Legacy


Please welcome Larry Allen to The Qwillery. A Forgotten Legacy was published in April 2018 by Waquoit Press. 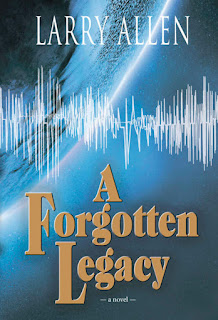 Larry:  Generally a plotter. My upcoming novel project, though, began by pantsing; I had what I though was a good idea and decided to run with it and see where it went. I got about ten thousand words in and hit a stone wall, so I reverted to type, put together a plot outline, and began moving forward again. Where I landed was nowhere near the outline, but it did break the logjam. I'm reminded of the old Eisenhower quote "... plans are useless, but planning is indispensable"

I have always found that plans are useless, but planning is indispensable
Read more at: https://www.brainyquote.com/quotes/dwight_d_eisenhower_164720

Larry:  Discipline, definitely. I'm most productive when I put in the hours. Sadly, Real Life™ intrudes, which is really no excuse - we all have the same 168 hours a week; it's what we do with them that makes the difference. So I'll take this question as a gentle reminder to get back to work.

Larry:  Partly the old masters: Asimov, Heinlein, Sterling... Some of their work can seem archaic by contemporary standards, but even if a story is dated, we can learn from it. Aesop's fables have held up remarkably well over the last 2500 years. But I also draw from my engineering background - when a new piece of technology appears on the scene, it's fun to extrapolate where it might go. Unless the extrapolation leads to the end of the world. I hate stories where everyone is dead at the end.

Larry:  Do I really have to? (That's 5 words). Seriously, though, how about "Be bold. Surprise even yourself."

TQ:  Tell us something about A Forgotten Legacy that is not found in the book description.

Larry:  Most of the first contact stories I've ever read involve grandiose missions that go well. Whether it's diplomatic outreach or alien invasion, the recurring theme is a master strategy executed according to plan. But in the real world, things go wrong. Part of what motivated my writing 'Legacy was that it would be interesting to explore what might happen if things go sideways in a big way. Apollo 13 on steroids?

TQ:  What inspired you to write A Forgotten Legacy? What appeals to you about writing Science Fiction?

Larry:  The big inspiration was the idea that we're all more than we think we are. It may take us some time to discover in what way that's so. Some of us go a lifetime without ever making that discovery. For me, the big appeal of Science Fiction is that the opportunities to explore are limitless - if you don't like the world you're in, you can make a new one... and another, and another. I've got some ideas for mainstream action/adventure novels, but my ideas for Science Fiction projects keep crowding them out. Chase my muse, or play to a wider audience? I guess I've made my choice.

TQ:  What sort of research did you do for A Forgotten Legacy?

Larry:  The broad strokes were material I already knew, so most of my research was into the sort of minutiae that, when you get it right nobody notices, but when you get it wrong your reader rolls her eyes, puts the book down, and clicks one star on the review page. For me, this included everything from calculating the apparent diameter of a planet from a particular orbit, down to what fraction of human cultures kiss (Most of them, it turns out, and even some simians). With the internet, there's really no excuse for getting these things wrong. And I hope that there's not some fundamental oversight in 'Legacy that makes me eat these words.

TQ:  In A Forgotten Legacy who was the easiest character to write and why? The hardest and why?

Larry:  The protagonist was definitely the easiest character to write, because of there's a lot of me in him, both by nature and life experience. The book isn't remotely autobiographical, but I'd like to believe that if I was placed in Greg's situation, I'd have the courage to do what he does.

The hardest? Probably the villain's significant other. She's a cool, perfectly heartless sociopath, and she was inspired by a real-life business associate from some years ago. My most effective technique for getting a character right is to imagine myself as that character, going through the scene. But in this case, doing so just gave me the creeps. I've got an idea for another novel, but the protagonist is an utterly amoral monster, so it will probably never get written.

TQ:  Give us one or two of your favorite non-spoilery quotes from A Forgotten Legacy.

Larry:  Its tough to chose something that will stand alone, out of context. But hopefully these will illustrate the tone of the book, without revealing the content.


"Late arrival? On your record. Too long between calls? On your record. More than average duration of bathroom breaks? Well, not necessarily on your record, but it would turn up in the report sent to your team leader at the end of each week, and you’d surely be spoken to."

"...his gaze shifted from window to window, reading signs and examining merchandise offered for sale. Some items were easily identifiable... [but] other signs were utterly confusing, such as the one that said ‘Psychic Readings’. A narrowly focused specialty bookstore, possibly?"

Larry:  What's next is another novel: The Sixth World. Without giving away too much, it's a story set on a future Utopian earth, but in which the protagonist discovers a deeply buried fatal flaw in that society; one that makes it's eventual collapse inevitable. In addition to making some observations about our own world that I hope my readers will find thought-provoking, I'll also be taking them to some pretty interesting new places. It's out with beta readers now, and I hope it will be released it early next year.

Larry:  Well thank you for inviting me! I hope we'll be able to do this again some day. 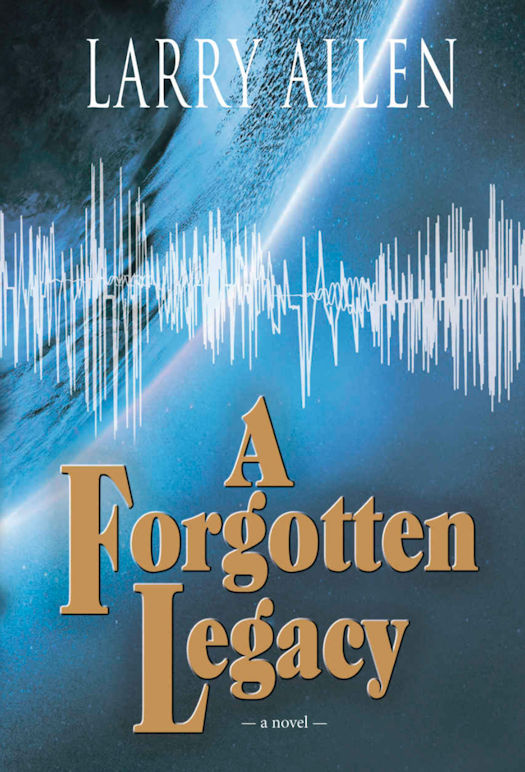 David Frey signed on as a mission specialist for the Endeavor's inaugural interstellar expedition - a chance to be among the first to visit another world. But after a devastating shipboard disaster, he finds himself marooned and alone, trillions of miles from home.

Greg Parker commutes between a dead-end job and a loveless marriage, his dreams of a life at sea long abandoned.

Christopher Bishop's high-tech empire has made him one of the most successful men in the world. But something he's tried to find for a generation still eludes him.

Much to all of their surprise, their lives are about to converge in a way that none of them could possibly have imagined.

Written by an engineer and pilot, A Forgotten Legacy will be a compelling read for science fiction fans, as well as those who just want to enjoy an entertaining, suspenseful adventure. 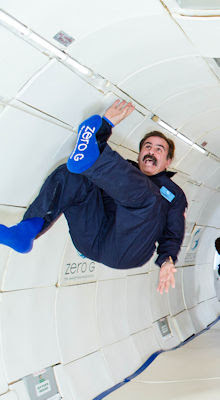 When not working on his latest science fiction novel or short story, Larry Allen consults for the electronic engineering and embedded computing industries. He spends his recreational time flying light airplanes, long-distance bicycling, traveling, and of course voraciously reading. On rare occasions he has been observed taking the Polar Bear Plunge. He prefers cats to dogs, and lives with his wife on Cape Cod.