MAESTROS, Vol. 1 In Stores This October

The Maestro and his entire royal family have been murdered. Now, his banished son from Earth will inherit the Wizard King’s throne—along with a spell that turns its user into God. With enemies everywhere, will this Orlando-born millennial be able to keep his new magic kingdom?

It will be available in bookstores on Tuesday, November 6th and can be pre-ordered via Amazon, Barnes & Noble, Books-A-Million, Indiebound, and Indigo.

“Part Harry Potter, part Heavy Metal (with maybe a dash of Guardians of the Galaxy
Vol. 2 in there for good measure), MAESTROS pairs magic with some of the
pertinent moral questions of our collective moment.” —Comic Book Resources

“MAESTROS is a masterpiece, with one of the best first issues I’ve ever read. Steve
is somehow an even greater writer than he is an artist. Get ready for your new
favorite comic.” —Brian K. Vaughan

“The art: this is what got me to pick up this book. The visuals are incredible. I haven’t
seen art this detailed since I encountered the work of Geoff Darrow years ago.”
—Sci-Fi Pulse

“I'm loving this story and find it to be a truly original and engaging concept. It's well
written, filled with likeable characters—yes, even the baddies are likeable—and the
art speaks for itself.” —Impulse Gamer

“Steve Skroce continues to amaze and inspire me. He pushes himself and the
medium of comics past the four-color and into the technicolor. There is a Maestro
behind MAESTROS.” —Geof Darrow

“A beautifully drawn book pulsing with details you can’t imagine, featuring wizardry
cloaked in a sheen of sarcastic sleaze.” —The Oregonian

“This acerbic book promises to be a nice balance to all the more serious fantasy
stories in comics right now, and that it looks good while doing it is icing on the cake.”
—Uproxx

“Skroce’s expert sequential storytelling and detailed style are a rare treat, and the
opportunity to see him drawing exactly what he pleases is the kind of comics
serendipity that only the creator-owned realm can offer.” —Paste Magazine

“With MAESTROS, Skroce demonstrates his true expert level conducting skills at
weaving together a story and artwork that leave the mind yearning for more.”
—Comicosity

“MAESTROS brings new life to the fantasy genre, and is without question one of the
best comic books available today. 10/10!” —AiPT!

“MAESTROS is a Skroce Hadron Collider where panel-packed action slams into his
wicked sense of humor releasing some of the most original and gleeful fun comics
has seen in some time.” —Lana Wachowski, co-creator of The Matrix and
Sense8 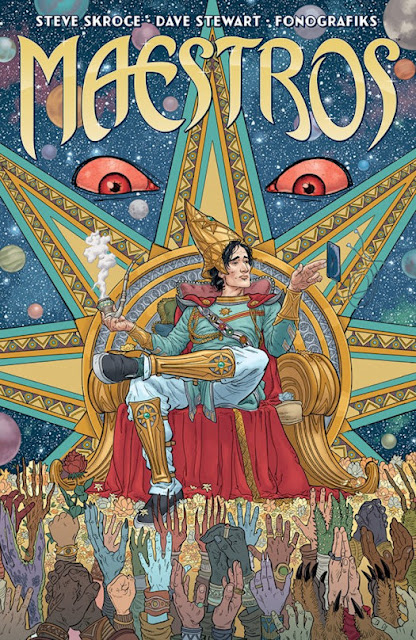 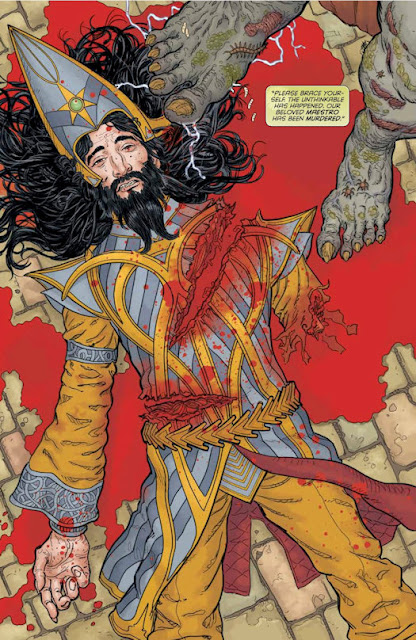 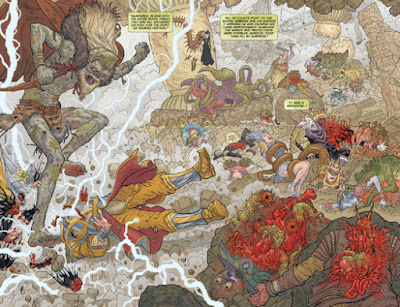 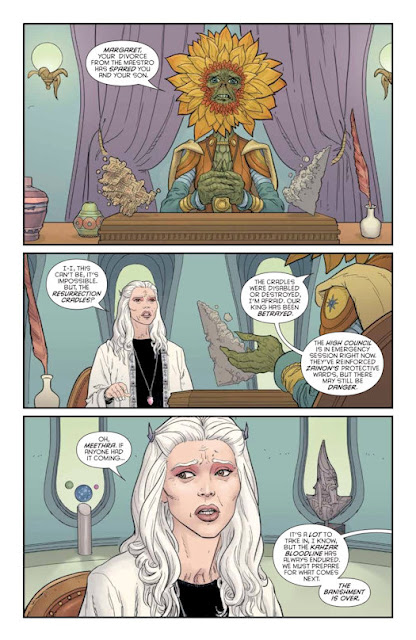 [click to embiggen]
ABOUT IMAGE COMICS
Image Comics is a comic book and graphic novel publisher founded in 1992 by a collective of bestselling artists. Image has since gone on to become one of the largest comics publishers in the United States. Image currently has five partners: Robert Kirkman, Erik Larsen, Todd McFarlane, Marc Silvestri, and Jim Valentino. It consists of five major houses: Todd McFarlane Productions, Top Cow Productions, Shadowline Comics, Skybound Entertainment, and Image Central. Image publishes comics and graphic novels in nearly every genre, sub-genre, and style imaginable. It offers science fiction, fantasy, romance, horror, crime fiction, historical fiction, humor and more by the finest artists and writers working in the medium today. For more information, visit www.imagecomics.com.
Posted by Qwill at 6:25 AM