Please welcome Gene Doucette to The Qwillery. The Spaceship Next Door, the 1st book in the Sorrow Falls series, was published on September 4th by John Joseph Adams/Mariner Books. 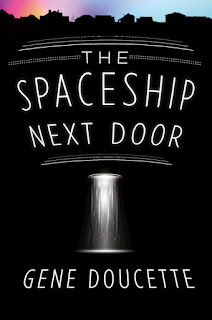 TQ:  Welcome to The Qwillery. You've written over a dozen novels. Has your novel writing process changed over the years?

Gene:  I’m a lot faster now. I’ve said in the past that every time I start a new novel it feels like I’m reinventing the form. Not in a pretentious sense, more like I legit do not know how novels work, but I’m gonna do this anyway. It still feels that way, but I have a lot more practice, so the things that used to take a long time to work out, I’m getting to in the first draft.

Gene:  I’m a pantser. The only reason I keep writing something is because I legitimately do not know how I’m getting to the ending, and am looking forward to finding out.

TQ:  What is the most challenging thing for you about writing? How does being a screenwriter and playwright affect (or not) your novel writing?

Gene:  Honestly, being a pantser is exhausting. I know perfectly well that I’m never getting to the ending if I outline the book, but the other approach is a lot like jumping out of an airplane and building a parachute out of spare parts on the way down. At this point in my career, I know exactly what parts I need before jumping, but it’s still terrifying.

The screenwriting and playwriting doesn’t really impact me, only because I’m not doing both at the same time. If I were, it would be a mess, because they’re very different disciplines.

TQ:  Describe The Spaceship Next Door using only 5 words.

TQ:  Tell us something about The Spaceship Next Door that is not found in the book description.

The book is more a mix of genres than it might seem on the surface. (This is the most spoiler-free way to say what I want to say here.)

TQ:  What inspired you to write The Spaceship Next Door? What appeals to you about writing Science Fiction?

Gene:  I’m not sure what inspired me, but I’m interested in writing things when I honestly don’t know if I can pull it off, so I suppose it was at least partly a dare. The kernel of an idea that got me started (A spaceship lands, and then doesn’t do anything) came along as my mind wandered while I was in the middle of reading someone else’s fiction, which is a good argument in favor of both reading and daydreaming.

I like writing both science fiction and fantasy because that appears to be where all of my ideas live. Up to this point, I’ve been something of a minimalist, taking ‘our world’ as it is and making one or two tiny changes, then seeing what happens. The best place to explore that kind of thing is in sci-fi/fantasy.

TQ:  What sort of research did you do for The Spaceship Next Door?

Gene:  Practically none. I mostly used science I already had a layman’s familiarity with. I had to look up Cherenkov radiation for one part, but that was really all.


TQ:  Is the town Sorrow Falls, Massachusetts based on any non-fictional towns?

Gene:  It’s based on multiple towns. I went to high school in Northfield Massachusetts, so for three years (during the school year; it was a boarding school) I lived in the Connecticut River valley, among towns just like Sorrow Falls. I did a lot of mental location scouting when putting the town together. So, if you’re familiar with the area and think one particular place is the basis for Sorrow Falls, you’re probably at least partly correct.

TQ:  In The Spaceship Next Door who was the easiest character to write and why? The hardest and why?

Gene:  Annie Collins was the easiest to write, and I couldn’t even begin to tell you why. On the surface, she probably shouldn’t be near the top of the list given she’s a sixteen year old high schooler and I just turned fifty. But we clicked as soon as I started writing her dialogue.

Hardest? I’m really not sure. I guess Ed Somerville. Working out how much he knew, why he was there, and what he was capable of took a lot of drafts, so his character went through several iterations.

TQ:  Which question about The Spaceship Next Door do you wish someone would ask? Ask it and answer it!

Q: what’s with the omniscient narration?

A: what a fantastic question!

I love omniscient third, and hardly anyone uses it anymore. If I’m remembering correctly, my very first stab at novel writing was in the eighth grade when I worked on what could charitably be called “Douglas Adams fan fic” and he loved his omni third voice. It’s excellent for the comedic sensibility I’m typically interested in exploring.

The challenge was working out when to use it and when to drop out of it. The entire first chapter is in omniscient third, and after that there are parts throughout where it comes back in, usually at the beginning of chapters. Learning to start there and then drill in to close third (following things from the perspective of a character) was fun.

TQ:  Give us one or two of your favorite non-spoilery quotes from The Spaceship Next Door.

Gene:  “The road had been widened and paved for exactly two reasons: one was to get large, heavily armored vehicles to the spot quickly to defend the nation and the world against an impending alien attack that was exceedingly tardy…”

“The plaza was kind of typical for the region, which was to say it was a pavement-heavy consumer oasis that made everyone a little sad about capitalism.”

Gene:  I’m buttoning up book five in my Immortal series. Like the above-mentioned alien attack, it’s exceedingly tardy. I published the fourth book almost two years ago and it ended on surprise. The new book is called Immortal From Hell and I should have it out by December.

After that, I’m going to be juggling a sixth Immortal book with possibly a third book for Annie Collins and Sorrow Falls (there’s already a second—The Frequency of Aliens). I also have a third thing in the back of my mind that I’m not ready to start writing yet, but which I’m excited about. I can’t say more on that just now.

Gene:  Thanks for having me! 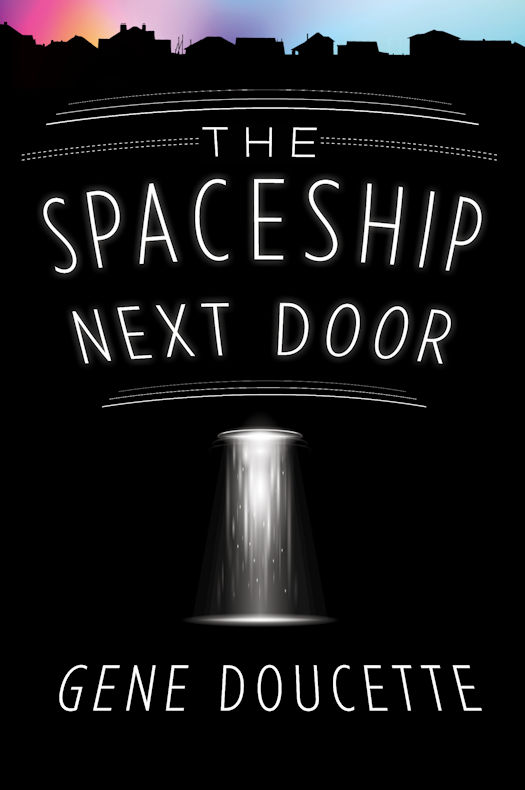 Three years ago, a spaceship landed in an open field in the quiet mill town of Sorrow Falls, Massachusetts. It never opened its doors, and for all that time, the townspeople have wondered why the ship landed there, and what—or who—could be inside.

Then one day, a government operative—posing as a journalist—arrives in town, asking questions. He discovers sixteen year old Annie Collins, one of the ship’s closest neighbors, and a local fixture, known throughout the town, has some of the answers.

As a matter of fact, Annie Collins might be the most important person on the planet. She just doesn’t know it. 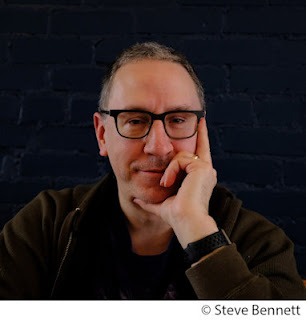 Gene Doucette is the author of the best-selling The Spaceship Next Door, the sci-fi mystery Unfiction, sci-fi thriller Fixer, and The Frequency of Aliens, a sequel to The Spaceship Next Door. He also writes the Immortal novels, a fantasy series. He is also an award‑winning screenwriter and playwright. He lives in Cambridge, Massachusetts.