PORTLAND, OR, 09/12/2018 — Writer and co-creator of bestselling and Eisner Award-nominated THE WICKED + THE DIVINE, Kieron Gillen teams up with highly sought-after artist Stephanie Hans in an all-new, ongoing series titled DIE. The series will launch with an oversized debut issue from Image Comics this December.

DIE is a pitch-black fantasy where a group of adults have to deal with the returning unearthly horror they barely survived as teenage role-players.

Perfect for fans of THE WICKED + THE DIVINE’s urban fantasy, DIE can best be described as Jumanji with goth sensibilities.

“It's worryingly zeitgeisty. Role-playing games are part of the cultural conversation in a way they haven't been since the 1980s,” said Gillen in an exclusive interview with The Hollywood Reporter. “I suspect DIE is going to sit a little apart from most of it, especially the comics. Most of the D&D comics either are straight satires or leaning into the fun and games of those memories. We're a lot bleaker. It's me, so it's still playful, but I take fantasy games as seriously as I take pop music and this is a product of that.”

Hans similarly has experience in playing Role-Playing Games (RPGs) and likened the collaboration and creative process of building out the world of DIE to them. “I always think that working as a team is like a dance. You have to trust your partner while he does the same. Funny enough, I see panels as music notes,” Hans told The Hollywood Reporter. “But in this one, Kieron is a lot like the gamemaster, I trust him to build a beautiful narrative while I do the gesticulation. Worth mentioning: when I was still role-playing, I used to describe an RPG as a beautiful story that you create as a group. In a way, we have come full circle.” 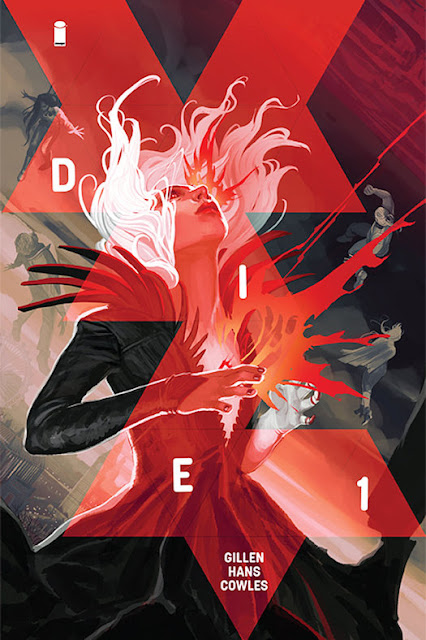 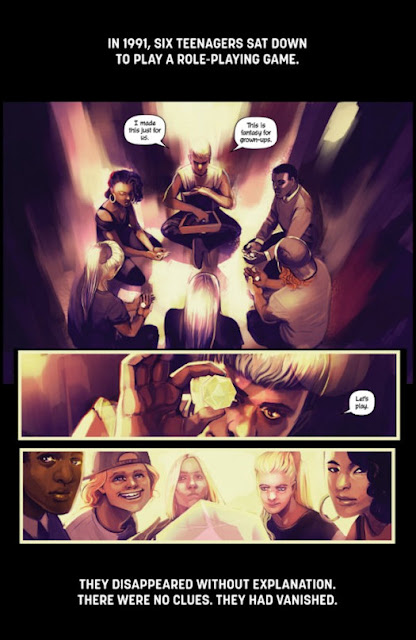 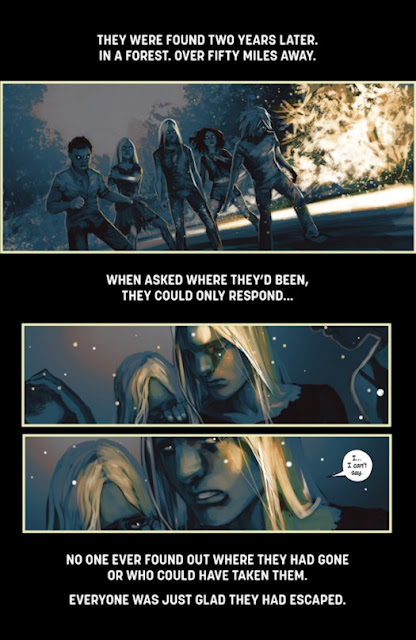 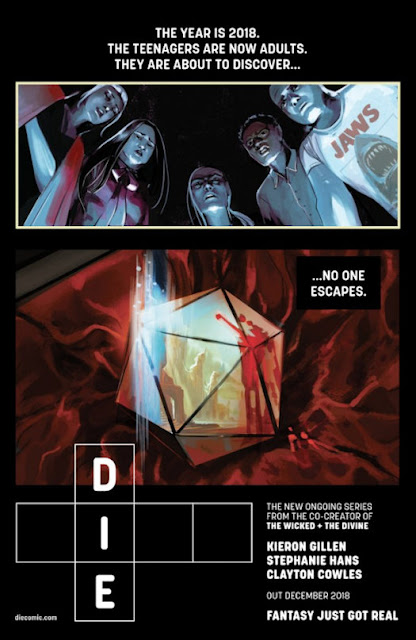 
ABOUT IMAGE COMICS
Image Comics is a comic book and graphic novel publisher founded in 1992 by a collective of bestselling artists. Image has since gone on to become one of the largest comics publishers in the United States. Image currently has five partners: Robert Kirkman, Erik Larsen, Todd McFarlane, Marc Silvestri, and Jim Valentino. It consists of five major houses: Todd McFarlane Productions, Top Cow Productions, Shadowline Comics, Skybound Entertainment, and Image Central. Image publishes comics and graphic novels in nearly every genre, sub-genre, and style imaginable. It offers science fiction, fantasy, romance, horror, crime fiction, historical fiction, humor and more by the finest artists and writers working in the medium today. For more information, visit www.imagecomics.com.
Posted by Qwill at 6:25 AM