Interview with Signe Pike, author of The Lost Queen


Please welcome Signe Pike to The Qwillery as part of the 2018 Debut Author Challenge Interviews. The Lost Queen is published on September 4th by Touchstone.

Please join all of us at The Qwillery in wishing Signe a very Happy Publication Day! 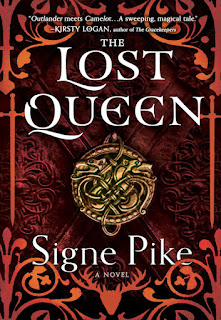 Signe:  I got my first diary in second grade. When I think back on my earliest writing, this is what comes to mind, because it contains the purest seed of my relationship with writing. "Dear Diary..." I wrote to my diary as if it were my truest friend. My relationship with writing has become more complex as I've aged because of the various forms in which I work with writing -- memoir, poetry, fiction. But at the heart of it, has anything really changed at all? Writing is still my truest friend. I turn to it, I confide in it, I create with it. Every day it saves me.

Signe:  Hybrid! In historical fiction the timeline, historical people and historical events create the foundation of the plot. The pantser part comes in having to reimagine the motivations and details.

Signe:  Two things - Drowning out the voice of my inner critic and keeping my mind focused on the task at hand.

Signe:  Ancient Celtic culture, a reverence for the natural world, other writers of all genres who have a deftness to their craft, the desire to know.

TQ:  Tell us something about The Lost Queen that is not found in the book description.

Signe:  In this book you will read about delicious early medieval food and adorable white cows.

TQ:  What inspired you to write The Lost Queen? What appeals to you about writing a historical fiction?

Signe:  I was inspired to write The Lost Queen when I learned who Languoreth was and the truly epic events in history she lived through. Historical fiction is a powerful way to resurrect people from our past who deserve to be remembered.

TQ:  What sort of research did you do for The Lost Queen?

Signe:  What sort of research... tons, and never-ending! I looked at -- and continue to look at, being that this is the first in a trilogy -- hagiographies of saints, ancient Welsh triads, scholarly papers on everything from the Arthurian legends to archeological studies of pollen in early medieval Ireland and Britain, books on ancient Celtic society, on gender roles and early medieval women in the Celtic world, ancient poetry, ancient law. When I visit Scotland, I travel to hillforts and explore with Ordinance Survey maps to try and find possible ruin locations, I visit museums, lots of libraries, and talk to local people in an effort to uncover folk memory of various locations. It's like being a really geeky detective, but with sturdy hiking boots and lots of bug spray.

TQ:  Please tell us about the cover for The Lost Queen.

Signe:  The cover contains symbolism central to the book in both the animal depicted and the brooch.

TQ:  In The Lost Queen who was the easiest character to write and why? The hardest and why?

Signe:  Languoreth was the easiest character to write - her voice just seemed to come very effortlessly. The hardest character to write was Mungo. He is the patron saint of Glasgow, but it's difficult to reconcile the tone of his hagiography (i.e. that of miracle worker and persecuted, saintly saint!) with the actions detailed within that very same account. When you begin to consider how Mungo's historical actions would have effected those he directly impacted, those on the other side of the story, it becomes nearly impossible to see him as a saint.

TQ:  Which question about The Lost Queen do you wish someone would ask? Ask it and answer it!

Signe:  Question: What percentage of your day do you spend wishing you could dress in tailor-made early medieval dresses and ride white horses?

TQ:  Give us one or two of your favorite non-spoilery quotes from The Lost Queen.

“War is not about victory. War is about survival.”


"This was the time before we were seen, when none knew of our presence save the spirits of the wood in their sunset kingdom."


“In times such as these, when the people need a hero, so are such heroes
made.”

TQ:  If you could go back in time and visit one of the 6 Celtic nations (Brittany, Scotland, Ireland, Isle of Man, Cornwall or Wales) where would you go and when?

Signe:  Yes, please. Oh, just one? OK, fine. I would visit Scotland, of course. I would give anything to be able to step inside Languoreth and Lailoken's real childhood home, the timber hall I believe lies buried or lost beneath the ruins of a much later medieval castle in Chatelherault Country Park in Hamilton.

Signe:  Book Two of The Lost Queen Trilogy! The book opens right where The Lost Queen leaves off, right in the middle of the action. It's exhilarating and has been incredible so far to write. The world of The Lost Queen feels to me as if it just explodes in Book Two into this new and even fuller experience of Languoreth's story, told from a few carefully chosen view points. I'm following characters I love as each of them embarks on their own transformative "hero's" journey. I've got people running all over various parts of Scotland (the site research has been nuts for Book Two), and there's this over-arching pressure pressing down upon all these people due to the historical events that were taking place. The voices are coming through so strongly. I can't wait to get home from book tour and get back to it!

Signe:  It's been a pleasure. I hope to hear from readers who take on the challenge and have a chance to read the book! 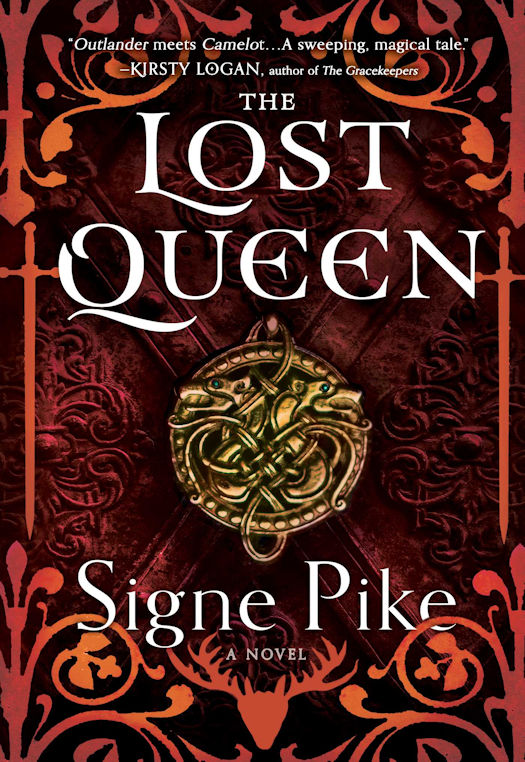 Compared to Outlander and The Mists of Avalon, this thrilling first novel of a debut trilogy reveals the untold story of Languoreth—a forgotten queen of sixth-century Scotland—twin sister of the man who inspired the legend of Merlin.

I write because I have seen the darkness that will come. Already there are those who seek to tell a new history...

In a land of mountains and mist, tradition and superstition, Languoreth and her brother Lailoken are raised in the Old Way of their ancestors. But in Scotland, a new religion is rising, one that brings disruption, bloodshed, and riot. And even as her family faces the burgeoning forces of Christianity, the Anglo-Saxons, bent on colonization, are encroaching from the east. When conflict brings the hero Emrys Pendragon to her father’s door, Languoreth finds love with one of his warriors. Her deep connection to Maelgwn is forged by enchantment, but she is promised in marriage to Rhydderch, son of a Christian king. As Languoreth is catapulted into a world of violence and political intrigue, she must learn to adapt. Together with her brother—a warrior and druid known to history as Myrddin—Languoreth must assume her duty to fight for the preservation of the Old Way and the survival of her kingdom, or risk the loss of them both forever.

Based on new scholarship, this tale of bravery and conflicted love brings a lost queen back to life—rescuing her from obscurity, and reaffirming her place at the center of one of the most enduring legends of all time.

Signe Pike is the author of the travel memoir Faery Tale and has researched and written about Celtic history and folklore for more than a decade. A former book editor, she lives in Charleston, South Carolina where she writes full time. Visit her at SignePike.com.