The cover for the Trade Paperback edition of Ninth City Burning by J. Patrick Black was recently revealed (by the author on Facebook)! I like the change in cover as it depicts something from the novel, which I recommend you read.

In my review I said that "Ninth City Burning is both grand space opera and post-apocalyptic SF anchored in compelling characters and exceptional intricate worldbuilding." See my full review here. 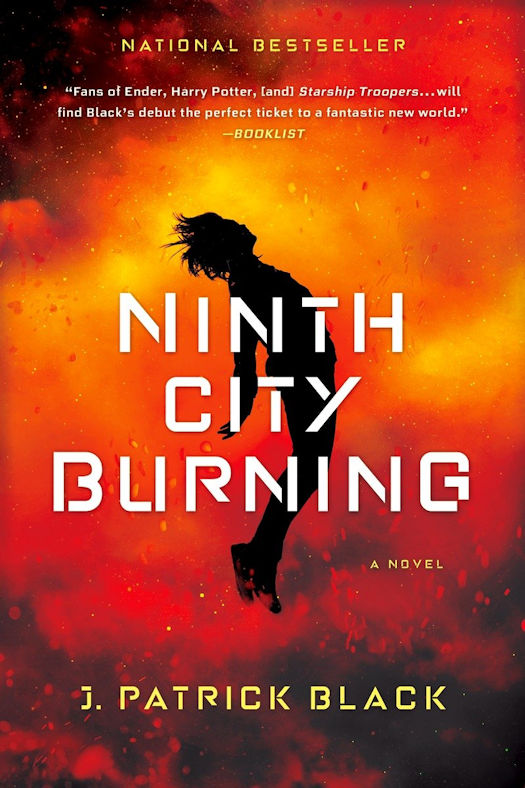 For fans of Ender’s Game, Red Rising, and The Hunger Games comes an explosive, epic science fiction debut…
Cities vanished, gone in flashes of world-shattering destruction. An alien race had come to make Earth theirs, bringing a power so far beyond human technology it seemed like magic. It was nearly the end of the world—until we learned to seize the power, and use it to fight back.

The war has raged for five centuries. For a cadet like Jax, one of the few who can harness the enemy’s universe-altering force, that means growing up in an elite military academy, training for battle at the front—and hoping he is ready. For Naomi, young nomad roaming the wilds of a ruined Earth, it means a daily fight for survival against the savage raiders who threaten her caravan.

When a new attack looms, these two young warriors find their paths suddenly intertwined. Together with a gifted but reckless military commander, a factory worker drafted as cannon fodder, a wild and beautiful gunfighter, and a brilliant scientist with nothing to lose—they must find a way to turn back the coming invasion, or see their home finally and completely destroyed.


[description from the Hardcover]