The Qwillery is pleased to announce the first featured author for the 2017 Debut Author Challenge. 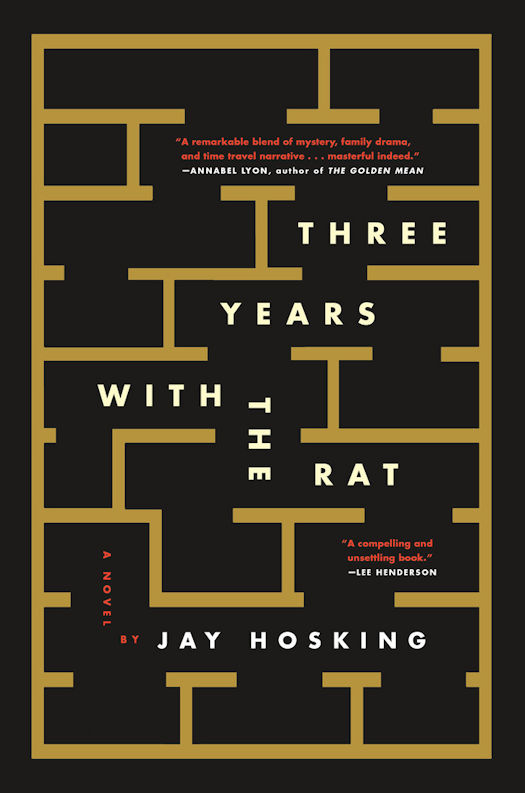 “Three Years with the Rat is a mind-warping thriller that will make you question reality as you conceive of it. One of the most assured and haunting debuts I’ve read in recent memory.” —Blake Crouch, author of Dark Matter

After several years of drifting between school and go-nowhere jobs, a young man is drawn back into the big city of his youth. The magnet is his beloved older sister, Grace: always smart and charismatic even when she was rebelling, and always his hero. Now she is a promising graduate student in psychophysics and the center of a group of friends who take “Little Brother” into their fold, where he finds camaraderie, romance, and even a decent job.

But it soon becomes clear that things are not well with Grace. Always acerbic, she now veers into sudden rages that are increasingly directed at her adoring boyfriend, John, who is also her fellow researcher. When Grace disappears, and John shortly thereafter, the narrator makes an astonishing discovery in their apartment: a box big enough to crawl inside, a lab rat, and a note that says This is the only way back for us. Soon he embarks on a mission to discover the truth, a pursuit that forces him to question time and space itself, and ultimately toward a perilous confrontation at the very limits of imagination.

This kinetic novel catapults the classic noir plot of a woman gone missing into the twenty-first-century city, where so-called reality crashes into speculative science in a novel reminiscent of Danielewski’s House of Leaves. Jay Hosking's Three Years with the Rat is simultaneously a mind-twisting mystery that plays with the very nature of time and the story of a young man who must face the dangerously destructive forces we all carry within ourselves.