Farrah Durante is a middle-aged actress hunting for her next gig in an industry where youth trumps experience. Her frustrations become an emotional lure for something horrifying out beyond the water: something ready to exact revenge on the shallow, celebrity-obsessed culture that's led her astray.

"GLITTERBOMB is a very special project for Djibril and I,” said Zub. “Delving into the dark heart of celebrity with wonderful collaborators like K. Michael Russell, Marshall Dillon, and Holly Raychelle Hughes has been a thrill. We're excited for readers to read this opening salvo as we reload and take aim at new targets in the next story arc."

The entertainment industry feeds on our insecurities, desires, and fears. You can't toy with those kinds of primal emotions without them biting back...


“A gut-punch of glitz and blood and starf**ked culture. You want to read this.”
—Chuck Wendig (Blackbirds)


“GLITTERBOMB is a scathing look at fame and our quest for it.” —Horror Talk


“Taut, human, creepy s**t. Finding a new angle on the Hollywood meat factory is hard as hell, but this is all kinds of neat.” —Kieron Gillen (THE WICKED + THE DIVINE)

“The horror of GLITTERBOMB comes from a very real, very dark place.”
—Newsarama


“Sharply written and drawn, with deft insight into the trappings of celebrity culture, GLITTERBOMB just might be the ultimate Hollywood horror story.” —Karen Berger
(Founder of DC’s Vertigo imprint) 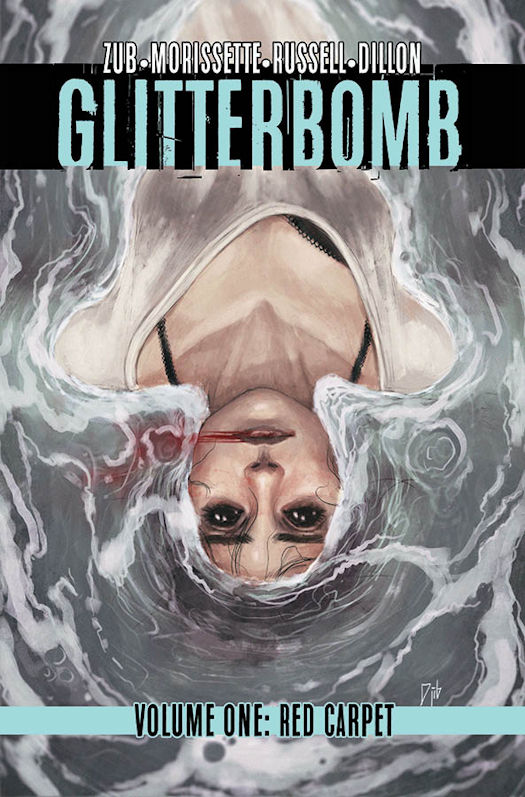