The 2017 Philip K. Dick Award Nominees have been announced.

The judges of the 2017 Philip K. Dick Award and the Philadelphia Science Fiction Society, along with the Philip K. Dick Trust, are pleased to announce the six nominated works that comprise the final ballot for the award:
First prize and any special citations will be announced on Friday, April 14, 2017 at Norwescon 40 at the DoubleTree by Hilton Seattle Airport, SeaTac, Washington. 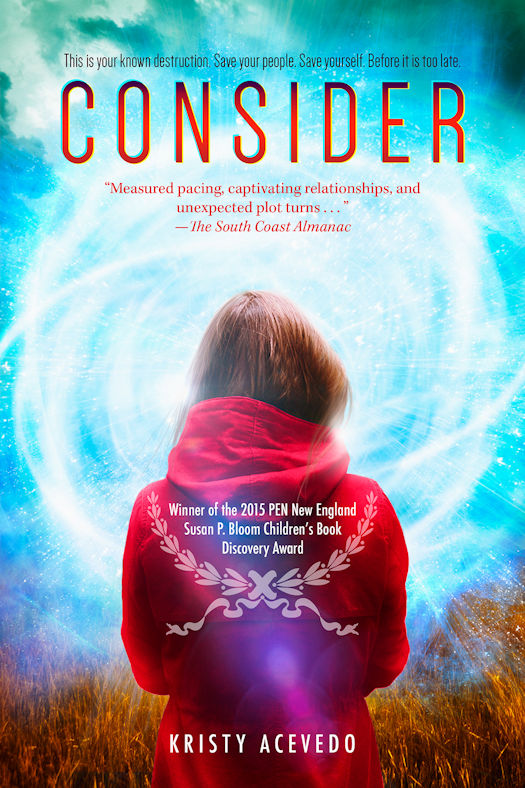 As if 17-year-old Alexandra Lucas’ anxiety disorder isn’t enough, mysterious holograms suddenly appear, heralding the end of the world. They bring an ultimatum: heed the warning and step through a portal-like vertex to safety, or stay and be destroyed by a comet that is on a collision course with Earth. The holograms,claiming to be humans from the future, bring the promise of safety. But without the ability to verify their story, Alex is forced to consider what is best for her friends, her family, and herself.

To stay or to go. A decision must be made.

With the deadline of the holograms’ prophecy fast approaching, Alex feels as though she is living on a ticking time bomb, until she discovers it is much, much worse. 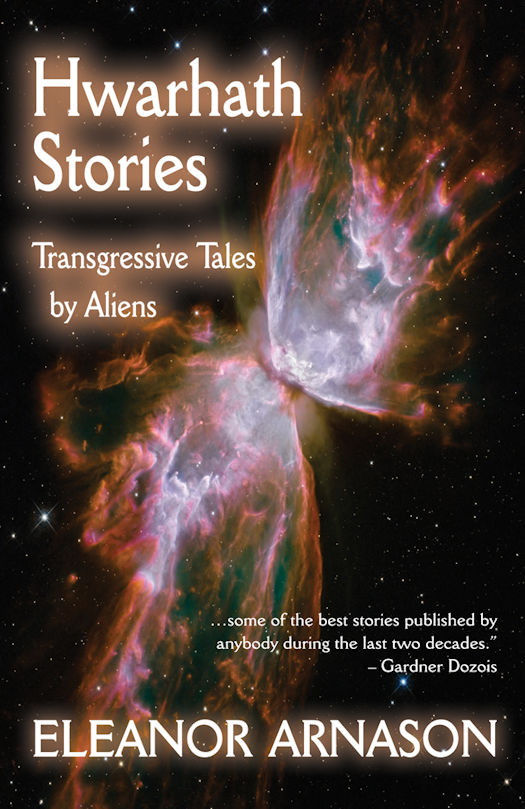 Hwarhath Stories: Transgressive Tales by Aliens collects a dozen Hwarhath tales with commentary by their translator. As the translator notes, "Humanity has encountered only one other species able to travel among the stars. This species, who call themselves the hwarhath, or 'people,' are also the only intelligent species so far encountered. Of course, we interest and puzzle and disturb each other... The stories in this collection were written after the hwarhath learned enough about humanity to realize how similar (and different) we are. Our existence has called into question many ideas about life and morality that most hwarhath would have called certain a century ago..." 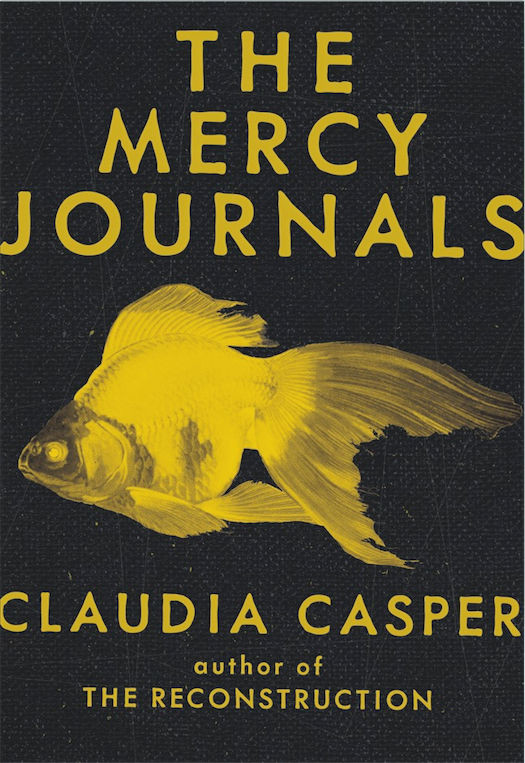 This unsettling novel is set thirty years in the future, in the wake of a third world war. Runaway effects of climate change have triggered the collapse of nation/states and wiped out over a third of the global population. One of the survivors, a former soldier nicknamed Mercy, suffers from PTSD and is haunted by guilt and lingering memories of his family. His pain is eased when he meets a dancer named Ruby, a performer who breathes new life into his carefully constructed existence. But when his long-lost brother Leo arrives with news that Mercy's children have been spotted, the two brothers travel into the wilderness to look for them, only to find that the line between truth and lies is trespassed, challenging Mercy's own moral code about the things that matter amid the wreckage of war and tragedy.

Set against a sparse yet fantastical landscape, The Mercy Journals explores the parameters of personal morality and forgiveness at this watershed moment in humanity's history and evolution. 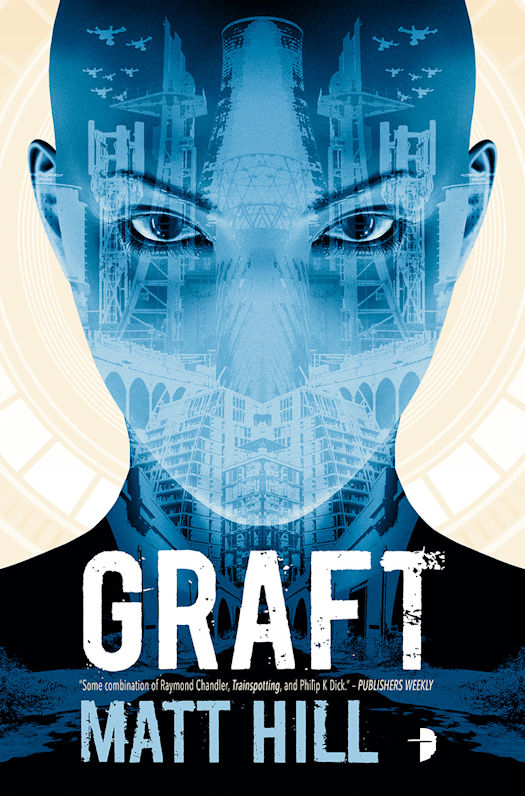 Hidden in the stolen car is a voiceless, three-armed woman called Y. She’s had her memory removed and undertaken a harrowing journey into a world she only vaguely recognises. And someone waiting in the UK expects her delivery at all costs.

Now Sol and Y are on the run from both Y’s traffickers and the organisation’s faithful products. With the help of a dangerous triggerman and Sol’s ex, they must uncover the true, terrifying extent of the trafficking operation, or it’s all over.

Not that there was much hope to start with.

A novel about the horror of exploitation and the weight of love, Graft imagines a country in which too many people are only worth what’s on their price tag.

File Under: Science Fiction [ Y the Last Girl / So Much to Answer For / Under the Skin / Armed & Dangerous ] 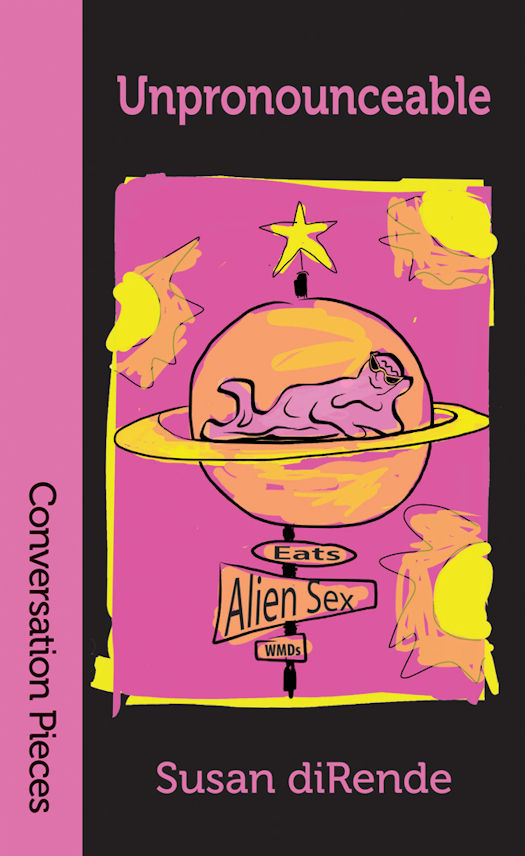 Earth has discovered it is not alone in the universe. The aliens—pink, shapeless, and peaceful—are very nice, but after a string of failed diplomatic missions, they ask Earth to stop with the crazies and send someone normal. In frustration, the UN devises a lottery to pick the next ambassador.

Enter Rose Delancy, a Jersey waitress with a grudge against pretty much the whole world. Rose is not happy about winning; she's not particularly happy about anything. When she arrives on Unpronounceable—the planet having a name she refuses to attempt saying—she is nothing but rude to the Blobs, as she calls them, and they find it refreshing. She likes them; they like her. She settles in and starts teaching the natives all about junk food, movies, and sex. They show her a few things of their own involving the transformation of matter, but Rose is only interested in how it applies to sex. That is until she learns that she's been suckered to play the patsy for an interstellar takeover by Earth... 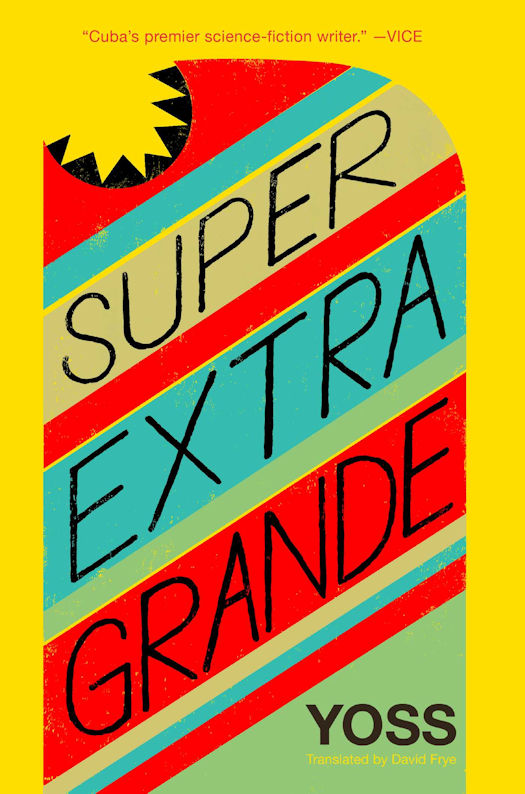 “Intergalactic space travel meets outrageous, biting satire in Super Extra Grande…. Its author [Yoss] is one of the most celebrated—and controversial—Cuban writers of science fiction…. Reminiscent of Douglas Adams—but even more so, the satire of Rabelais and Swift.” —The Washington Post

With the playfulness and ingenuity of Douglas Adams, the Cuban science-fiction master Yoss delivers a space opera of intergalactic proportions with Super Extra Grande, the winner of the twentieth annual UPC Science Fiction Award in 2011.

In a distant future in which Latin Americans have pioneered faster-than-light space travel, Dr. Jan Amos Sangan Dongo has a job with large and unusual responsibilities: he’s a veterinarian who specializes in treating enormous alien animals. Mountain-sized amoebas, multisex species with bizarre reproductive processes, razor-nailed, carnivorous humanoid hunters: Dr. Sangan has seen it all. When a colonial conflict threatens the fragile peace between the galaxy’s seven intelligent species, he must embark on a daring mission through the insides of a gigantic creature and find two swallowed ambassadors—who also happen to be his competing love interests.

Funny, witty, raunchy, and irrepressibly vivacious, Super Extra Grande is a rare specimen in the richly parodic tradition of Cuban science fiction, and could only have been written by a Cuban heavy-metal rock star with a biology degree: the inimitable Yoss.