The winner of the January 2017 Debut Author Challenge Cover Wars is Crossroads of Canopy by Thoraiya Dyer from Tor Books. The cover art is by Marc Simonetti. 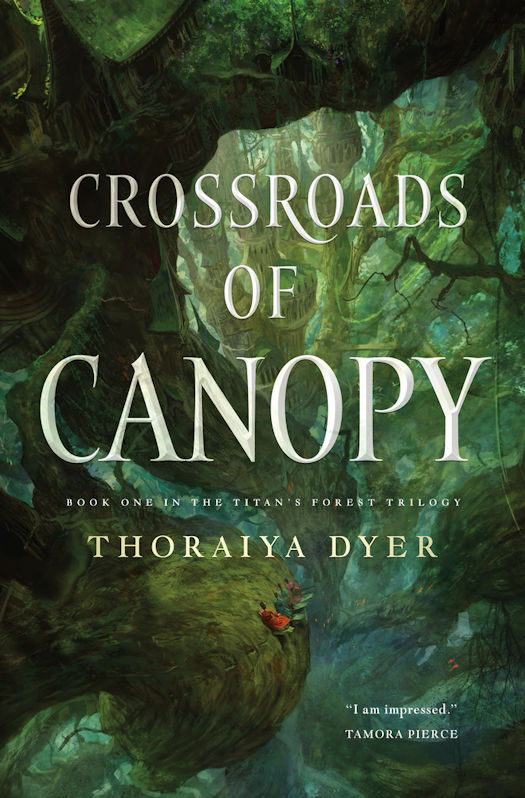 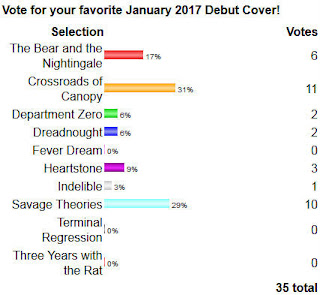 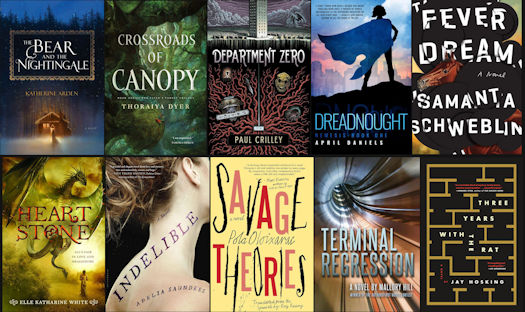