Interview with Marianne de Pierres and Giveaway - May 1, 2014


Please welcome Marianne de Pierres to The Qwillery. Peacemaker (Peacemaker 1) was published on April 29, 2014 in North America and eBook and is out today in print in the UK. 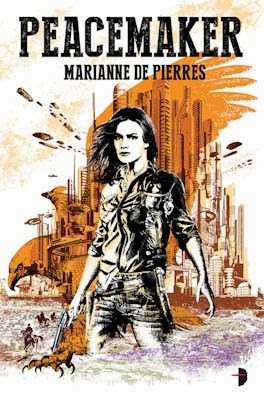 Marianne:  Thank you for having me J I began writing when I was very young and fiddled around for years, but truthfully, I lacked any experience, insight, or self-discipline. It wasn’t until I hit my thirties that I began to feel a true sense of commitment. Like most writers, I was a voracious reader who dreamed of nothing other than books and stories, all day long, every day. If I could have disappeared into one, I would have! Sometimes I still feel that urge.

TQ:   Are you a plotter or a pantser? What is the most challenging thing for you about writing?

Marianne:  I’m in the middle of the Plot vs Pants continuum! I don’t like to plot too much, or I get bored, but if I don’t plot at all then I get insecure! It varies a lot from book to book as well. Some stories lend themselves to more intricate plotting. Crime novels can be tricky little beggars.

The most challenging thing is the first draft. I always find it incredibly tiring. It’s like someone is hanging a big ol’ magnet above my head and sucking (energy) right out of me. Editing is much more fun!

TQ:  Tell us something about Peacemaker (Peacemaker 1) that is not in the book description.

Marianne:  Hmmm… let me see … Virgin spends a fair bit of time in a place called Mystere. Mystere is a suburb that is run by gangs although its micro-economy is largely supported by psychics and mediums. If you’ve read the Parrish Plessis novels I wrote a few years back, you might see some parallels between Mystere and The Tert. Mystere, however, functions within mainstream society, while the Tert was a place on the truly lost went to.

TQ:  What inspired you to write Peacemaker? Why did you combine Science Fiction and Westerns?

Marianne:  I’ve been in love with Westerns since I was a kid, but for a while, in my thirties, I went right off them. I think it’s because the Westerns I grew up reading were so patriarchal. Delicate women being saved by hulking cowboys. I decided that though I really wanted to write one, it had to be done my way. My way, meant without the inherent sexism of the past and set in some kind of futuristic or weird landscape because I feel claustrophobic if I’m writing in a straight, contemporary world.

TQ:  What sort of research did you do for Peacemaker?

Marianne:  A bunch of different things. I delved back into the legends of the Old West, and gobbled down a few pulp westerns to get into the rhythm of the language again. When that was done, I moved onto mythology. That was so interesting, and I could have spent months reading on that topic! I had to haul myself back from the edge of the evil rabbit hole of research and soldier on to the Romani culture, and, finally, weapons. Weapons usually feature on my research calendar.

Marianne:  Virgin was easy for me. I seemed very in touch with her emotional landscape, but Hamish was SO much fun. A sociopathic, neat freak who saves the day, repeatedly. What’s not to love?!

The hardest was … Totes. I’m still not sure if he’s a good guy or a creep. I kept vacillating between the two.

Marianne:  I have a bunch of projects in development but the focus is on DEALBREAKER (book 2) and a standalone SF novel entitled PHARMAKON. PHARMAKON is going to be one hell of a dark novel—Michael Crichton meets Cormac McCarthy.

Here’s a snippet from the DEALBREAKER synopsis for you to chew over:

Virgin’s in a tight spot. A murder rap hangs over her head and isn’t likely to go away unless she agrees to work for her mother and an organisation called GJIC (the Global Joint Intelligence Commission). Being blackmailed is one thing, discovering that her mother is both alive and the President of GJIC is quite another.

But in the end Ranger Jackson is a pragmatist who cherishes her freedom. She takes the deal.

Virgin continues in her ranger duties at Parks Southern while working undercover for GJIC, which means building a closer relationship with her designated partner, Nate Sixkiller. This does not always go well!

But the one thing they share is a love and respect for the land, and they find a united cause in protecting Virgin’s beloved park from the threat of the Mythos.

Marianne:  Thanks for having me. I appreciate it! 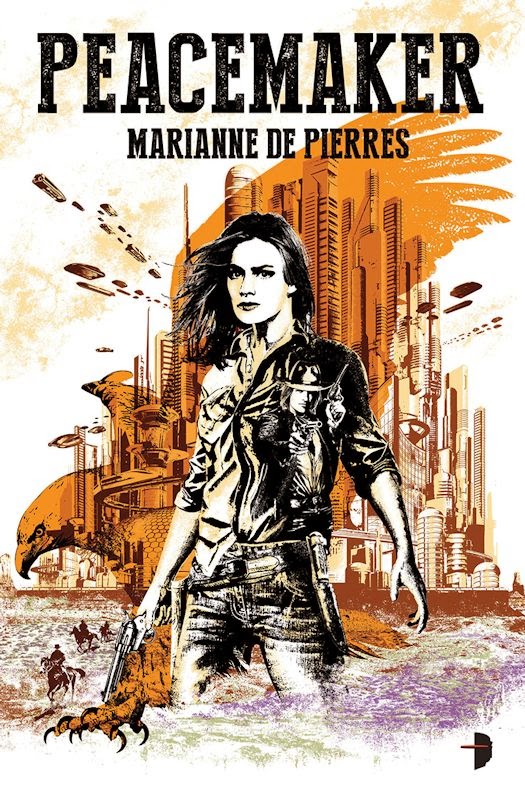 Virgin Jackson is the senior ranger in Birrimun Park – the world’s last natural landscape, overshadowed though it is by a sprawling coastal megacity. She maintains public safety and order in the park, but her bosses have brought out a hotshot cowboy to help her catch some drug runners who are affecting tourism. She senses the company is holding something back from her, and she’s not keen on working with an outsider like Nate Sixkiller.

When an imaginary animal from her troubled teenage years reappears, Virgin takes it to mean one of two things: a breakdown (hers!) or a warning. When the dead bodies start piling up around her and Nate, she decides on the latter. 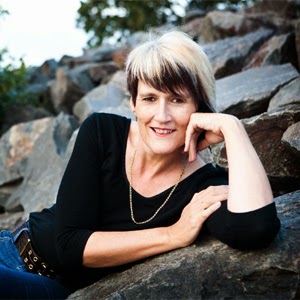 Marianne de Pierres is the author of the acclaimed Parrish Plessis and award-winning Sentients of Orion science fiction series. The Parrish Plessis series has been translated into eight languages and adapted into a roleplaying game. She’s also the author of a bestselling teen dark fantasy series entitled Night Creatures and writes award-winning crime under the pseudonym Marianne Delacourt.

She lives in Brisbane, Australia.

What:  One entrant will win a Mass Market Paperback copy of Peacemaker (Peacemaker 1) by Marianne de Pierres from The Qwillery.

Who and When:  The contest is open to all humans on the planet earth with a mailing address. Contest ends at 11:59PM US Eastern Time on May 10, 2014. Void where prohibited by law. No purchase necessary. You must be 18 years old or older to enter.