Please welcome Glen Hirshberg to The Qwillery. Motherless Child was published by Tor Books on May 13, 2014. 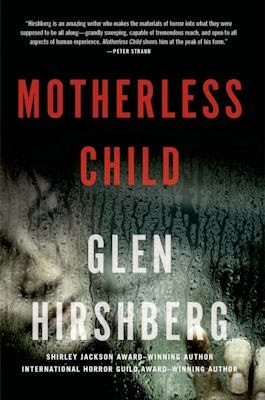 Glen:  When I was two, I think—my parents have a 90-minute cassette tape to prove it; the story was continuous, and the villain was my just-born brother, and the hero was a whale—and because it just always seemed, even then, what I wanted to be doing.

Glen:  A plotter who pantses? I prefer to plot ahead of time, to have a sense of where I’m going. But I tend to know I’m doing something worth doing right about the moment that the story takes off under me, refuses to respond to commands, and bolts wherever it wants to bolt.

Glen:  Finding the time, plain and simple. Sitting down, pretty much every single day, in spite of the totally legitimate, even healthy reasons life gives me not to.

Glen:  New vampire single-moms you really want to know fleeing, then facing down old vampires you really don’t in the song-soaked South, for the sake of their children.

TQ:  Tell us something about Motherless Child that is not in the book description.

Glen:  I had its imaginary soundtrack before I had the story, and I pretty much wrote the entire novel singing. Literally sitting at my desk and singing: that guitar-drum kick-in to Ricky Nelson’s “It’s Late” as my girls hurtle for home, racing the monsters they think—pray--are behind instead of in front of them; Chuck Berry, lonely and lost, begging, “Help me, information” to the late-night operator he hopes will put him in touch with his daughter, as my girls try to come to terms with what they think are (meaning vampires), and what that means they cannot be (meaning mothers); the perfect, incongruous swoon of “Under the Boardwalk” as my final showdown commences. You may not hum this book. But I did.

TQ:  What inspired you to write Motherless Child? The novel is described as "Southern Horror." What distinguishes Southern Horror from other types of horror?

Glen:  As far as inspiration, honestly, I wish I knew. I had no plans to write a vampire novel, ever. It started as a commissioned story I initially refused because I didn’t want to write a vampire story, either. Then it—the girls, mostly, Natalie and Sophie--just kept nagging at my dreams until I gave in and sat down and unleashed them. Certainly, a bit of inspiration probably came from the brief time my wife spent teaching in the school where Charlotte, North Carolina sequesters its pregnant, teenaged girls. And from the Bottle Rockets song “Welfare Music.” And from all the astonishing places we wandered during our few years living in the south. Some people I knew there, and have known since.

As for “Southern horror,” that isn’t my term, and I have no idea. What I will say is that I think we’ve learned to underestimate our sense of just how powerful an influence the space we occupy exerts on the people we are. Whatever locale I’m using, that locale is going to matter in what I write.

TQ:  What sort of research did you do for Motherless Child?

Glen:  Just living, mostly, for this one. Knowing people. Wandering everywhere. I did check my facts on the actual places I used (like Cumberland Island), though as usual, I gave myself permission to discard those facts that didn’t work in my narrative. This book is a dreamed South, rooted in the real one, but not meant to be a super-realist’s snapshot. The most fascinating research I did concerns Aunt Sally’s Policy Players’ Dream Book and Policy itself, a sort of lottery/fortune-telling/dream-interpretation system popular among African Americans post-Reconstruction. That research will figure more prominently in Good Girls, the second book of the Motherless Children trilogy, which should be out from Tor next year.

Glen:  Despite the fact that I never invited them in, Natalie and Sophie made themselves at home in my head long before I was sure I wanted them there. I loved their friendship, the way they struggled to make sense of their world and their mistakes and their responsibilities and their hungers. With the vampires—the Whistler and his Mother—I wanted to get all the way inside the very alien way I’ve imagined they would have to come to think. But that came surprisingly easily, too.

The most challenging character—primarily because she was the book’s revelation, the pantser moment, if you will—proved to be Natalie’s mother, Jess, an older, sadder, wiser single mom. She doesn’t have Sophie’s resilient joyfulness, or Natalie’s brooding grace. She’s just a mom, dealt a nightmare hand, coping the best she can, and in her deceptive straightforwardness and strength of character, she fooled me, and I underestimated her. Not until the last day of writing did I realize she had pretty much walked off with the book.

TQ:  Give us one or two of your favorite lines from Motherless Child.

Glen:  The book has a lot of moods. Here are a couple:

“Take the goddamn gun out of your mouth and give me a Juicy Fruit.”

“She realized she even knew what the whistling in her ears was. Not cicadas. Not power lines. Not the echo of the Whistler’s breath in her ears. Just the sound the world makes rushing through a pipe or pooling in a cistern. Whipping through a dead place, with neither heartbeat nor blood rush to impede it.”

Glen:  Good Girls, the sequel to Motherless Child. And a long-planned old-school ghost story novel about new-school domestic terrorism. And the third book of this trilogy. And more stories. 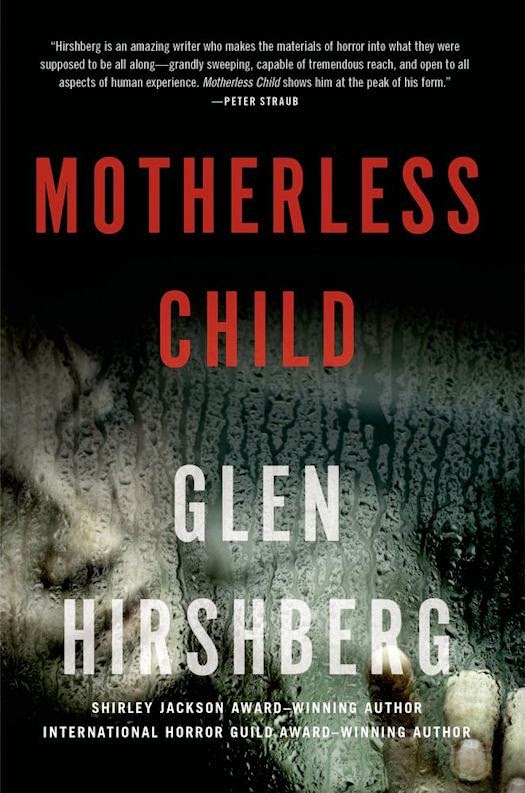 In his powerful novel, Motherless Child, Bram Stoker Award–nominee Glen Hirshberg, author of the International Horror Guild Award–winning American Morons, exposes the fallacy of the Twilight-style romantic vampire while capturing the heart of every reader.

It’s the thrill of a lifetime when Sophie and Natalie, single mothers living in a trailer park in North Carolina, meet their idol, the mysterious musician known only as “the Whistler.” Morning finds them covered with dried blood, their clothing shredded and their memories hazy. Things soon become horrifyingly clear: the Whistler is a vampire and Natalie and Sophie are his latest victims. The young women leave their babies with Natalie’s mother and hit the road, determined not to give in to their unnatural desires.

Hunger and desire make a powerful couple. So do the Whistler and his Mother, who are searching for Sophie and Natalie with the help of Twitter and the musician’s many fans. The violent, emotionally moving showdown between two who should be victims and two who should be monsters will leave readers gasping in fear and delight.

Originally published in a sold-out, limited edition, Motherless Child is an extraordinary Southern horror novel that Tor Books is proud to bring to a wider audience. 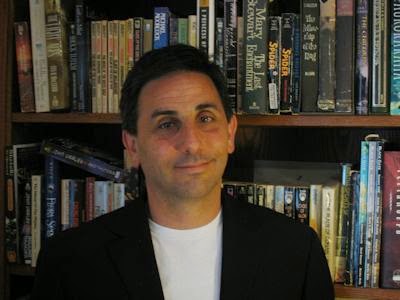 GLEN HIRSHBERG received his B.A. from Columbia University, where he won the Bennett Cerf Prize for Best Fiction, and his M.A. and M.F.A. from the University of Montana. His first novel, The Snowman’s Children, was a Literary Guild Featured Selection. His collection, The Two Sams, won three International Horror Guild Awards and was named a Best Book of the Year by Publishers Weekly. Hirshberg has won the Shirley Jackson Award and been a finalist for the World Fantasy and the Bram Stoker Awards.