Solaris has announced the acquisition of the Gates of the World fantasy series from debut author K. M. McKinley. The first novel, The Iron Ship, will be released in August 2015. The second novel, City of Ice, is slated for publication in 2016.  The fabulous cover for The Iron Ship is by Alejandro Colucci.

The Iron Ship
Gates of the World 1
Solaris, August 2015 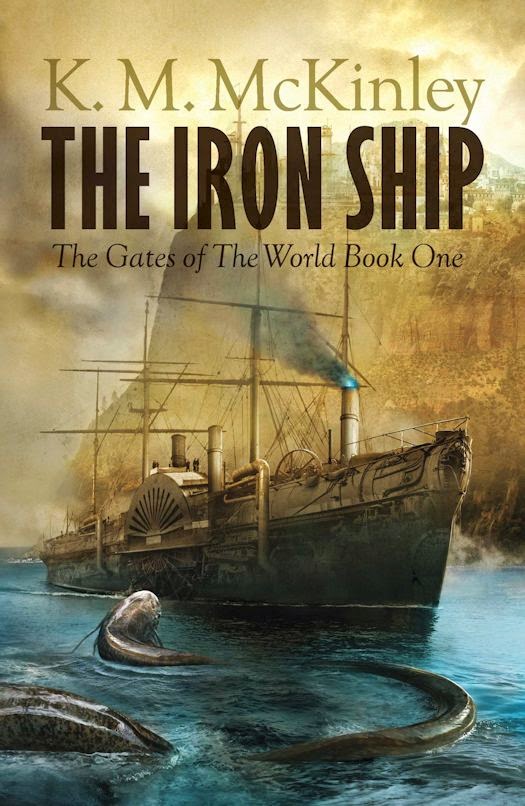 The Twin flees across the sky, bringing in its wake the Great Tide. The Earth trembles under the shadow of its brother. Times are changing.

The order of the world is in turmoil. An age of industry is beginning, an age of machines fuelled by magic. Sprawling cities rise, strange devices stalk the land. New money brings new power. The balance between the Hundred Kingdoms is upset. For the first time in generations the threat of war looms.

In these turbulent days, fortunes can be won. Magic runs strong in the Kressind family. Six siblings strive – one to triumph in a world of men, one to survive murderous intrigue, one to master forbidden sorcery, one to wash away his sins, one to contain the terrible energies of his soul.

And one will do the impossible, by marrying the might of magic and iron in the heart of a great ship, to cross an ocean that cannot be crossed.

Look for more about this novel and author next year!