Guest Blog by Mary Behre, author of the Tidewater Novels, and Giveaway - May 9, 2014


Please welcome Mary Behre to The Qwillery as part of the 2014 Debut Author Challenge Guest Blogs. Spirited (Tidewater 1) was published on March 4, 2014 by Berkley. You may read our interview with Mary here. 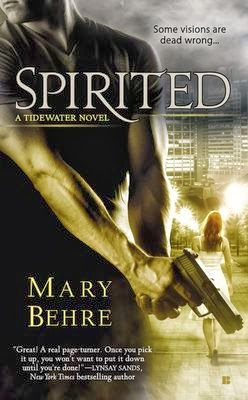 In my Tidewater Series novels there are psychics, ghosts, auras, cops, and some free-spirited humor. Most people know all about ghosts. Or think they do. But not nearly as many know about auras.

What’s an aura? According to the Merriam-Webster online dictionary it is, “a special quality or feeling that seems to come from a person, place, or thing.” Some people talk about being able to see or sense auras as colors. The interesting thing is that it’s difficult to find consistent information about aura colors and their meanings. The most consistent information has auras mixed with chakras.

Also, if auras were discussed only one aspect of the color was covered, the positive or the negative. Because of the series, I needed to know, at a glance, the positive and the negative implications of the colors. I spent two months researching and ending up compiling information into a single color wheel of my own creation. 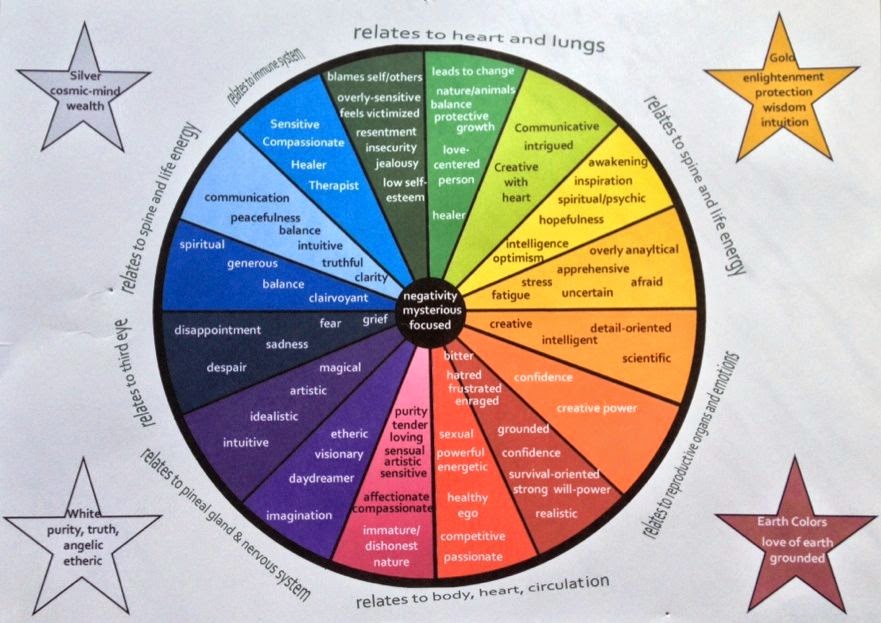 It’s not the prettiest wheel out there but it has the positive and negative aspects of each color. In the most basic terms, each color represents an emotion. Red is passion, Blue is empathy, Green is compassion, Yellow is optimism, Orange is creativity, Pink is sensual love, and Purple is spirituality.

Okay, so not all of them are emotions in the truest sense, but they do represent different traits. Now, with each color comes a spectrum of possibilities. For the color red, the spectrum is passion. On one end is love in the purest sense, true, unending, indomitable love. But at the other end of passion is blinding rage and hatred. Get the idea?

So what happens if a psychic can see the colors around people? It makes for guessing someone’s mood or character a little easier, provided the clairvoyant knows how to interpret the signs quickly.

In my debut novel, SPIRITED (Tidewater novel #1), the psychic in the story cannot see auras around the living, she only sees them around ghosts. That is until the night she meets the hero. Suddenly, this psychic has a whole new set of problems. Now she can see auras of the dearly not-quite-departed and the colors around a cop she’d rather not get near. A cop whose aura colors are so intense, the psychic can’t help but be drawn to him.

What would you do if you could see auras? 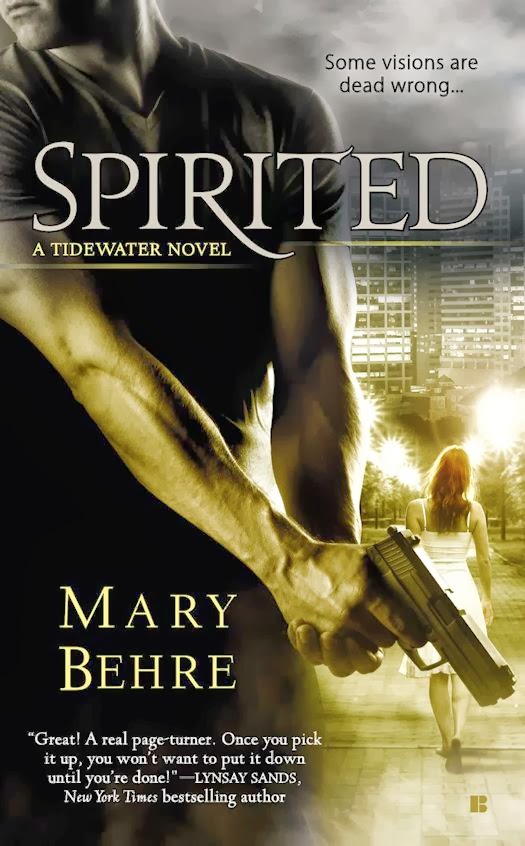 She’s running from who she is…

All Jules Scott wants is to live a normal, quiet life—preferably one that doesn’t include ghosts. Jules’s talent for communicating with the dead has brought her nothing but trouble. Despite her best efforts, needy spirits always find her and draw her into their otherworldly drama. When one implicates her in a series of deadly crimes, she may need to entrust her secrets to the person least likely to believe her…

He’ll do whatever it takes to catch her.

Detective Seth English can’t get distracted from the big case he’s working on, not even by his alluring new neighbor. He doesn’t believe that Jules had anything to do with the string of robberies-turned-murders that he’s investigating, but when she keeps showing up in all the wrong places, his gut tells him she knows more than she’s letting on. To solve his case, he’ll need to expose what the sexy redhead is hiding—no matter how impossible the truth may be… 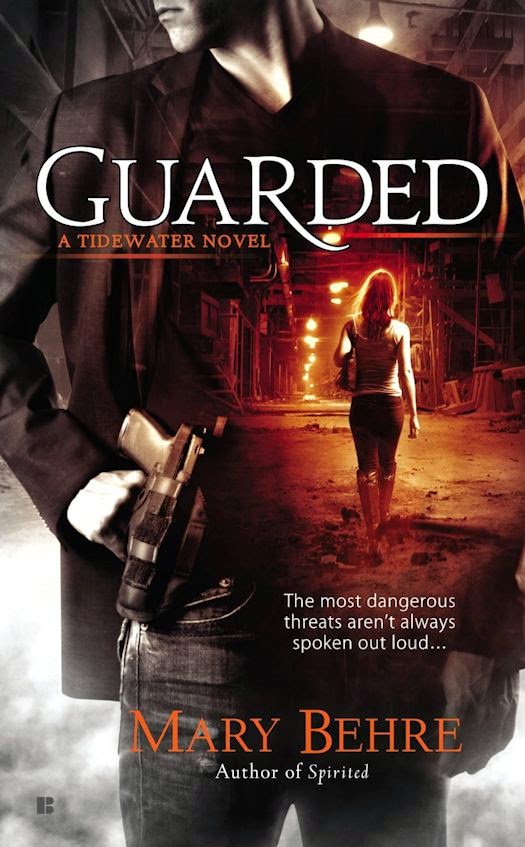 She’s given up on finding love…

Veterinarian Shelley Morgan has always preferred animals to humans, and not simply because she can communicate with them psychically. Unlike most people she’s known, animals have never broken her heart. But after six months in her new town, some of her favorite four-legged companions begin disappearing from the local zoo. Determined to track down the animals and their thief, the telepathic vet decides to investigate, unknowingly delving into a deadly mystery…

Although his bear-like physique has been an advantage in the Tidewater Police Department, Dev Jones’s size often intimidates people. Only Shelley has seen past his massive build to the intelligent man inside, but that was years ago. So when she contacts him requesting his help to solve a series of animal kidnappings, he’s eager to reconnect with her. But the thefts escalate to murder and all the evidence points to Shelley as the killer, and Dev faces a devastating choice: forsake his career or risk losing the woman he’s grown to love… 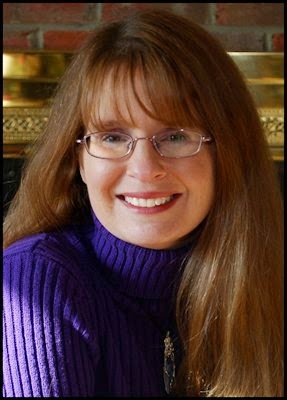 Mary Behre is the lone female in a house full of males and the undisputed queen of her domain. She even has the glittery tiara to prove it. She loves stories with humor, ghosts, mysteries and above all else, a good romance. When not writing, she enjoys reading, gluten-free baking, and hanging out at the beach with the most important men in her life, her family.

The Tidewater Series is mix of humor, suspense, and a psychic love-connection. The first three stories are about three sisters separated years before in the foster care system. As they search for love, each other, and a way to live with their psychic abilities, they’re tossed into the middle of mysteries that only their unique gifts can help solve.

Mary is represented by the fabulous Nalini Akolekar of Spencerhill Associates.

How:  Log into and follow the directions in the Rafflecopter below. Don't forget to answer Mary's question: What would you do if you could see auras?

Who and When:  The contest is open to all humans on the planet earth with a US mailing address. Contest ends at 11:59PM US Eastern Time on May 18, 2014. Void where prohibited by law. No purchase necessary. You must be 18 years old or older to enter.