Guest Blog by Jacob Bacharach - The First Novel as your Comic-con Costume - May 15, 2014


Please welcome Jacob Bacharach to The Qwillery as part of the 2014 Debut Author Challenge Guest Blogs. The Bend of the World was published on April 14, 2014 by Liveright. You may read our interview with Jacob here. 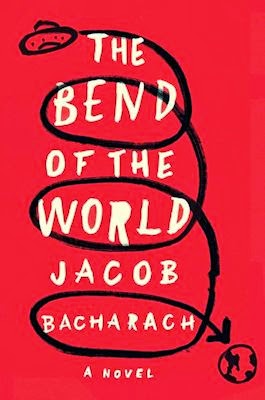 The First Novel as your Comic-con Costume

I’ve always thought of Tom Stoppard as one of the great scifi and fantasy authors—I mean, he’s a literary playwright, but his characters encounter more Temporal Distortions than the Starship Enterprise and more gods than a remake of Clash of the Titans. There’s this line in The Invention of Love, his witty and erudite and funny sorta-biographical play about the poet, A.E. Housman, when Housman and Oscar Wilde are awaiting their ferry to the underworld. They are talking about the way their lives, and the lives of others, are constructed in writing and in memory. (Wilde is also bitching about Bosie, his lover, that spoiled boy.) Anyway, “Biography,” says Wilde, “is the mesh through which our real life escapes.”

When you write a first novel, and especially when you write it in the first person, you get a lot of “So, are you Peter?” Peter is the name of the protagonist in my first novel, The Bend of the World. You learn not to be annoyed by it, although you want to correct the order of the question. Properly, “Is Peter you?” Uh, me? In the broad sense, yes, of course, but so is every other person in there; characters exist on the page alone; they think only those thoughts that their author writes down for them; feel only the feelings mentioned in print; do only what you (he? I?) say that they do. The party doesn’t continue after the party scene concludes. The last line of dialogue is the last word any of them speaks.

In the more particular sense—in the sense that the question is meant—the answer is no, although I’ve taken to telling people that my protagonist and I would probably know each other if he existed. We live in the same town, after all, and frequent some of the same bars. And it’s fair to say that I’ve dabbled in the weird and alien and psychoactive here and there in the legitimately magical town of Pittsburgh, PA, where my book is largely set. But I have never actually seen a flying saucer, discovered an ancient conspiracy, or been upbraided by a Sasquatch for my romantic and career choices. These things all occur in the book, and they load the question of its autobiographical content with a heavy freight of absurdity.

I recently read The Weirdness, a début novel by Jeremy Bushnell. It appears briefly to be set among the milieu of sad young literary men before it descends—I choose this verb as a compliment—into a battle between Lucifer, a gaggle of warlocks, and a pack of werewolves. At least one review strongly lamented the sad young literary men part: la-de-da, another dull autobiographical work by a dude who had some disappointments with the Brooklyn book scene. However—and it’s hard to say; you never really know about these things—Bushnell and I follow each other on Twitter, and he doesn’t seem like a lycanthrope or a warlock.

The Weirdness’s protagonist, Billy, is an aspirant writer. Bushnell lets the book remain ambiguous on the question of whether or not Billy is actually any good, a question that keeps popping up even as the, well, the weirdness cranks into gear. Billy is also—and this is a gutsy choice for a writer creating a protagonist—boring; he is ordinary (well, mostly, but no spoilers). He knows that he’s boring, but he consoles himself with Flaubert’s famous maxim: “Be regular and orderly in your life like a bourgeois, so that you may be violent and original in your work.”

One truth is that the writing life is boring; a writer is not a protagonist; we are forever riding in the backseat or sitting quietly on the bus, eavesdropping and stealing the lives of the more genuinely interesting people you know and meet—I say stealing, because we rarely ask for consent. Writing, in this regard, is violent, but writers are mostly cowards; we seem to prefer apology to permission. The idea that novels—first novels in particular—are thinly veiled autobiography, the details just barely obscured, is an inversion of the actual: that these works are less disguise than they are cosplay. I have never seen a UFO or talked to Bigfoot or travelled through time or been the actual life of a party, but my God, if ever I could . . .


The Bend of the World 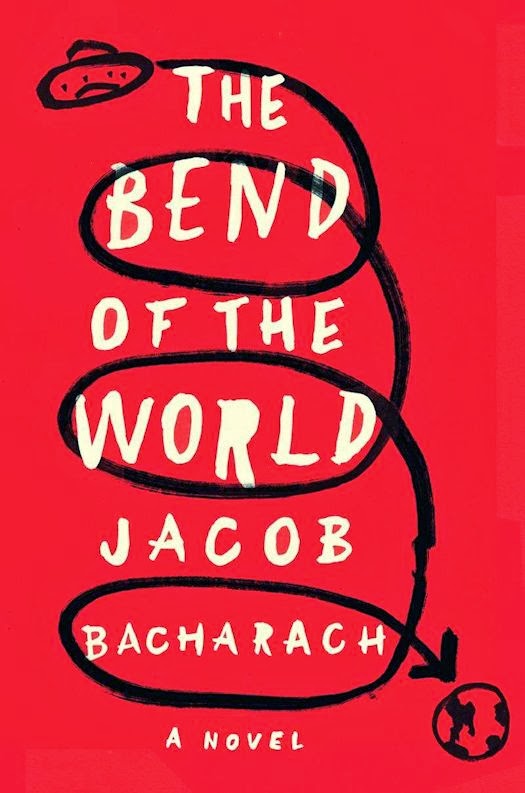 "A comedy of bad manners, darting wisecracks, deadpan chagrin, and drug-hazed pratfalls" (James Wolcott), The Bend of the World is a madcap coming-of-age novel in which no one quite comes of age and everything you know is not a lie, it's just, well, tangential to the truth.

In the most audacious literary debut to come out of the Steel City since The Mysteries of Pittsburgh, we meet Peter Morrison, twenty-nine and comfortably adrift in a state of not-quite-adulthood, less concerned about the general direction of his life than with his suspicion that all his closest relationships are the products of inertia. He and his girlfriend float along in the same general direction, while his parents are acting funny, though his rich, hypochondriac grandmother is still good for admission to the better parties. He spends his days clocking into Global Solutions (a firm whose purpose remains unnervingly ambiguous) and his weekends listening to the half-imagined rants of his childhood best friend, Johnny. An addict and conspiracy theorist, Johnny believes Pittsburgh is a "nexus of intense magical convergence" and is playing host to a cabal of dubious politicians, evil corporate schemes, ancient occult rites, and otherwise inexplicable phenomena, such as the fact that people really do keep seeing UFOs hovering over the city.

Against this strange background, Peter meets Mark and Helen, a slightly older couple, new to town, whose wealth and glamour never fully conceal the suggestion of something sinister, and with whom he becomes quickly infatuated. Mark is a corporate lawyer in the process of negotiating a buyout of Global Solutions, and initiates Peter into the real, mundane (maybe) conspiracies of corporations and careers, while Helen—a beautiful and once prominent artist—is both the echo and the promise of the sort of woman Peter always imagined, or was always told he ought to find for himself.

As Peter climbs the corporate ladder, Johnny is pulled into the orbit of a mysterious local author, Winston Pringle, whose lunatic book of conspiracies seems to be coming true. As Johnny falls farther down the rabbit hole, the surreal begins to seep into the mundane, and the settled rhythm of Peter's routine is disrupted by a series of close encounters of third, fourth, and fifth kinds. By the time Peter sets out to save his friend from Pringle's evil machinations (and pharmacological interventions), his familiar life threatens to transform into that most terrifying possibility: a surprise.

In The Bend of the World Philip K. Dick meets Michael Chabon, and Jacob Bacharach creates an appropriately hilarious, bizarre, and keenly observed portrait of life on the edge of thirty in the adolescent years of twenty-first-century America. 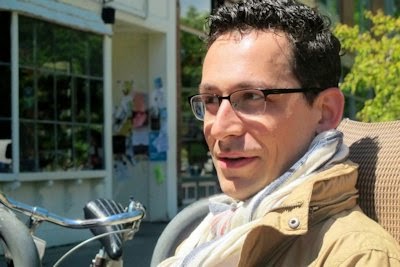 Jacob Bacharach is a writer and nonprofit administrator living in Pittsburgh, Pennsylvania. He has a BA in English and creative writing from Oberlin College and an MBA from the University of Pittsburgh. He is not, to the best of our knowledge, a shape-shifting reptiloid or a descendant of the Merovingian dynasty. In his spare time, he cooks, rides bikes, and occasionally plays the violin badly. He prefers "experiencer" to "abductee." This is his first novel.