Feature: Petals on the Wind by V.C. Andrews

FICTION INTO FILM: Pick up Petals on the Wind May 20th and watch the movie May 26th! 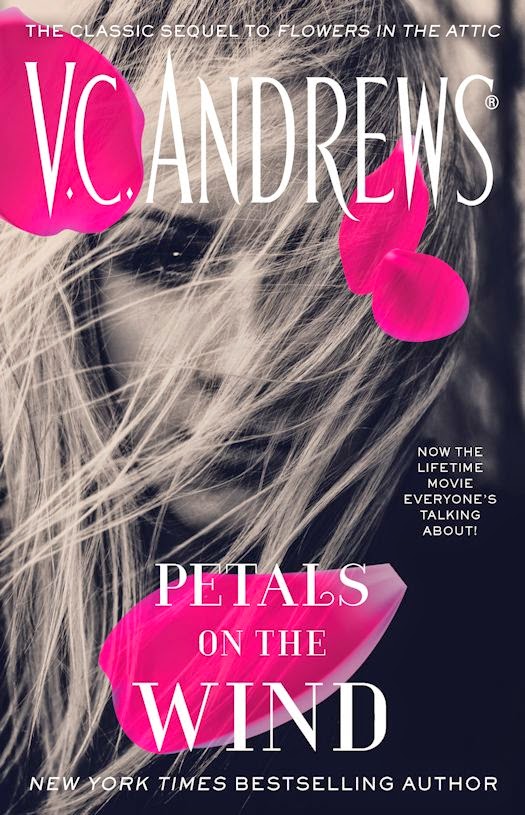 On the heels of the successful Lifetime TV version of Flowers in the Attic comes the TV movie tie-in edition of Petals On the Wind, the second book in the captivating Dollanganger saga.

Forbidden love comes into full bloom. For three years they were kept hidden in the eaves of Foxworth Hall, their existence all but denied by a mother who schemed to inherit a fortune. For three years their fate was in the hands of their righteous, merciless grandmother. They had to stay strong…but in their hopeless world, Cathy and her brother Christopher discovered blossoming desires that tumbled into a powerful obsession. Now, with their frail sister, Carrie, they have broken free and scraped enough together for three bus tickets and a chance at a new life. The horrors of the attic are behind them…but they will carry its legacy of dark secrets forever.


WATCH: The movie trailer, and tune in to Lifetime on Monday, May 26th, 9:00 pm ET to watch the World Premier of Petals on the Wind!

Petals on the Wind cast:

Labels: Flowers in the Attic, Lifetime, Petals on the Wind, Pocket Books, V.C. Andrews
Email ThisBlogThis!Share to TwitterShare to FacebookShare to Pinterest