SPFBO Finalist Review: Out of Nowhere by Patrick LeClerc 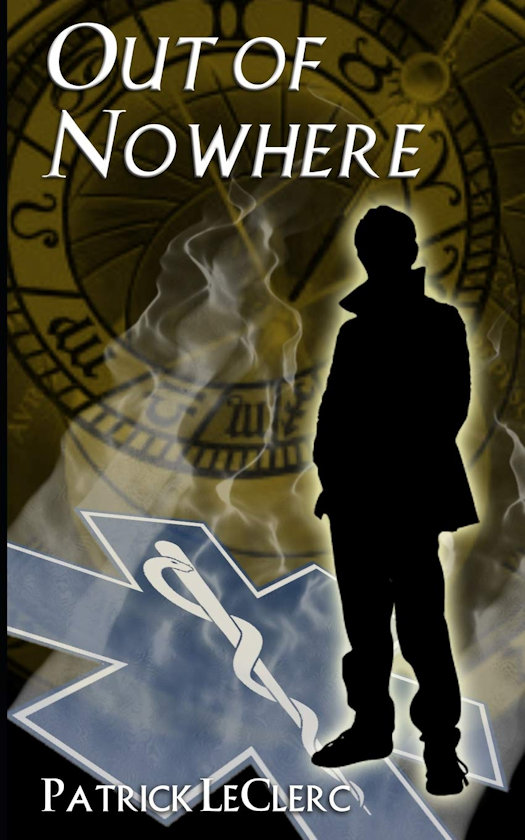 An urban fantasy, pacy, funny and compelling to the last page…

Healer Sean Danet is immortal—a fact he has cloaked for centuries, behind enemy lines and now a paramedic’s uniform. Having forgotten most of his distant past, he has finally found peace—and love.

But there are some things you cannot escape, however much distance you put behind you.

When Sean heals the wrong man, he uncovers a lethal enemy who holds all the cards. And this time he can’t run. It’s time to stand and fight, for himself, for his friends, for the woman he loves. It’s time, finally, for Sean to face his past—and choose a future.

A story of love, of battle—and of facing your true self when there’s nowhere left to hide.

Out of Nowhere by Patrick LeClerc lies somewhere in the borderlands of contemporary fantasy and urban fantasy. It may also appeal to those who enjoy military history and medical procedurals. The story is, in almost every sense, a mixed bag.

Sean Danet is an immortal with extraordinary healing powers. Working as a paramedic, he quietly uses his gifts to lessen the severity of his patients’ injuries before they arrive at the hospital. A long life stretches out behind him, but his memories are murky. He doesn’t know his origins, has no family, and lives the life of a common man, populated only by his ambulance crew friends and the “world’s oldest cat.” What Danet does remember about his past is that he’s lived his life as a soldier, under siege, and constantly running from the truth. Knowing that people fear what they can’t understand, he keeps his powers a secret. Everything changes when one patient reacts oddly to Danet’s subtle assistance. After this chance meeting, Danet must figure out who this stranger is, and then decide whether to run again, or stay and fight for the life he’s built.

LeClerc engages the reader with colorful tales of a city riddled with drugs and crime, all told in an authoritative voice. He spares little detail of the physical and emotional suffering surrounding rescue medicine, and the magical elements of the story benefit greatly from LeClerc’s expertise. Danet is believable as a healer.

This is a quick read with characters always in motion. That said, the first half of the book, while filled with interesting vignettes that set the scene and round out our hero, does little to advance the plot. The second half is packed with action and twists, but there are weaknesses in how the main conflict is delivered, and this sometimes slows the story’s pacing. The fight scenes are intricately choreographed and told in rapid-fire fashion to great effect.

While there’s a lot of good in Out of Nowhere, there were problems with the characters that undercut its strengths. While the majority of the dialogue is natural and carries the story, the banter between the paramedic crew members is cringeworthy and feels like it’s straining for laughs. The main characters present as racist, sexist, homophobic, and often disdainful of other first responders and the people they all serve. I’d expect dark and biting humor from people who work in this field, but the casually intolerant language makes it hard to relate to most of the characters.

Additionally, Danet’s repeated objectification of female co-workers makes the rapidly developed love interest feel more like a plot device than a romantic epiphany. I would expect a man who has the capacity to feel love — one who has has lived for centuries bathed in blood and battle — to have developed a more empathetic and mature worldview. With his schoolboy attitudes, anything more substantial than a fling would’ve been more believable as a slow burn.

Out of Nowhere is the first book in LeClerc’s Immortal Vagabond Healer series, which feels like a fresh and exciting concept, but this first installment suffers too much from underdeveloped characters and a reliance on cheap, offensive laughs. LeClerc clearly has the skill, the background, and the imagination to tell compelling stories, so perhaps the characters will evolve across the series in a more positive direction. Sexual situations and graphic depictions of violence make this an adult read.