Please welcome Tim Clare to The Qwillery. The Ice House is published May 2, 2019 by Canongate. 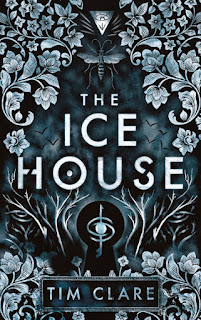 The Qwillery:  Welcome to The Qwillery. What is the most challenging thing for you about writing?

Tim Clare:  For me, the central challenge of all art is telling the truth without stating the obvious. Saying something that feels true but also revelatory. I know that sounds like a cute little maxim and perhaps a bit pretentious, but it applies right across the board. A good piece of observational comedy does that. You're like, 'oh yeah, it *is* like that' and you're surprised and something that's always been there is revealed to you.

In fiction, the problem can manifest as simply as 'How do I get this person to walk into a room and pick up a mug without boring the reader?' and as fiendishly complex as 'How can I say war is bad and love is good in an interesting way, despite knowing 95% of my readers already agree with me?'

I definitely use a mix of planning and discovery, and like most writers I think mine is the One True Way and everyone else is a freak. But it depends on the project. Starting to identify with one style - nurturing an attachment to planning or improvising - is a great way to shut down your growth as a writer. I try to experiment, push myself. More often than not, I discover my narrow conception of what type of writer I am is better understood as a summary of where I've been. Change is the handmaiden of creativity.

TQ:  What has influenced / influences your writing? How does being a poet affect your prose writing?

TC:  I mean, everything I read and almost every aspect of my daily life influences my writing! I don't always realise til later but it's there, percolating through in weird, subconscious images.

Re: the poetry thing. I'm not sure it does affect my prose writing that much. I write mainly rhyming stuff, so I've developed a reasonably good ear for cadence. I suppose the key skill I port across from poetry is not being sloppy on the line. Looking for extraneous words to cut, especially function words like that, the, his, which. And remembering that a full stop is a pause and a form of emphasis, so making sure each sentence finishes on its strongest, most pertinent word.

TQ:  Tell us something about The Ice House that is not found in the book description.

TC:  At one point we meet a pet fox called Dagobert.

TQ:  What sort of research did you do for The Ice House?

TC:  All sorts! I went to the jungle in Borneo, had an explore and took a boat trip downriver. That helped a lot with some baseline flavour. Then I researched rainforests in South America and Vietnam, read about canopy formation and the ecosystem and how humans interact with it. I read a lot of the King James Bible and apocrypha, Buddhist sutras, the history of the Cathars and Butler's Lives of the Saints to formulate Hagar's rather unique theological worldview. I studied beetle anatomy and was very lucky to get a rosemary beetle infestation in our garden. I really love beetles now. I went to a museum and practised loading and handling an SMLE, the rifle Delphine owns. For the birth scene I consulted a doctor who works in paediatrics, read up about C-sections and I was present at the birth of my daughter (which happened during the writing of this novel - not literally while I was on the laptop, but... you know). I researched karst geology and quite a bit on nautical history, a lot on mushrooms and fungi and a surprising amount about roof architecture in different climates. Cloud formations, military uniforms throughout the ages... I really researched a bananas amount and most of it didn't make it to the page. It's just in my head, allowing me permission to bullshit with confidence.

TC:  The accurate, semi-facetious answer is zero. The Ice House opens approximately three minutes after the events of The Honours. But the bulk of the narrative takes place 73 years later.

You don't need to have read The Honours to understand The Ice House, according to advance readers who've only read the second one. But The Honours will be a very different ride if you've read The Ice House. Coming after, it inevitably reveals some of what went on in the previous book.

For me, I think of their relationship as being like Alien and Aliens. You don't have to have watched the first movie to know those marines are in deep shit. But your understanding of why Ripley cares so much is deeper if you've seen Alien.

TQ:  In The Ice House who was the easiest character to write and why? The hardest and why?

TC:  Hagar, one of the two main viewpoint characters, was a piece of piss to write. She wants stuff and she does her best to make it happen, despite being massively outnumbered and under-resourced. The only issue is she was quite happy to take action that knocked the whole plot out of alignment. But I always let her, then rejigged the world to reflect her action, because that was much more interesting than keeping her meek or incompetent. So she was easy, but her effect on other scenes wasn't.

Delphine was the hardest character to write, at first. I love her and I'm very conscious lots of other people do too, so I was so scared of writing bad fanfic of my own work. The events of The Honours changed her. Time has changed her. So how can you have that continuity while ensuring she's not this static pastiche of the original character? It took a lot of ink, a lot of scenes which didn't make it to the final draft, and a lot of listening and reflecting to really find her voice. I interviewed her a bit, but really it was putting her through the challenges of the story, letting her bounce off other characters, that helped me discover who she is now. And of course she's going through that journey herself.

I'm really happy with where she ended up - the process was worth it - but rightly or wrongly I had more performance anxiety with her, because getting her story right matters hugely to me.

TQ:  Which question about The Ice House do you wish someone would ask? Ask it and answer it!

TC:  Oh gosh. I'm going to give the most dickheadish answer to this question and say, I honestly don't have question I especially want to be asked, because the novel itself is everything I wanted to say. Of course I have opinions about the characters, and I can speak about what went into making it, but to a significant extent my opinion about it is no more valid than yours.

I know that might come off like I'm treating my own work as some sacrosanct immutable artefact rather than just some words I put in order. I just... I like the characters, I've spent so long with them, they're weirdly real to me. I don't have one ossified ideological proposition I'm consciously trying to sell you through the medium of fiction.

Well maybe that's the question: 'What would you most like to achieve with the book?'

TQ:  Give us one or two of your favorite non-spoilery quotes from The Ice House.

"'You might want to conceal the gun,' he said. 'Not the best way to make a first impression.'

'You don't know what impression I want to make,' said Delphine."

TC:  I'm working on a novel with the working title All Goblins Must Die, about a goblin anarchist commune at the top of a floating city and four friends who might be the city's unlikely last hope after their heist goes wrong.

I've got some other ideas that I've written short proof-of-concept sections for, I'm starting to fiddle with scenes for the final novel in The Honours trilogy, and I want to write a creative writing handbook. I'm very excited, but dadding keeps me (blissfully) busy so it's taking a while!

TC:  Thank you for having me! 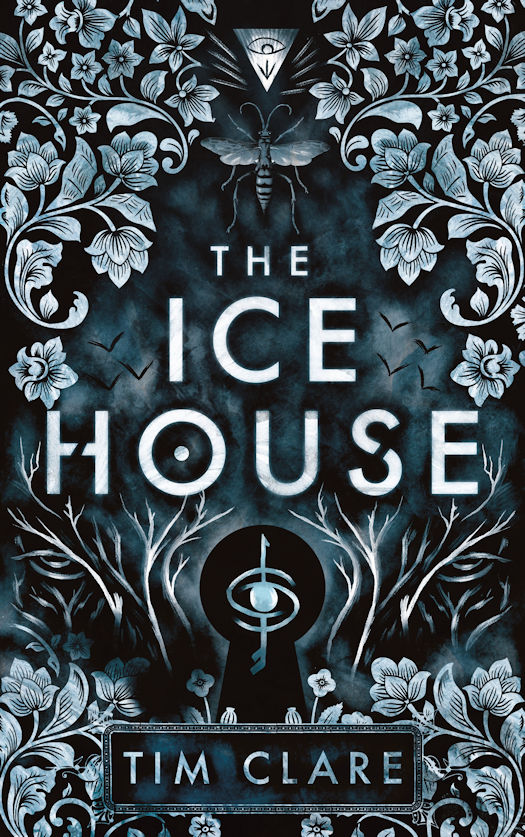 And in that other world, beast-filled and brutal, someone waits for her. Hagar, a centuries-old assassin, daily paying a terrible price for her unending youth, is planning one final death: that of her abhorrent master, the Grand-Duc. The death that will cost her everything. The death which requires Delphine.

Voyaging into this violence and chaos, Delphine must remember who she really is and be ready to fight once more, as war reawakens. In the battle to destroy an ageless evil, will both worlds be saved - or will every mortal creature lose everything? 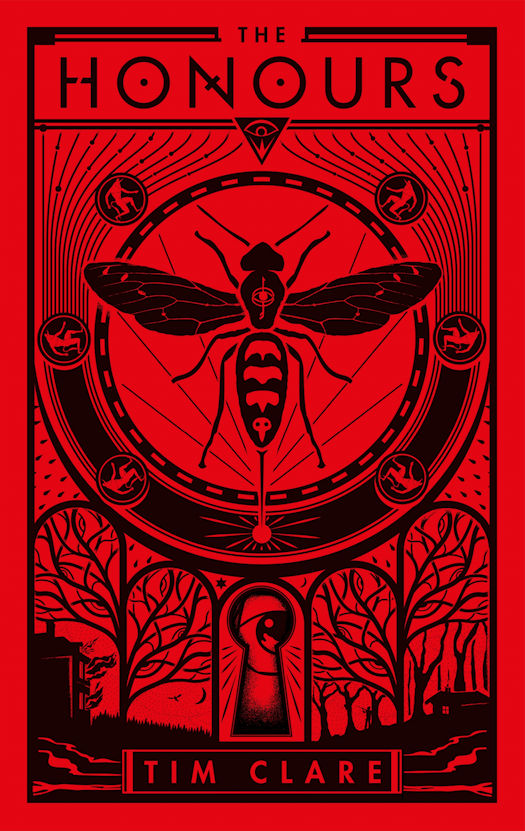 TRUE HONOUR IS ENDLESS. JOIN US.

Its newest resident, Miss Delphine Venner, is determined to uncover the secrets of the Hall’s elite society, which has taken in her gullible mother and unstable father.

As she explores the house and discovers the secret network of hidden passages that thread through the estate, Delphine uncovers a world more dark and threatening than she ever imagined. With the help of head gamekeeper Mr Garforth, Delphine must learn the bloody lessons of war and find the soldier within herself in time to battle the deadly forces amassing in the woods …
Amazon : Barnes and Noble : Book Depository : Books-A-Million : IndieBound
Google Play : iBooks : Kobo

The Honours is a dark, glittering and dangerously unputdownable novel which invites you to enter a thrilling and fantastical world unlike any other.

Tim Clare is a writer, poet and musician. He won Best Biography/Memoir at the East Anglian Book Awards for his first book, We Can’t All Be Astronauts, while his fiction debut, The Honours, was longlisted for the Desmond Elliott Prize. He has performed his work at festivals and clubs across the world, on BBC TV and radio. Tim has also written for the Guardian, The Times, the Independent and the Big Issue, and presents the fiction writing podcast Death Of 1,000 Cuts. His latest novel, The Ice House, is published on May 2nd.