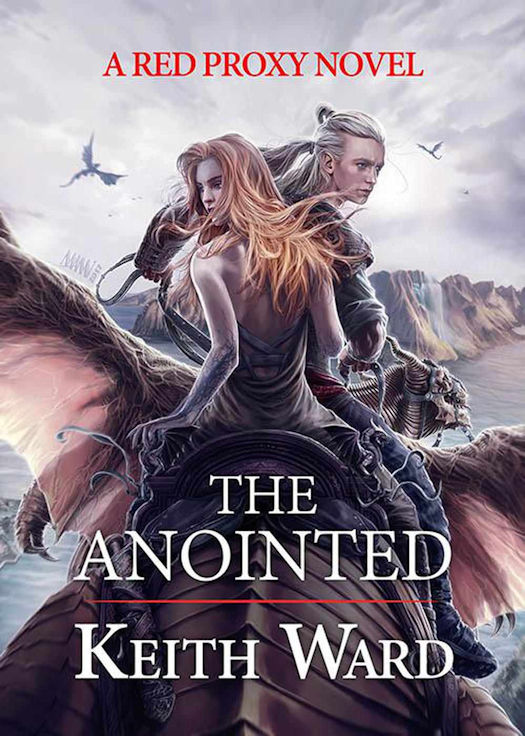 Can they save the world anyway?

Xinlas’s life goal is modest: he wants to be a living legend, revered in song and story. And he’s off to a good start. He faced death once, and won. His legend grew -- at least in his own mind.

Fame comes calling on Xinlas again, or so he thinks, when he’s flying a dragon one afternoon and stumbles on a hidden village. The village has a resource that no one’s ever seen before, something that can enable invasions of foreign lands. It is a force so powerful that a ruthless king will kill for it.

Along the way, Xinlas meets a mysterious orange-haired girl on a river. Greengrass is like no one he’s ever met. He tries to woo her, and can’t understand why she doesn’t fall for his charms like every other girl.

But Greengrass is not every other girl. She is, in fact, the key to stopping the ruler who would enslave millions and crush the world under his throne.

Xinlas can’t let that happen, but he'll need help. Help from Greengrass. The problem is that she can’t stand him.

Will Xinlas become the hero he believes he can be, or will he break under the weight of his destiny -- and his own arrogance? The fate of civilization rests on his choices.

Keith Ward does an excellent job setting the stage for this story - Book 3 of the Red Proxy series. The Anointed is set in Desnu, a world in which each newborn’s span of life is detected by a Span Seer. This Span Seer can also perform a magical ceremony where that lifespan can be transferred to another individual (usually rich or powerful) thus potentially extending their lifespan indefinitely. The downside is the best donors are 99 days old, don’t have a say in the decision, and die upon completion of the transfer.

I had no trouble understanding Desnu’s rules and its magics. I also thought Ward did a great job in his depiction of the very different places and its inhabitants. Peacewood, for instance, is a community shielded by a magical protection. Its people’s relationship with their environment and each other was quite entertaining and well executed. The Fley-Mors dragon ranch was another landscape that was impeccably laid out. The hierarchy of the family, their staff and the dragons themselves lent fluidly to the rising action of the story. The palace, filled with the treachery and malice of a king who schemed and ruled in a ruthless fashion was filled with palpable tension.

Unfortunately, the more I read, the more I struggled. At face value, the characters seem well-developed. I particularly enjoyed the quiet power struggle between maniacal King DuQuall and his dutiful wife, Queen Plyonia. His cruel ambitions pitted against her desperate determination was one of my favorite mini storylines. It’s the protagonist who is most problematic. As the synopsis indicates, Xinlas starts off privileged and egotistical. While eavesdropping on his parents, he learns of a mystery surrounding a seemingly desolate spot. Shirking his responsibilities, he borrows one of the family dragons and accidentally discovers the village of Peacewood. It’s there he meets Greengrass- a brave and adventurous girl who has escaped the confines of her community’s magical protective shield. Eager to discover the mysteries beyond her world, she sets out with Xinlas. Perhaps the inherent goodness and wholesomeness of Greengrass will begin to rub off on Xinlas thus initiating his arc to redemption? Nope. He simply becomes more pompous and self-aggrandizing. His parents, Kertram and Danak are smart, responsible, and loving. Unlike many of this world’s population, they also have a conscience. So how is it that they pretty much just look the other way when it comes to Xinlas’s shenanigans, allowing his reprehensible behavior with few repercussions? His character development goes from bad, to horrible, to despicable. Miraculously, in the final moments he has a change of heart and achieves near enlightenment. This absolutely did not work for me.

Don’t get me wrong, there are some fun bits: I really enjoyed the jail-break, the assassination and the action-packed ending. However, the plot device of the Proxy system made for uncomfortable reading. Surely an entire nation (with the exception of one group of people) can’t believe this system to be good and just? Given the synopsis, I felt that the story itself was too dark and that I was misled. That coupled with poor character development left me with feelings of ambivalence and I rate The Anointed a 5 out of 10.