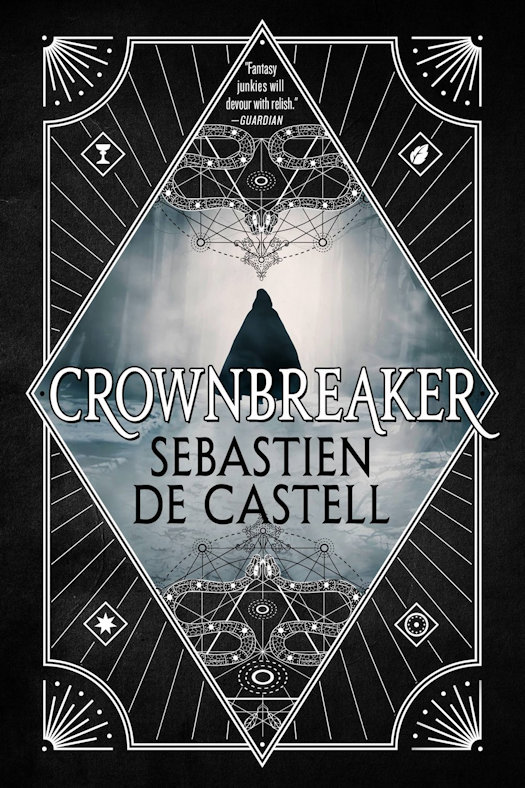 A failed mage learns that just because he’s not the chosen one it doesn’t mean he can’t be a hero in the sixth and final book of the adventure fantasy series that started with Spellslinger.

For more from Sebastien de Castell, check out: 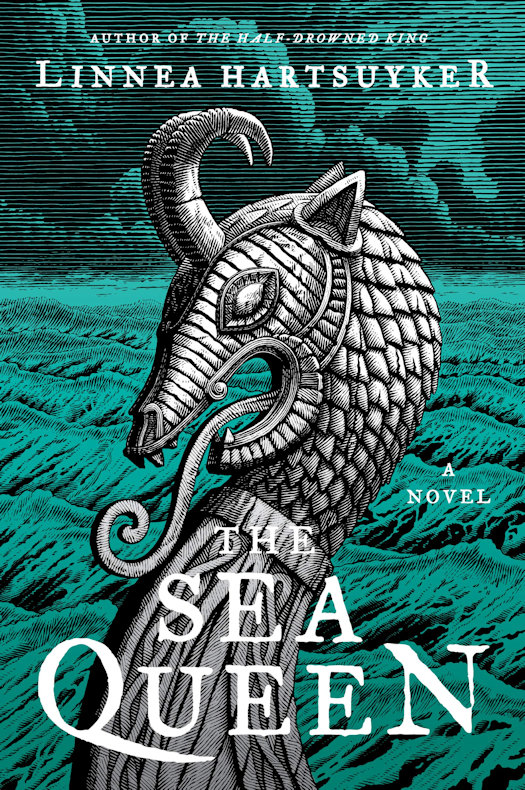 Six years after The Half-Drowned King, Ragnvald Eysteinsson is now king of Sogn, but fighting battles for King Harald keeps him away from home, as he confronts treachery and navigates a political landscape that grows more dangerous the higher he rises.

Ragnvald’s sister Svanhild has found the freedom and adventure she craves at the side of the rebel explorer Solvi Hunthiofsson, though not without a cost. She longs for a home where her quiet son can grow strong, and a place where she can put down roots, even as Solvi’s ambition draws him back to Norway’s battles again and keeps her divided from her brother.

As a growing rebellion unites King Harald’s enemies, Ragnvald suspects that some Norse nobles are not loyal to Harald’s dream of a unified Norway. He sets a plan in motion to defeat all of his enemies, and bring his sister back to his side, while Svanhild finds herself with no easy decisions, and no choices that will leave her truly free. Their actions will hold irrevocable repercussions for the fates of those they love and for Norway itself.

The Sea Queen returns to the fjords and halls of Viking-Age Scandinavia, a world of violence and prophecy, where honor is challenged by shifting alliances, and vengeance is always a threat to peace. 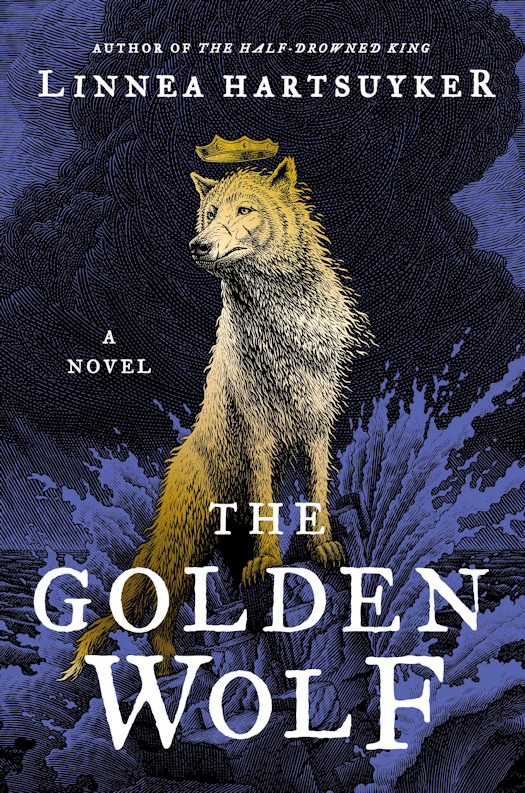 The fates of Ragnvald and his sister Svanhild unfold to their stunning conclusion in this riveting final volume in The Golden Wolf Saga, a trilogy that conjures the ancient world with the gripping detail, thrilling action, and vivid historical elements of Game of Thrones and Outlander.

Ragnvald has long held to his vision of King Harald as a golden wolf who will bring peace to Norway as its conqueror—even though he knows that Harald’s success will eventually mean his own doom. He is grateful to have his beloved sister, the fierce and independent Svanhild, once more at his side to help keep their kingdom secure. Free from the evil husband who used her, she is now one of Harald’s many wives.

While Svanhold is happy to be reunited with her beloved brother, and enjoys more freedom than ever before, she is restless and lonely. When an old enemy of Ragnvald’s kidnaps his niece, Freydis, his sister follows the daughter she has neglected to Iceland, where an old love awaits. This strange new land offers a life far different from what each has left behind, as well as unexpected challenges and choices.

Ragnvald, too, must contend with change. His sons—the gifted Einar, the princely Ivar, and the adventurous Rolli—are no longer children. Harald’s heirs have also grown up. Stepping back from his duties as king, he watches as his sons pursue their own ambitions. But Norway may no longer be large enough for so many would-be kings.

Now in their twilight years, these venerable men whose lives have been shaped by war must face another battle that awaits. A growing rebellion pits Ragnvald and his sons against enemies old and new, and a looming tragedy threatens to divide the hardened warrior from Harald and all who care for him. Across the sea, Svanhild, too, wrestles with a painful decision, risking the dissolution of her fragile new family as she desperately tries to save it.

Yet as old heroes fall, new heroes arise. For years, Ragnvald and Svanhild pursued the destinies bestowed by their ancient gods. Though the journey has cost them much, their sacrifices and dreams will be honored by the generations that follow, beginning with Freydis and Einar. Emerging from their parents’ long shadows, they have begun to carry on the family’s legacy while pursuing their own glorious fates.

This compelling conclusion to the Golden Wolf trilogy recreates Viking-age Scandinavia in all its danger, passion, power, and glory—a world of brutality and myth, loyalty and betrayal, where shifting alliances and vengeance can build kingdoms . . . and can tear them down. 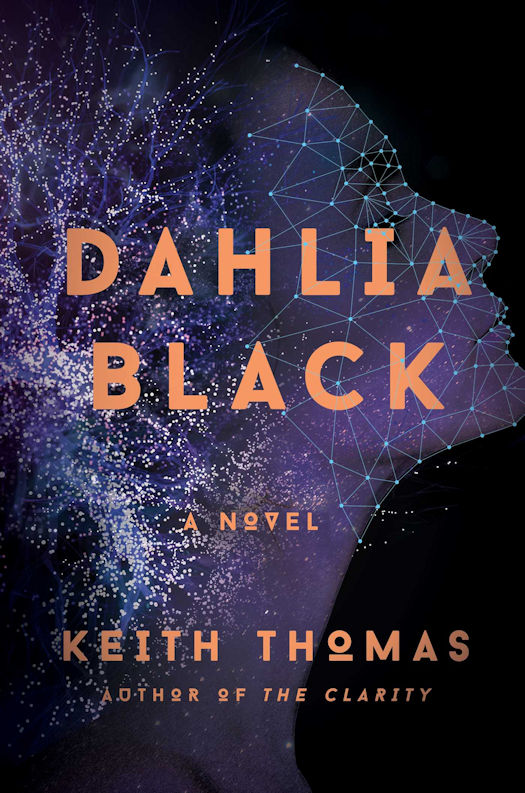 For fans of World War Z and the Southern Reach Trilogy, a suspenseful oral history commemorating the five-year anniversary of the Pulse—the alien code that hacked the DNA of Earth’s population—and the response team who faced the world-changing phenomenon.

Voyager 1 was a message in a bottle. Our way of letting the galaxy know we existed. That we were out here if anyone wanted to find us.

Over the next forty years, the probe flew past Jupiter and Saturn before it drifted into the void, swallowed up by a silent universe. Or so we thought…

Discovered by Dr. Dahlia Black, the mysterious Pulse was sent by a highly intelligent intergalactic species that called themselves the Ascendants. It soon becomes clear this alien race isn’t just interested in communication—they are capable of rewriting human DNA, in an astonishing process they call the Elevation.

Five years after the Pulse, acclaimed journalist Keith Thomas sets out to make sense of the event that altered the world. Thomas travels across the country to interview members of the task force who grappled to decode the Pulse and later disseminated its exact nature to worried citizens. He interviews the astronomers who initially doubted Black’s discovery of the Pulse—an error that critics say led to the world’s quick demise. Thomas also hears from witnesses of the Elevation and people whose loved ones vanished in the Finality, an event that, to this day, continues to puzzle Pulse researchers, even though theories abound about the Ascendants’ motivation.

Including never-before-published transcripts from task force meetings, diary entries from Black, and candid interviews with Ballard, Thomas also shows in Dahlia Black how a select few led their country in its darkest hours, toward a new level of humanity.