Interview with Henry Thomas, author of The Window and the Mirror


Please welcome Henry Thomas to The Qwillery as part of the 2019 Debut Author Challenge Interviews. The Window and the Mirror is published on May 14, 2019 by Rare Bird Books. 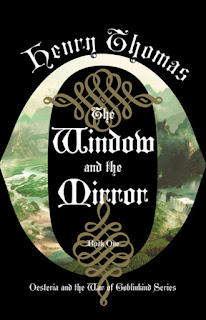 The Qwillery:  Welcome to The Qwillery. What is the first fiction piece that you remember writing?

Henry Thomas:  When I was a boy I wrote a story about a kid who could fly by controlling the wind.

HT:  I’m unsure what a pantser is, should I know this? I plot quite a bit, my ideas generally take time to gestate.

HT:  I always liked Cormac McCarthy’s writing. I like his dialogue a lot. I enjoy reading a lot of genres, but fantasy was always something that captured my imagination and as a boy I read many fantasy novels. Lloyd Alexander, Ursula Le Guin, J.R.R. Tolkien, Terry Brooks, I read all of their books growing up.

TQ:  Describe The Window and the Mirror using only 5 words.

HT:  Off to see the Wizard.

TQ:  Tell us something about The Window and the Mirror that is not found in the book description.

HT:  There are giant rats and blue skinned reptilian creatures called Kuilbolts that prey upon humans in Oesteria.

TQ:  What inspired you to write The Window and the Mirror? What appeals to you about writing Fantasy?

HT:  I am a fan of fantasy, and as a fan I wanted to write an archetypical high fantasy story with a few twists.

TQ:  What sort of research did you do for The Window and the Mirror?

HT:  A misspent youth of AD&D, horses, Classical Fencing/Stage Combat, traveling as a member of a Medieval Bagpipe trio, a brief stint in a 15th century Burgundian reenactment company, more bagpipes, Jousting in full harness and skill at arms on horseback, four years as a student at a German Longsword and Medieval Martial Arts Academy, and four years as an instructor of the Longsword and a few other things at a Medieval Martial Arts non profit club called ‘Kron Martial Arts Los Angeles’ which I co-founded with three of my fellows.

TQ:  Please tell us about the cover for The Window and the Mirror.

HT:  The cover was created by the good folks at Rare Bird, and it cleverly depicts a view one of the characters has through a round window and in the case of the cover that window becomes an ‘O’ for Oesteria.

TQ:  In The Window and the Mirror who was the easiest character to write and why? The hardest and why?

HT:  The easiest for me was the young soldier Joth. In many ways he is witnessing new things all the time so always keeping him in that perspective is fun as a writer because you can describe it precisely as you discover it.

The hardest character to write was Uhlmet, because it is hard to think like him for too long before one wishes to bathe and hear relaxing music.

TQ:  Does The Window and the Mirror touch on any social issues?

HT:  It touches on many social issues between the Dawn Tribe and Oesteria, and Norandia even. It also involves the Kuilbolts and the Guatha Flin. Similarities between our world and that of Oesteria would only present themselves in a satirical nature if at all.

TQ:  Which question about The Window and the Mirror do you wish someone would ask? Ask it and answer it!

HT:  Will we ever hear from Mage Alchemist Norden’s clerk? Yes, but not in this book.

TQ:  Give us one or two of your favorite non-spoilery quotes from The Window and the Mirror.

HT:  “Stay atop your drinking, lads. Don’t none of you let your grief cloud your judgement.”

HT:  I am recording the audiobook, and I am also working on the second book in the series to follow up The Window and the Mirror.

HT:  Thank you for having me!


The Window and the Mirror
Oesteria and the War of Goblinkind 1
Rare Bird Books, May 14, 2019
Hardcover and eBook, 320 pages

A captured soldier must escort a mysterious girl to a distant city to broker peace between two peoples poised on the brink of war. Left to die in a deep chasm, his commander stumbles on to a dark and powerful secret: how to harness the energy of men’s souls and bend them to his will. Is this the secret that Goblinkind has been hiding from the race of men? That all the shiny trinkets of the fabled Goblincrafters are powered by the trapped souls of humans? For Mage Imperator Rhael Lord Uhlmet, the lure of such power is irresistible, even if he must start a war to attain it. 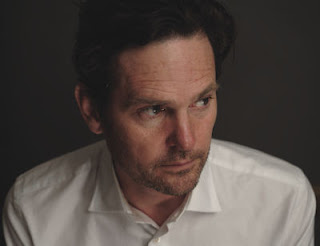 Henry Thomas grew up in Texas and has worked as an actor professionally for most of his life. He has also worked as a musician and a sword fighting instructor. This is his first novel.