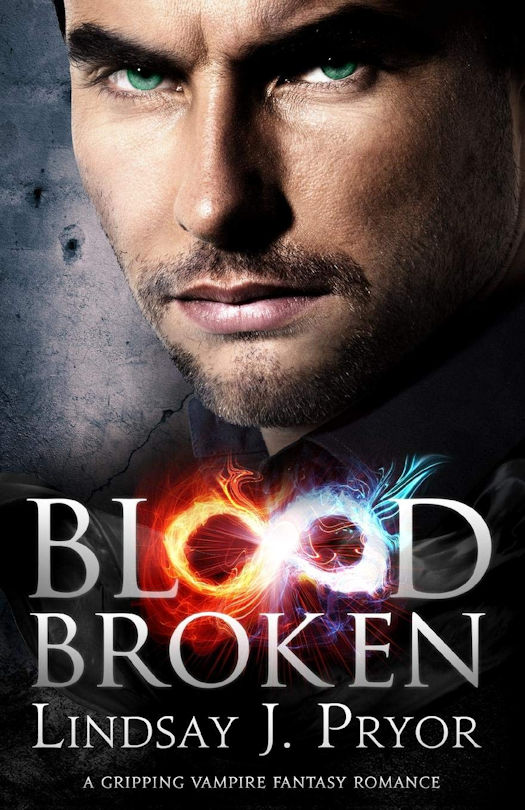 ‘Our love could save us both. Or it could destroy everything.’

Leila McKay is both blessed and cursed. Her potent serryn powers are growing stronger, but they come with a heavy price. And to prove her love for vampire leader Caleb, she needs to bring his murdered brother Jake back to life. The only way is to cast a spell no one has dared to attempt before, that could tear apart the fabric of time itself…

But Caleb fears that treachery runs deep in Leila’s veins. Although the heat between them grows hotter by the second, Caleb’s past has left him with a hard heart and a mistrustful nature, and it was at her sister’s hands that Jake was killed… but with his brother’s life in the balance, giving in to his primal instincts is more tempting than ever.

Time is running out for Caleb. In a matter of hours, Jake will be past the point of saving: and around them, all-out war rages in Blackthorn. With genetically modified lycans and vicious convicts roaming the streets, Sirius Throme at the Global Council has secret plans that threaten to devastate the whole district… and Leila is the only one powerful enough to save them all. But can Caleb really trust her?

With countless lives at stake, will Leila and Caleb’s fierce attraction be strong enough to see them through the ultimate test? Or in unleashing the darkness within, will they destroy everything they hold dear?

The explosive, action-packed conclusion to the utterly addictive Blackthorn series will leave fans of paranormal romance breathless. Blackthorn is an eight-book series with an overarching plot, so if you’re at the start of your Blackthorn journey, read BLOOD SHADOWS to discover how it all began…

I can't believe the time has come when I have to say good-bye to Leila, Caleb, Kane, Caitlen and the rest of the Blackthorn crew in this final instalment of the Blackthorn series, Blood Broken. The prophecy that has threatened our heroes and heroines over the last 7 books is about to come to pass....or is it? The fourth dimension has broken through, super lycans have wreaked devastation, the cons have escaped out of their territory killing innocents all while the Global Council has a devastating plan to rid the world of the 3rd species. Blackthorn has become a battle ground and Leila has the solution to all their problems. Can she be trusted? Will she succeed and save Blackthorn? I will leave it to you to find out.

You could be led to believe that this is another story of Caleb the vampire king and the vampire killer Leila but it's much more. All of the main characters across the whole series have full chapters or part chapters dedicated to their own personal story. All our favourite goodies and baddies have something to say about the prophecy and whether the 3rd species should prevail. I especially enjoyed those chapters dedicated to the various baddies that have made our heroes and heroines lives hell over the series. I especially like Sirius Throme. Even his name sounds nasty and boy he is really really nasty. Since most of the characters are paired off with their love interests there isn't a lot of character development until near the very end of the story and be prepared for the big plot twist that comes with that.

Blood Broken is rather a challenging book to read due to the violence, specifically the violence against women. I have mentioned in previous reviews that I have found the sex scenes rather disturbing and this is even more so in this instalment. If you read one of the sex scenes out of the context of this series then you could very much believe that it was a scene of sexual assault and not of love making There was nothing that was loving, romantic or caring about the scene and I am not sure it added that much to the story as a whole.

Violence aside Pryor ensures that fans of this series are left satisfied as every thread of the plot over the entire series are tied up, every baddy gets their comeuppance and there is a bittersweet HEA for certain characters. Pryor delivers a very satisfying epilogue to end the series which I thought was a good touch.  Overall, I liked Pryor's innovative and complex plot and this would have been a 5 star series had I liked the characters a bit more and she toned down the kidnapping and abuse of the female leads. If you like your bad boys to be really bad then this is the series for you.
Posted by Melanie at 5:59 PM