Guest Blog by Viola Carr, author of the Electric Empire series plus Giveaway


Please welcome Viola Carr to The Qwillery. The Devious Dr. Jekyll, the 2nd Electric Empire novel, was published on October 27 by Harper Voyager US. 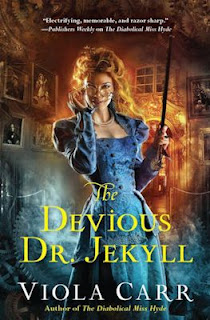 When I first had the idea for my Electric Empire series – that Dr. Jekyll's daughter is a physician and crime scene investigator in a steampunk Victorian London – I never truly anticipated how much fun it would be! Eliza is witty, clever, erudite and curious – a sort of intrepid female Sherlock Holmes, with Dr. Jekyll's inclination to mad science and a suffragette's insistence on gender equality and justice.

But I also didn't anticipate a certain singular difficulty: writing about outdated medicine is difficult.

I'm certainly no medical expert. But I have the modern person's appreciation of basic medical and biological facts – things that a mid-19th century person just didn't know. Their medicine seems naïve and downright dangerous to us, and in many cases it was.

Anyone who's ever sat squirming in front of a primitive surgery scene in an episode of The Knick knows what I'm talking about – and fifty years earlier, things were even worse.

Some medical facts that would have come in handy in 1850:
In my series, I've taken a lot of liberties with the state of science and medicine in Eliza's time. I've introduced anachronisms. But hey, the classic literary characters that inhabit the pages of my novel have been dragged about in time as well.

Eliza plies her trade in a time roughly equivalent to a quasi-1850s or 1860s – it purposefully isn't pinned down – but Strange Case of Dr. Jekyll and Mr. Hyde wasn't written until 1886, and Robert Louis Stevenson wasn't even born until 1850. The strange electrical technology in Eliza's world also hints at a sci-fi classic from an earlier period: Frankenstein, published in 1818.

So there you go. Messing with timelines is fun! But I'd never want to go back to Victorian times, not really. Too much bad medicine. 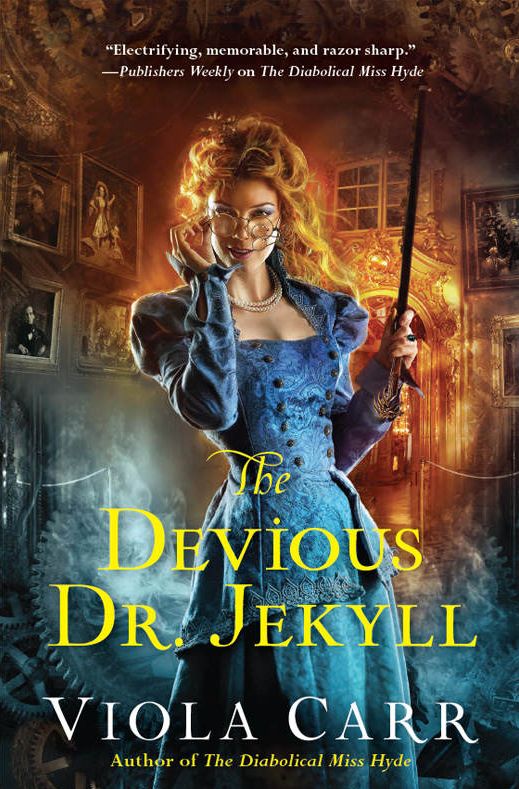 Dr. Eliza Jekyll, heroine of the electrifying The Diabolical Miss Hyde—an edgy steampunk retelling of the classic Dr. Jekyll and Mr. Hyde—investigates a bizarre murder case in an alternate Victorian London while battling her treacherous secret half: Lizzie Hyde.

Solving the infamous Chopper case has helped crime scene physician Dr. Eliza Jekyll establish her fledgling career in the chauvinistic world of Victorian law enforcement. But the scrutiny that comes with her newfound fame is unwelcome for a woman with a diabolical secret. And there is the mercurial Royal Society agent and wolf man Remy Lafayette. Does he want to marry her, eat her, or burn her at the stake? Though Eliza is uncertain about Remy, her dark and jealous shadow self, Lizzie, wants to steal the magnetic and persistent agent, and usurp Eliza’s life.

It’s impossible to push Remy away when he tempts her with the one thing she can’t resist: a bizarre crime. The search for a bloodthirsty ritual torturer dubbed the Pentacle Killer draws them into a terrifying world of spies, art thieves, and evil alchemy, where the price of immortality is madness—or damnation—and only Lizzie’s dark ingenuity can help Eliza survive.

As Eliza and Remy race to thwart a foul conspiracy involving the sorcerous French, they must also overcome a sinister enemy who is all too close: the vengeful Lizzie, determined to dispose of Eliza for good. 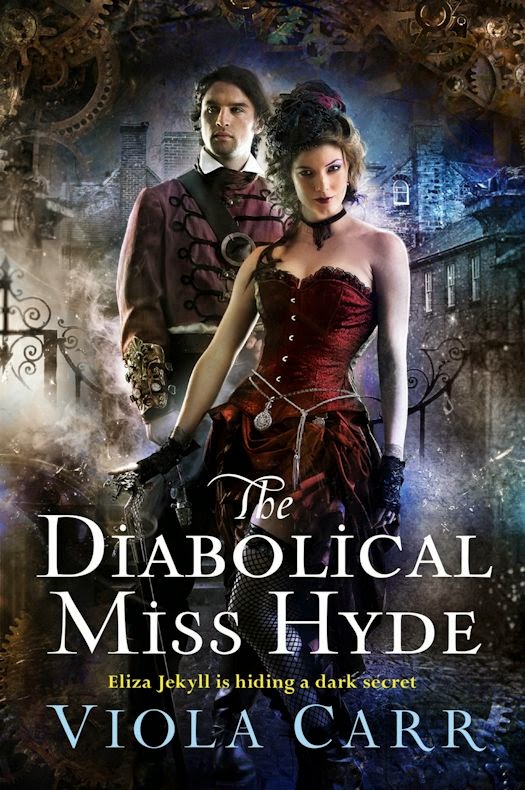 Forensic science, magic, mystery, and romance mix in this edgy steampunk fantasy—a retelling of the horror classic, in which Dr. Eliza Jekyll, daughter of the infamous Dr. Henry Jekyll—pursues a dangerous murderer in an alternate Victorian London.

In an electrified Victorian London, Dr. Eliza Jekyll is a crime scene investigator, hunting killers with newfangled technological gadgets. She will need every advantage available to catch a terrifying new psychopath splattering London with blood. Hidden in the grimy shadows, the fiendish murderer preys on beautiful women, drugging them before slicing off their limbs. Finding the “Slicer” can make Eliza’s career . . . or unmask her darkest secret. Like her father, she has a hidden second self that emerges when she drinks his forbidden magical elixir. Just a few sips, and a seductive and impulsive Lizzie Hyde is unleashed.

The members of the Royal Society do not trust Eliza, and they send their enforcer, the mercurial Captain Lafayette, to prove she’s a dangerous sorceress. The careful doctor knows that one wrong step can make her prey to the clever Lafayette, a man who harbors an evil curse of his own. No matter how much she craves the elixir, she must resist.

But as the Slicer case draws her into London’s luminous magical underworld, Eliza will need the potion’s power to help her . . . even if it might attract the attentions of Lafayette. .

Even if it means setting the wild Lizzie free. . . . 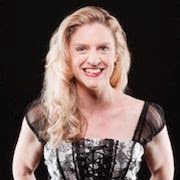 Viola Carr was born in a strange and distant land, but wandered into darkest London one foggy October evening and never found her way out. She now devours countless history books and dictates fantastical novels by gaslight, accompanied by classical music and the snoring of her slumbering cat.

What:  One entrant will win a copy of The Diabolical Miss Hyde by Viola Carr from the Author.

Who and When:  The contest is open to all humans on the planet earth with a mailing address. Contest ends at 11:59 PM US Eastern Time on November 9, 2015. Void where prohibited by law. No purchase necessary. You must be 18 years old or older to enter.