Interview with M. H. Boroson, author of The Girl with Ghost Eyes


Please welcome M. H. Boroson to The Qwillery as part of the 2015 Debut Author Challenge Interviews. The Girl with Ghost Eyes was published on November 3rd by Talos Press. 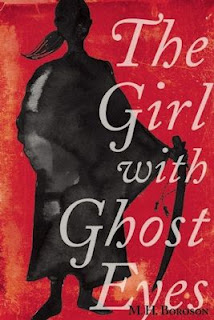 M.H.B.:  I always wrote. Poems and letters when I was a child. I was the kind of kid who had pen pals all over the world. I only started writing fiction in 2010, after I had my Great Big Idea.

M.H.B.:  I plot a detailed outline so I can write by the seat of my pants.

I know what's going to happen next, so my imagination can focus on surprising me with emotions and images, making *this* moment vivid and powerful, fleshing out the characters in ways I didn't expect.For me, a detailed plot allows me to focus more creative energy into my storytelling rather than the sequence of events.

M.H.B.:  Perfectionism. It's also one of my sources of strength. Perfectionism drives my research to be top-notch, the details thorough, the language riveting, the plotting edge-of-your-seat. It also paralyzes me with indecision and leaves me second-guessing all my choices.

M.H.B.:  There were three primary inspirations behind The Girl with Ghost Eyes.

1. Huang Ying (黄鹰). His horror-fantasy novels have never been translated into English. His most famous story was adapted into the movie Mr. Vampire. Huang drew on traditional Chinese ghost lore in order to create a Chinese alternative to the Universal Studios monster movies. He created a delightful and gruesome mythos with a great sense of spooky comedy.

2. Buffy the Vampire Slayer. The tv series showed me that genre stories could be so much bigger than I'd realized.They could be subversive, empowering, and feminist, while still telling a kick-ass story. They could have profound meanings; they could bring laughter and tears. The raw emotion behind some of the twists is still stunning to me.

3. The Woman Warrior: Memoirs of a Girlhood Among Ghosts, by Maxine Hong Kingston. The book makes use of Chinese ghost stories to explore the nature of growing up Chinese and female in America. Some of the language is spectacular.

TQ:  Describe The Girl with Ghost Eyes in 140 characters or less.

M.H.B.:  In 1898 a Daoist priestess protects Chinatown from Asian ghosts and demons. The story is full of history, fantasy, and Chinese culture.

TQ:  Tell us something about The Girl with Ghost Eyes that is not found in the book description.

M.H.B.:  The Girl with Ghost Eyes is intended as the first novel in an ongoing series. The scope is epic but (I hope) it remains personal.

TQ:  What inspired you to write The Girl with Ghost Eyes? What appeals to you about writing Fantasy?

What if someone combined Buffy the Vampire Slayer, Maxine Hong Kingston's The Woman Warrior, and a film genre from Hong Kong called Spirit Magic Kung Fu?

I saw the potential for great stories --rip-roaring, stay-up-all-night-to-finish-reading stories -- and it would also be intersectionally feminist. It would have amazing fantasy images on the surface and deeper hidden meanings. It would be an extended love letter to Chinese folklore, spiritualities, and cinema.

I'd studied Mandarin, so I was able to draw from primary sources and bring a wealth of detail -- accurate depictions of magic and monsters that had never been written about in the English language.

Fantasy fiction is a big tent. It can contain awesomeness and explosions, like The Dresden Files; it can be rich,meaningful, and literary, like China Mieville, Maggie Stiefvater, and Tanith Lee. It can contain social observations and delve deep into the religious imaginations of other cultures, like The Girl with Ghost Eyes.

TQ:  Why did you set The Girl with Ghost Eyes in San Francisco?

M.H.B.:  San Francisco at the end of the Nineteenth Century is a place of fog and cobblestone streets. It's like the setting of a gaslamp fantasy, with seagulls instead of blackbirds. A Chinese ethnic enclave struggles to coexist with the culture outside; laborers work hard, illegal organizations entertain the cultural outsiders, bigots chant "The Chinese must go," Christian missionaries try to teach immigrants the error of their ways, constables patrol the streets, and freed slaves compete for jobs.There's so much conflict there. So many stories. So much potential for drama.

Setting the stories in San Francisco at the turn of the 20th century allowed me to place Li-lin at the crux of many conflicts: male/female, tradition/change, father/daughter, culture/assimilation, Chinese/American. And that simply rocks.

TQ:  What sort of research did you do for The Girl with Ghost Eyes?

M.H.B.:  I interviewed over a hundred Chinese and Chinese American people, asking them to tell me stories about ghosts, demons, Daoist priests, superstitions, folktales, and the afterlife, as well as stories about immigration, assimilation, gender roles, family, class struggles, and inter-generational conflict.

I bought Daoist manuscripts so I could study them. I also studied paper talismans and divination methods. I corresponded with contemporary Daoist priests.

Three semi-modern books of Chinese ghost stories provided me with a great deal of material: Pu Songling's Tales from the Liaozhai, Ji Xiaolan's Straw Hut Notes, and Yuan Mei's What Confucius Omitted. I took detailed notes on these books.

I went further back and took notes on ancient texts like the Shan Hai Jing (Classic of Mountains and Seas), The Investiture of the Gods, and Journey to the West.

I watched hundreds of movies like Mr.Vampire, A Chinese Ghost Story, and Green Snake.

I studied history texts and19th-Century newspapers to learn what life was like at the time and place ofthis story.

M.H.B.:  The protagonist, Li-lin, was easy to write. I had placed so much of my imagination into listening to the accounts of people like her; she flowed into the story.

Her father was much harder. Li-lin herself doesn't understand him, so I needed to give his actions an internal logic which would be true to him and yet mystifying to his daughter.

TQ:  Which question about The Girl with Ghost Eyes do you wish someone would ask? Ask it and answer it!

M.H.B.:  "What makes the story relevant in today's world?"

In the world of The Girl with Ghost Eyes, men marry ghosts, household objects come to life after a hundred years, corpse-walkers lead dead men on journeys, and burnt paper offerings become real objects in the afterlife. Readers will discover symbols they’ve never seen before. The resonant marvels of an entire civilization are waiting.

As I researched the history, as the stories took shape, I realized that these historical conflicts remain relevant to this day. The struggles of immigrants are timeless and universal. Xenophobia still shapes our discourse around “illegals.” The Chinese Exclusion Laws and the Geary Act echo in the controversy over California’s Prop 187. The Tong Wars provide insight into both small-scale gang violence and large-scale organized crime, which are still part of our society. Again and again, the events of this time and place in history have been re-enacted in today’s headlines. Again and again, the events of this period give us a lens to understand our world better.

TQ:  Give us one or two of your favorite non-spoilery lines from The Girl with Ghost Eyes.

The Pace of Yu would allow me to wander the three realms. I stamped the floor hard with one foot, and dragged the other. I danced the broken, halting steps of Yu the Great, who beat back the floods. Singing, stamping, and dragging, I danced as Yu, who could transform himself into a bear, yet walked with a limp. Yu the king, the sorcerer, nearly a god, who slew the beast with nine heads. His power cascading through me, I danced the same series of limping steps over and over, making intricate magical gestures with my hands.


There was an uncanny beauty to the spirit side of Chinatown, lit by perpetual moonlight, but brighter and more golden than the moon looks from the world of the living. Beautiful and eerie,the world of spirits would be a terrible place to spend eternity; unable to enter the cycle of birth and death and birth again, yet unable to establish a home in the lands of the dead. 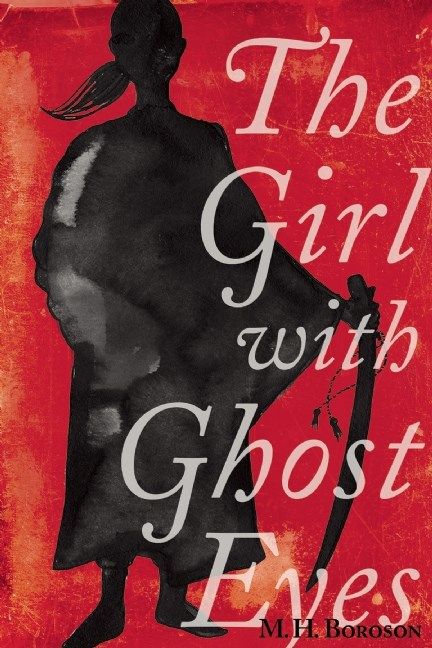 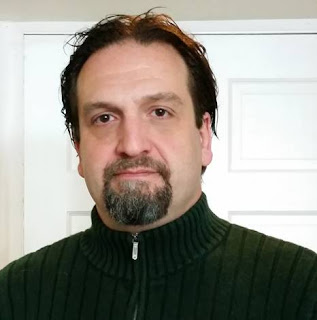 M. H. Boroson was obsessed with two things as a young man: Buffy the Vampire Slayer and kung fu movies. He has studied Chinese religion at Naropa University and the University of Colorado and now lives in Denver, Colorado, with his wife and three cats. The Girl with Ghost Eyes is his first novel.

The Girl with Ghost Eyes Blog