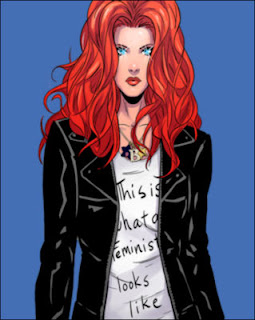 The glamorous but feisty redheaded reporter. That mysterious hunk with the eye-patch. Those rare black orchids. For 70 years, the melodramatic romantic adventures of Brenda Starr, Reporter captivated comic strip readers. Now, like every other character of yesteryear, pop culture icon Brenda Starr is staging a comeback.

Brenda Starr’s creator, Dale Messick (1906-2005), shattered the glass ceiling for female cartoonists and adventure-seeking heroines in the daily and Sunday comic sections. The 21st century version finds the character in her early 40s working as a TV pundit and visiting college professor. She returns to hard news at a digital start-up when a series of murders targeting Chicago’s elite hits too close to home, all while navigating the complexities of modern life with a younger lover, a tycoon ex-husband and a head-strong, college-aged daughter showing signs of becoming Brenda Starr 2.0.

Renowned pop culture historian Trina Robbins (Babes In Arms: Women in the Comics During World War II) views Brenda Starr as an important feminist figure. “Lois Lane was pretty but pesky and always needing Superman to rescue her,” Robbins said. “Brenda Starr was the heroine of her own stories. She got out of dangerous scrapes using her courage and intellect.”

Author J.J. Salem, like many fans of the original strip, lost track of Brenda over the years. “News of its cancellation resonated with me,” Salem said. “I was struck by the media coverage the ending announcement garnered, and I realized Brenda could have impact outside of comic strips. The world of Brenda Starr is a treasure chest for a novelist.”

Announcement of Brenda Starr’s return follows a wave of reboot plans for nostalgic properties, including Nancy Drew, Hart to Hart, Kojack, Xena: Warrior Princess, and Fantasy Island among others. Salem is excited to march Brenda Starr into the everything-old-is-new-again parade. “The world Dale Messick created is truly sacred ground,” he said. “But Brenda Starr was always larger than life and very real to her creators and fans. I can’t wait to get her new stories out there. Brenda always had a lot to say about the culture around her, and that’s not going to change.” 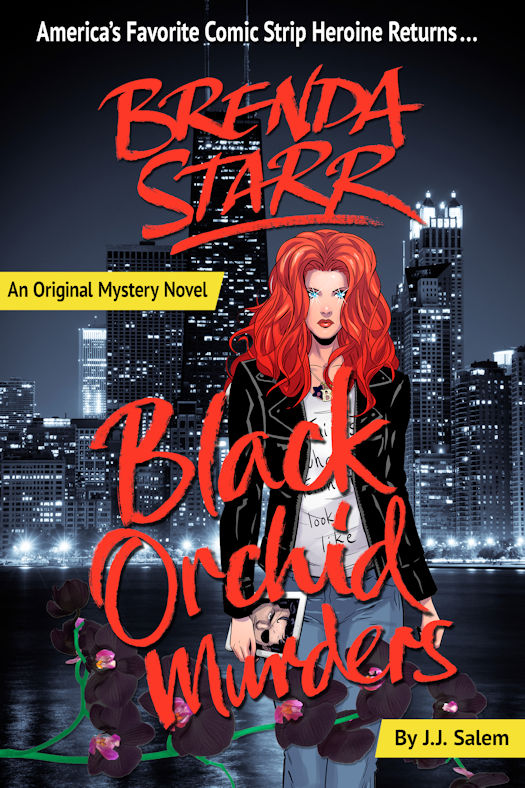 A Killer Is Targeting Chicago’s Elite
A string of high profile murders has the city’s media elite set on hyper alert. The crimes are the work of a calculating and deadly mastermind who operates in the shadows, leaving behind a mysterious signature with each lethal strike—a rare black orchid flower.

Can Brenda Starr Get The Truth Before . . .
The chaos calls on Pulitzer Prize-winning reporter Brenda Starr to leave her second career act as a TV pundit and return to the hard news beat. It’s a move that brings her face to face with ex-colleagues, ex-rivals . . . and ex-husband Basil St. John, the tycoon and rogue adventurer who proves to be as elusive and alluring as ever.

She Becomes The Next Murder Victim?
Brenda Starr is back. And as the intensity of her investigation grows, so do the complications in her personal life—a romance with Chicago’s top sports anchor, unresolved feelings for Basil and a feud with daughter Starr Twinkle, the 18-year-old rebel spirit who dreams of being a fearless journalist just like her mother. All too soon, a shocking discovery reveals the terrifying enormity of the killer’s end game. Now Brenda Starr must take decisive action to protect the people she loves the most—and save her own life.

Caption: Brenda Starr is set to return in a fiercely contemporary mystery novel series. She made her debut in 1940 and became America’s favorite comic strip heroine in a serial that ran for seven decades. 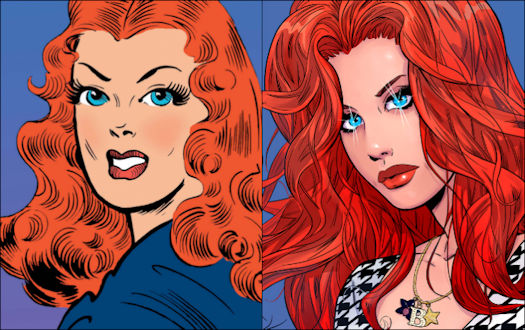 Once called “the literary love-child of Sidney Sheldon and Jackie Collins” by The Daily Record, J.J. Salem’s affair with women’s commercial fiction began as a teenager when he worked odd jobs to splurge on the hardcover edition of Collins’ Hollywood Wives. With writing that’s been called “deliciously bitchy,” “captivating,” and most pointedly, “escapism with a feminist edge,” the USA Today bestselling author has published 20+ books in a wide array of genres from suspense and romantic comedy to young adult fiction and celebrity biography. Salem has parlayed his lifelong fandom of the newspaper comic strip Brenda Starr, Reporter (1940-2011) into a contemporary novel series, Brenda Starr Mysteries, an officially licensed reboot that brings the glamorous feminist icon into the 21st century for exciting new adventures.