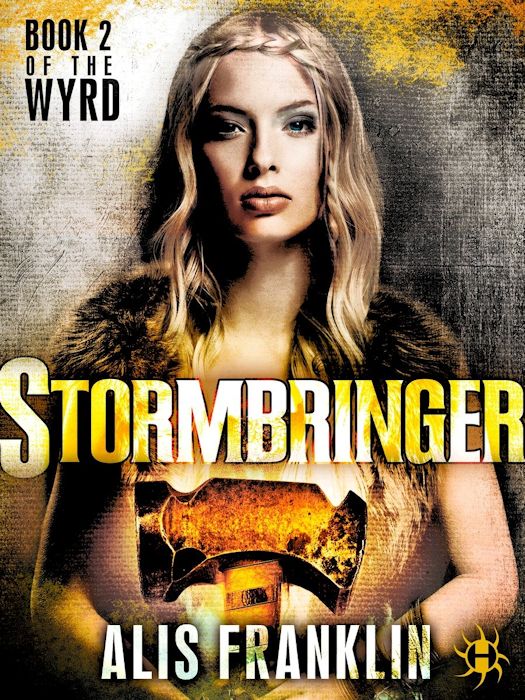 Ragnarok—aka the end of the world—was supposed to doom the gods as well. Instead, it was a cosmic rebooting. Now low-level IT tech and comic-book geek Sigmund Sussman finds himself an avatar of a Norse goddess. His boyfriend, the wealthy entrepreneur Lain Laufeyjarson, is channeling none other than Loki, the trickster god. His best friends, Em and Wayne, harbor the spirits of slain Valkyries. Cool, right?

The problem is, the gods who survived the apocalypse are still around—and they don’t exactly make a great welcoming committee. The children of Thor are hellbent on reclaiming their scattered birthright: the gloves, belt, and hammer of the Thunder God. Meanwhile, the dwarves are scheming, the giants are pissed, and the goddess of the dead is demanding sanctuary for herself and her entire realm.

Caught in the coils of the Wyrd, the ancient force that governs gods and mortals alike, Sigmund and his crew are suddenly facing a second Ragnarok that threatens to finish what the first one started. And all that stands in the way are four nerds bound by courage, love, divine powers, and an encyclopedic knowledge of gaming lore.

Stormbringer, the 2nd novel in the Wyrd series by Alis Franklin, starts immediately after the events in Liesmith, book 1. In addition to Lain Laufeyjarson/ Loki, Sigmund Sussman, Wayne and Em are back and are all caught up in the machinations of those in the Wyrd. Hel wants Wayne's and Em's help because they are Valkyries. Sigmund joins them because he is considered a god(dess) of Asgard. Lain heads off to Asgard to return something of Odin's and gets caught up in the plots of Thor's children who wish to reclaim their birthright in Thor's hammer and the belt and gauntlets necessary to wield it. Things go from bad to really extremely bad for Lain but he's channeling Loki so sets his own schemes in motion. Almost nothing goes as planned for anyone and all hell breaks lose.

Franklin grounds her series in Norse mythology which is full of drama, grudges,double and triple crosses, power hungry gods, monsters of all sorts, and more. Franklin has used Norse mythology to great effect in the Wyrd series. She has created some wonderful characters as well. Lain/Loki is a Norse god trying to leave the old world behind and run an extremely successful company based in Australia. He's still a trickster with dubious morals at times but has a deep love for Sigmund. Sigmund is an IT guy who loves Lain/Loki despite the troubles that Loki causes. Sigmund makes Lain want to be a better person. Wayne and Em, Sigmund's friends, are terrific, smart and strong woman. They are wonderful friends who are very protective of Sigmund.

Asgard and surroundings make a great setting for the novel allowing Franklin to introduce more of Norse mythology. Stormbringer moves along at a fast pace with plenty of action, scheming gods, deep emotion, and revelations, but what makes these stories so remarkable are the characters. I can't wait to see what Franklin throws at Lain and Sigismund next.

A Note: My only quibble with the novel is the use of Old Norse spellings for names, etc., because the novel is set mostly in Asgard (Ásgarðr). I found it a distraction that took me out of the story several times, especially with names like Þrúðr, which would have been fine in transliteration as Thrúd or Thrud. Franklin does includes a note on how to pronounce eth (ð) and thorn (þ) and there is a glossary at the back of the novel.