Please welcome J.L. Murray to The Qwillery. Eat the Ones You Love, the 2nd book in The Thirteen series, was published on August 3rd. 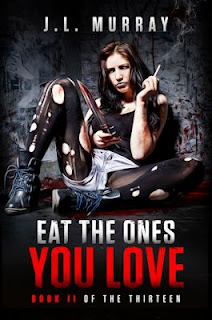 Death. It's basically my bread and butter. I write about death (or Death) in almost every book. Even when I'm not writing about death specifically, it's always there, lurking just below the surface. Zombies, vampires, demons, whatever. Death, killing, blood and gore are how I make my living. And some people say I'm pretty good at it.

Several weeks ago, I realized something needed to change. I've been writing for a long time, but professionally, it's only been about three years give or take. I was becoming unhealthy, eating badly, gaining weight. You know, the usual suspects when your career relies on you sitting on your ass. So I strapped on some running shoes and got started. I ran...for almost a minute. But I had to start somewhere, so the next day, I went out again. Three weeks later and I can run about a mile. I'm working on it. But the fact that I did this only proves what I was talking about. Death. It permeates us. We're afraid of dying, which I think is a natural fear. And as a horror writer, I write about what scares me most. As they say, the biggest monster is already inside of you.

I dwell in death all day and all night. But I also have a pretty nice life that just keeps getting better the longer I keep at this writing gig. So, if I'm so afraid of dying, enough to torture myself with running after so long being a schlub, why do I surround myself with it? Death, dying, murder. My jewelry is even tinged with death. I have a favorite ring that looks like a skeleton's hand gripping my finger. My house is decorated with Day of the Dead paraphernalia. Things that remind me that death is not only scary, but also beautiful.

What scares us can be so achingly beautiful. If I can see the beauty in a girl that wants to eat people, in a vampire's lust for blood, in Death taking souls against their will and guiding them where they need to go, to see how darkly beautiful it is, it doesn't seem as terrifying. I surely don't want to die yet, and I'm going to keep working on being healthy, but I think that if artists don't use their fears as subject matter, then they are doing a disservice to their medium.

Death is beautiful. Blood is beautiful. And though it might categorize me as morbid, it's enough to know that there is beauty even in -- perhaps especially in-- the things that we fear most. After all, if we didn't have darkness, we wouldn't know what the light was. 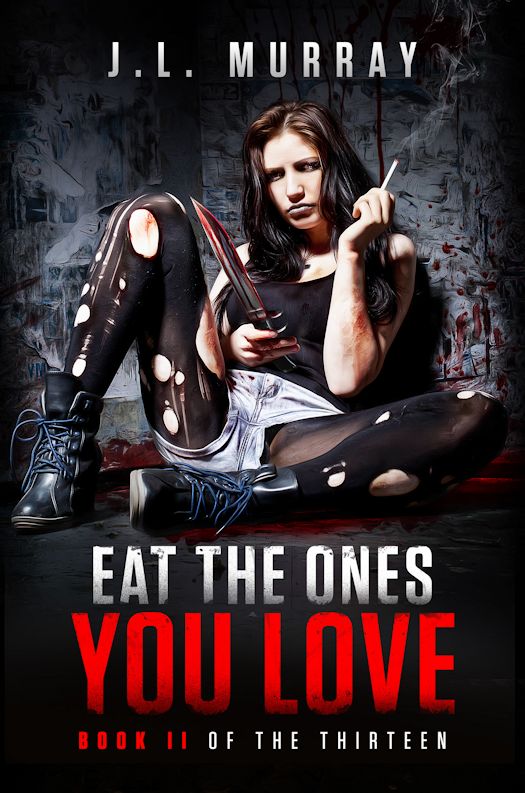 "What have I become?"

Jenny always lives to fight another day. But she’s not so sure she wants to. She saved Declan, and he hasn’t come back quite right. And after meeting a group who call themselves The Thirteen, Jenny is convinced that she would be better off on her own.

But when the group is attacked at her mother’s old bunker, Jenny wakes up to find her little undead family in tatters, the newcomers gone, and one of her friends missing. If she wants to find him, she’s going to need to talk to someone she’d much rather kill: her mother. In the process, Jenny finds that she has a much larger family than she thought. 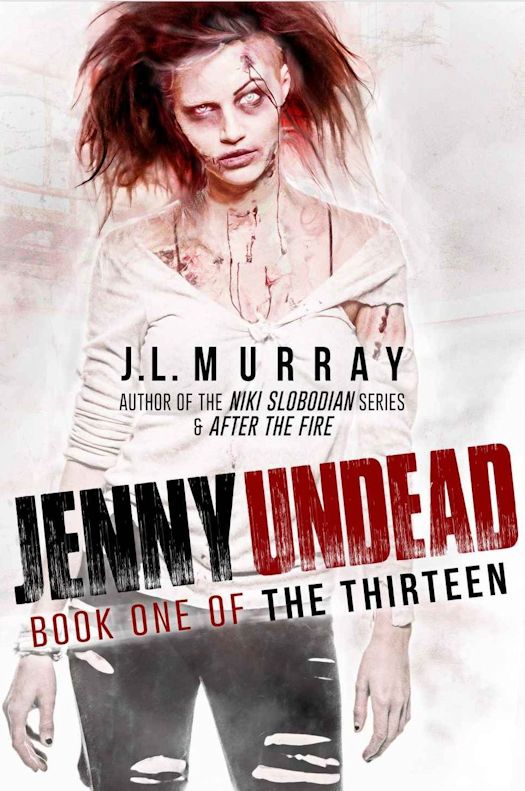 In a world ravaged by disease and chaos, Jenny has a secret. She and her brother were part of a gruesome experiment conducted ten years earlier in an attempt to stop the zombie apocalypse. If the rumors are true, her mother was the hated pathologist who released the disease in the first place, leading to the destruction of government, civilization, and life as we know it.

Despite the constant terror of the undead, Jenny is as happy as a post-apocalyptic girl can be. She has friends, she's good with a knife, and she has Declan Munro by her side. But when she hears her brother might still be alive and living with the Underground, a religious group hiding in the now-defunct subway, Jenny jumps at the chance to find him. She infiltrates the group to right the wrong she caused when she ran away, leaving him in that lab.

When she finds him, though, Casey is not at all what she expected. He's been turned. And the impossible happens when Jenny is bitten. She and Casey are dead, but they're not like any other rotters. Their minds are still intact. And there are others: Thirteen children survived the mysterious experiments, and it's up to Jenny to find them and bring an end to the plague. But not everyone wants the chaos to end.

Between battling her hunger for living flesh and the all-encompassing rage that goes with it, and the realization that a killer is stalking both the living and the undead, Jenny has her hands full. Coming between a dead girl and the people she loves is a big mistake. Because if you can count on one thing, it's this: 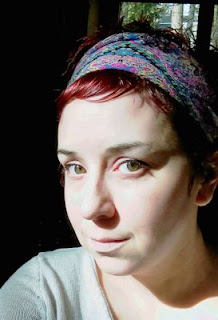 J.L. Murray is the author of the Niki Slobodian series (Between the Devil and the Deep Blue Sea, The Devil Is a Gentleman, Before the Devil Knows You're Dead, The Devil Was an Angel, and The Devil's Backbone), The Thirteen series (Jenny Undead and Eat the Ones You Love), After the Fire, and the highly anticipated upcoming series Blood of Cain (Monstrous).

Murray is a firm believer that horror can be beautiful, and that good and evil are very far from black and white. She lives with her family in Eugene, Oregon and can be reached through her website at www.jlmurraywriter.com.

Labels: Eat the Ones You Love, giveaway, Guest Blog, J.L. Murray, The Thirteen
Email ThisBlogThis!Share to TwitterShare to FacebookShare to Pinterest