Interview with Scott Wilbanks, author of The Lemoncholy Life of Annie Aster


Please welcome Scott Wilbanks to The Qwillery as part of the 2015 Debut Author Challenge Interviews. The Lemoncholy Life of Annie Aster was published on August 4th by Sourcebooks Landmark. 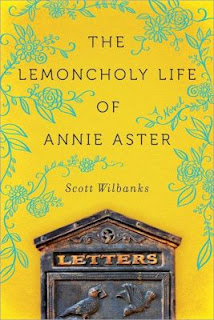 Scott:  Thank you, but we’re so not digging into these questions until someone tells me how you came up with the name for the blogspot. I… love… it.

Assuming a response will find its way into my inbox shortly, I’ll admit that my writing career didn’t have conscious beginnings. It was all a bit of an accident, really. I’d just returned to my hotel room after the closing arguments in a trial that was three years in the making, one in which I’d had to bring a suit against a very large company.

I’d barely closed the door to my hotel room when I experienced an anxiety attack that was so severe I basically collapsed. When able, I crawled into the shower, and the strangest thing happened while the water poured over my head. An odd sentence popped into my head that had to do with an imaginary character I’d been toying with. It was still bouncing around in my head when I was heading to bed, so I simply wrote it down on a piece of loose-leaf paper.

Two days later, I stumbled over it while I was cleaning out my brief case back in San Francisco. It intrigued me. I wrote another sentence on a whim. Then another. A little over two months later, I’d written close to four-hundred-fifty pages.

Now, let me be clear. They were the worst words ever written. Full Stop. But they provided the seed from which I taught myself the basics in the craft of writing, and eventually—after several detours—evolved into The Lemoncholy Life Of Annie Aster in its final iteration.

TQ:  Are you a plotter, pantser or hybrid?

Scott:  Well, I haven’t established much of a track record yet, but if Lemoncholy is any example, I’m not just a pantser, I’m a bona fide stream-of-consciousness(er).

That being said, I recently had to flip the script for my sophomore effort, because my agent was pressing not only for opening chapters, but also a plot synopsis. That meant I couldn’t simply follow my nose. I had to build the story line from start to finish before I dug into my chapters. And while I can say that it is a more efficient approach, I can also confidently say that I’m more of a free-for-all, throw-it-against-the-wall-and-see-what-sticks kind of guy at heart.

Scott:  Finding the courage to put the first word down on the page, I kid you not. I suspect it’s an OCD thing. By the time I’d whipped Lemoncholy into publishable shape, I had a basic grasp of how high to set the literary bar, and that’s a good thing. The problem lies in the fact that I don’t simply want to attain it, I want to leave it in the dust—from the word go. I set impossible standards for myself. So, starting is a wrench, sort of like getting a train moving. The wheels move slowly at first, but eventually gain a head of steam.

Scott:  Don’t laugh, but I’m falling in love with Jane Austen these days. Of the contemporary authors whose work I’ve been reading, Deborah Harkness, Erin Morgenstern, and David Mitchell’s works have lingered in my head long after I’ve closed the back cover. It’s JRR Tolkien, however, who turned me into a book-a-day nerd by the age of fourteen and who fuelled my outside-the-lines imagination. I would never have written a word if it weren’t for his trilogy.

TQ:  Describe The Lemoncholy Life of Annie Aster in 140 characters or less.

Scott:  OMG, this is going to suck really bad! Tweeting is my Achilles heel. LOL

In LEMONCHOLY, love and fate conspire to save two, awaken three, and unite a family of five misfits separated in the stream of time.

Or (for those who prefer less abstraction in their loglines)

LEMONCHOLY tells a story of two pen pals, separated in time, who must solve a homicide that is yet to happen, and yet somehow already did.

TQ:  Tell us something about The Lemoncholy Life of Annie Aster that is not found in the book description.

Scott:  All the hype has been on Annabelle Aster and Elsbeth Grundy’s time-twisting adventure, but there is a secondary story line woven throughout Lemoncholy that I’m quite fond of. It involves Annie’s best friend, Christian, a man burdened by a secret buried so deep within his subconscious that it leaves him with a debilitating stutter, and Edmond, a man whose struggle to master his own demon—drug addiction—brings the thing that is haunting Christian into the light of day.

TQ:  What inspired you to write The Lemoncholy Life of Annie Aster? What appealed to you about writing an historical fantasy?

Scott:  A botched first date, I kid you not.

We were having coffee, and I thought everything was going swimmingly, that is, until he said, “I think we’re destined to be great friends.” The conversation took a cataclysmic decline at that point, and I drove home with my tail tucked between my legs. It was during that drive that I decided outcomes are only inevitable if you accept them as such, and immediately drummed up Annie and Elsbeth in my head. When I got home, I had Annie write a letter to El, asking for advice regarding her lovestruck friend—me—and fired it off to my failed date’s email address.

The next day, I received a call… from him… at work. Apparently, my email had done the rounds at his office and was a bit of a hit.

“El has to write back,” I answered, as if nothing could be more obvious.

That snippy little retort got me an email in return (from Elsbeth), and a second date. It also got me a third, and led to a regular correspondence in which I acted as the director, and which, ultimately, cemented the personalities of my two leading ladies for LEMONCHOLY.

The historical fiction component, itself, was just a happy accident. I saw Annie as a contemporary San Franciscan with an old world (Victorian) sensibility. So, when I created Elsbeth to be her foil, I simply flipped the script and made her an old world Kansan with a contemporary sensibility, simply for the sake of irony.

TQ:  What sort of research did you do for The Lemoncholy Life of Annie Aster?

Scott:  It’s going to kill me to admit this, but I took a sort of ridiculous pride in doing no research whatsoever. When I was picked up by my agent, things changed. She said the manuscript needed more historical detail, and I quickly learned just how frighteningly comprehensive Google can be. In the end, I went for quirk. I wanted to fold in historical detail that wasn’t expected. For instance, I learned that certain women-of-standing used arsenic as a beauty product, to provide the “wan” look. How weird is that?

Scott:  I’d have to say that Elsbeth was the easiest for me to write, because she’s so unfiltered with her take-no-prisoners attitude. I could let it rip, splattering her cantankerousness all over the page. The only really tricky part censoring that potty mouth of hers while also making the end result blend believably with her expansive schoolmarm vocabulary.

The hardest? Christian—mainly because I used myself as his template. I raised some long-buried demons and rubbed myself raw to get that young man onto the page.

TQ:  Which question about The Lemoncholy Life of Annie Aster do you wish someone would ask? Ask it and answer it!

Scott:  What did you wish to accomplish by writing The Lemoncholy Life Of Annie Aster?

I want readers to be as charmed by the words as they are by the story line. I want them to savor the sentences. If I can evoke the wonder of A.A. Milne’s Hundred Acre Woods in any way, or the magic of Erin Morgenstern’s The Night Circus, gifting someone with a smile as they read, then I feel I’ve accomplished something meaningful.

TQ:  Give us one or two of your favorite non-spoilery lines from The Lemoncholy Life of Annie Aster.

Elsbeth Grundy was a loner, and an odd one at that, but company was headed her way whether she liked it or not.

It very nearly broke Annie’s heart to look at the photograph she’d found on microfiche at the library—Christian being lifted onto a gurney in the foreground, limp as a forgotten saint, his arm dangling over its side, and in the distance behind him, a spray of water arcing from a fireman’s hose onto the blaze that charred the light post about which his car was pulled like taffy.

Scott:  When the book tour is over, and I’m back home in New Zealand, I’m looking forward to digging in on my sophomore effort, a manuscript about the misadventures of a young Southern man who is burdened with the world’s only documented case of chronic, incurable naiveté—the result of a curious subtype of ADD and a lightning strike at the age of four.

Scott:  I’m whooped! That was hard! LOL Seriously, though, it was fun, and I can’t thank you enough for taking the time to interview me. 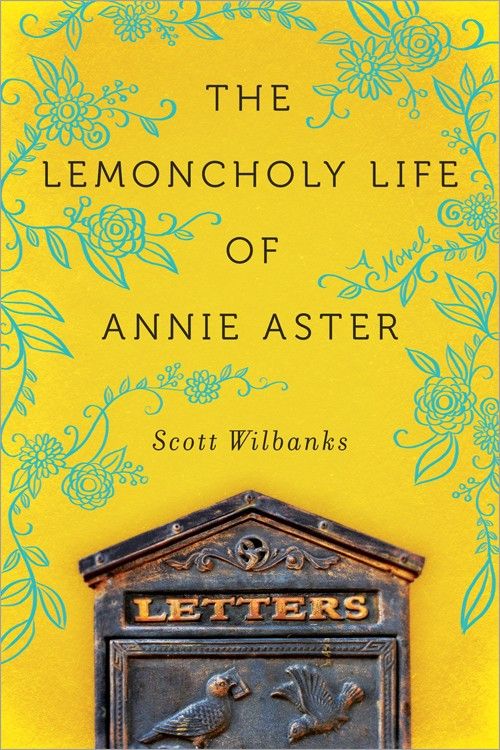 Annabelle Aster doesn't bow to convention-not even that of space and time-which makes the 1890s Kansas wheat field that has appeared in her modern-day San Francisco garden easy to accept. Even more peculiar is Elsbeth, the truculent schoolmarm who sends Annie letters through the mysterious brass mailbox perched on the picket fence that now divides their two worlds.

Annie and Elsbeth's search for an explanation to the hiccup in the universe linking their homes leads to an unsettling discovery-and potential disaster for both of them. Together they must solve the mystery of what connects them before one of them is convicted of a murder that has yet to happen...and yet somehow already did. 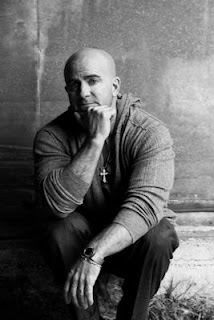