SPFBO 5 Interview: T.A. Frost, author of Up To The Throne


Please welcome T.A. Frost to The Qwillery as part of the Self-Published Fantasy Blog-Off 5 Interviews. Toby has submitted Up To The Throne to SPFBO 5. 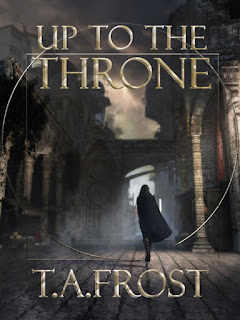 T.A.:  Thank you! The first fiction I remember writing was a story about a time traveller, when I was 12. I wrote it in a small blue notebook from school. It was somewhere between H.G. Wells and Dr. Who, and featured illustrations by the author. It will never, ever see the light of day.

T.A.:  A hybrid, I think. I know that I find plotting tricky, so I try to compensate by making a lot of notes. Know your weaknesses and all that!

T.A.:  Probably editing. As I've written more, I've become more confident in putting down a rough first draft and refining it in the editing stage. However, that does mean that the editing takes more work. Also, reading reviews can be nerve-racking, but perhaps waiting for them is even worse!

TQ:  Describe Up To The Throne using only 5 words.

TQ:  What inspired you to write Up To The Throne?

T.A.:  A mixture of history, noir crime and real-world annoyance! The one thing that tipped me over the edge was seeing a bit of old artwork in a D&D manual and thinking "I'd like to write about someone like that". The end result is very different to the inspiration, but that picture gave me the little push that I needed.

TQ:  Please tell us about the cover for Up To The Throne.

T.A.:  It was made by Claire Peacey of Autumnsky, and I think it's absolutely beautiful. It shows Giulia, the lead character, walking towards an illegal boxing match at the docks. I think it does a great job of reflecting the mood of the novel.

TQ:  In Up To The Throne who was the easiest character to write and why? The hardest and why?

T.A.:  The lead character, Giulia, was perhaps the easiest. She's nothing like me, but she has this clear, driven attitude, like a P.I. in a crime story, that's easy to write. A noblewoman, Tabitha Corvani, was the hardest. She's untrustworthy, insincere and yet weirdly admirable, and that was difficult to convey.

TQ:  Does Up To The Throne touch on any social issues?

T.A.:  Yes, perhaps inevitably. A lot of the characters are eccentrics, outcasts or people looked down upon as second-class. There's a subplot about the political expediency of persecution, and religious trouble is always brewing. That said, I didn't set out to preach a message: those issues arose naturally in the story and had to be treated with the gravity that they deserved.

TQ:  Give us one or two of your favorite non-spoilery quotes from Up To The Throne.

“You owe someone for something?”

T.A.:  There will be a stand-alone sequel, named Blood Under Water, out in July 2019, and I hope to do a third book next year. Also, I'm working on a much longer epic fantasy quartet, and a series of light SF novels about a domestic robot reprogrammed as a spy.

T.A.:  Thank you for interviewing me!


Up To The Throne
Dark Renaissance 1
December 2018
Kindle eBook and Trade Paperback, 531 pages 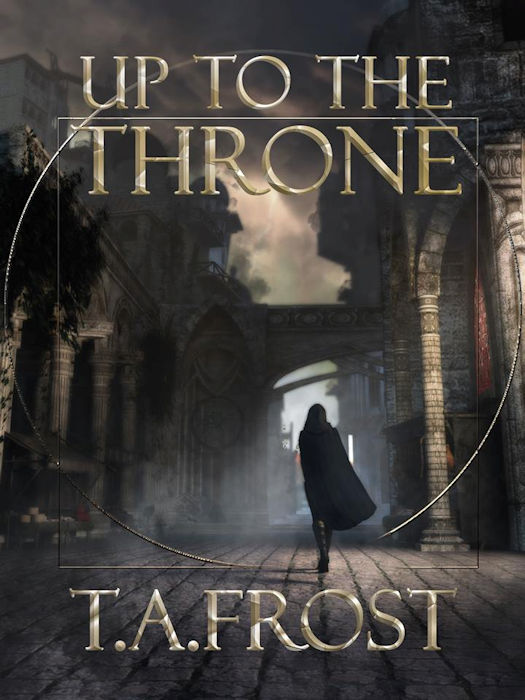 Giulia Degarno returns to the city-state of Pagalia with one intention: to kill the man who scarred her and left her for dead. But Publius Severra is no longer a mere criminal, and has risen to become a powerful politician - and perhaps the only man who can save Pagalia from anarchy. Now, as Severra stands poised to seize the throne. Giulia must choose between taking her revenge, and saving her home.

Up To The Throne is a dark fantasy novel set in a magically-enhanced Renaissance: a dangerous world of assassins, alchemists and flying machines. It is a world where artists and scholars cross paths with feuding nobles and clockwork monsters - and death is never far away. 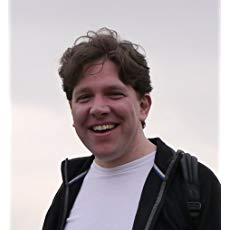 Toby Frost is the author of a wide range of Science Fiction and Fantasy.

Toby's most recent novel is Up To The Throne, a dark story of intrigue and revenge set in a magically-enhanced Renaissance. It's the first book in a trilogy: the second and third stories will be out in 2019.

Straken, published by Black Library, is a military science fiction novel set in the Warhammer 40,000 universe. Full of grim adventure and black humour, it and tells of Colonel Straken of the Imperial Guard. Colonel Straken's adventures continue in a number of short stories anthologised by Games Workshop.

Toby's website is at: http://tobyfrost.com
The Space Captain Smith site is: http://spacecaptainsmith.com
More information on Up To The Throne can be found at: http://uptothethrone.co.uk/
Posted by Qwill at 6:15 AM

Labels: SPFBO, SPFBO 2019, SPFBO 5, SPFBO 5 Interview, T.A. Frost, Up To The Throne
Email ThisBlogThis!Share to TwitterShare to FacebookShare to Pinterest