Please welcome Marc Vun Kannon to The Qwillery as part of the Self-Published Fantasy Blog-Off 5 Interviews. Marc has submitted Ghostkiller to SPFBO 5. 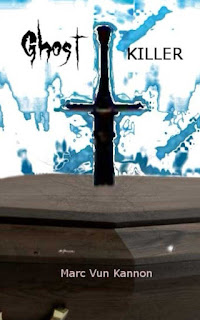 Marc:  The first thing I ever wrote was also the first I ever published, a novel called Unbinding the Stone. I had a couple of dreams one night, and when I described them to my wife, she said, "That sounds like it would make a good book." I had never taken a writing class, so I invented my own style of writing based on my experiences reading other books. I ended up writing it twice. The computer it was on crashed and I had no backups. I have no idea what the first version was like but I'm pretty sure it was awful.

Marc:  Very much a pantser. While I do occasionally have some ideas for where I want the story to go, the plot will develop in such a way that the meaning of the scene will be turned around or flipped over by the time I get there. I have something of a reflex, to never do what's been done before, so if I tried to outline, that would be something I'd seen before so I'd have to deviate from it anyway. None of my books look or sound alike.

Marc:  About writing itself, pacing and maneuvering large groups of people when they all contribute something to the story. For publishing in general, it's marketing the book. It may be strange to hear about a former philosophy major (not that one ever stops being a philosophy major) and a fantasy novelist but I don't handle abstractions very well. I need someone in front of me and a book in my hand to do it.

TQ:  What inspired you to write Ghostkiller?

Marc:  Lots of small things. A TV show called Phineas and Ferb had a running gag, where some adult would ask "Aren't you boys a bit young to..." I combined this with a book I was reading at the time, and got "Aren't you a bit young to be raising the dead?" I combined this with an idea I had about a sorcerer who dies while raising a demon, trapping the demon on this side. (This idea did not survive in this form so it's in no way a spoiler.) I thought I was writing a book about a man who kills ghosts for a living, until I got to chapter 2, and I realized that that was the normal part.

TQ:  Please tell us about the cover for Ghostkiller.

Marc:  I created the cover. It's a sword sticking through a coffin, which is how Ghostkillers do their work. That scene is in chapter one.

TQ:  In Ghostkiller who was the easiest character to write and why? The hardest and why?

Marc:  Some of the smaller roles in the story are created with certain actors playing the role (what they call dreamcasting). Detective Kidd was created with Samuel L. Jackson in mind, while Oliver Cromwell was cast with Brian Cox, two excellent actors with distinctive voices. The hardest is the demon itself. It's a composite formed from three separate entities, none of whom are self-aware, and the demon itself isn't self-aware for most of the book. I was forced to write the intentionality of a creature with no intentions.

TQ:  Does Ghostkiller touch on any social issues?

TQ:  Give us one or two of your favorite non-spoilery quotes from Ghostkiller.

"You use 'Que Sera Sera' as the ringtone for a medium?"

"Not the dinosaurs, Mr. Kidd, the sorcerers."

Marc:  Currently I'm working on the fourth book in the series that began with Unbinding the Stone. I'm making it up as it goes along and there always seems to be more. The next thing I have coming out will be a story called 'Sleeping Dragon' in an anthology called Dangerous Damsels and Fatal Femmes. There's a magazine called Black Infinity which I have a series of short stories in, and I will have some of those coming out before the novel is done, but I haven't written them yet, so I don't know what they are.

Marc:  Thank you for having me. 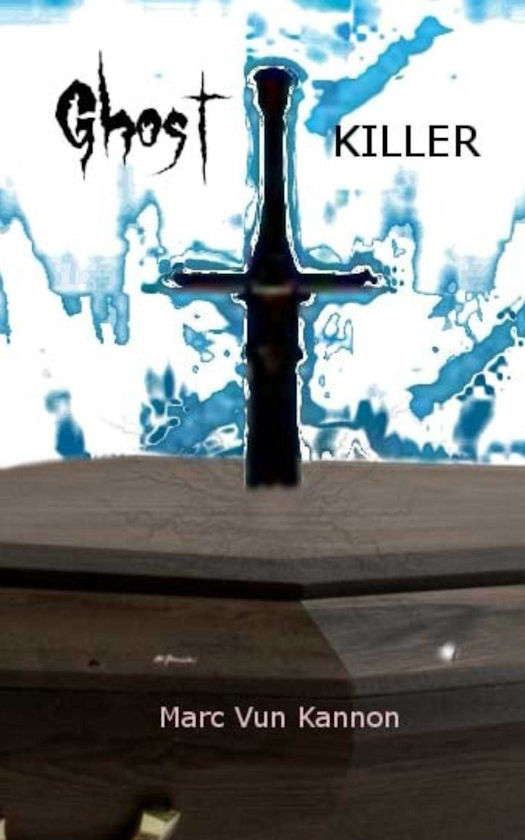 John Smith rescues the dead, saving them from an eternity as powerless shades. He kills ghosts, adding their life force to his own meager supply, and sends the naked souls on to where they should have gone in the first place. He is the first of his kind, the oldest, the best, but that comes with a price. He has no other family, no other friends. He’s done a lot but forgotten more, and life has a way of reminding him he hasn’t seen it all.

Like today. A friend murdered, his ghost is haunting John and weakening rapidly. To save the ghost John needs the body, which is prowling around the city somewhere, mindlessly killing every living thing it touches, and even more toxic to Ghostkillers. A virus waiting to spread.

Fortunately John has human allies to capture the body, risking their lives so he doesn’t have to risk his soul. He has enough to deal with, when a medium discovers the presence of an evil spirit at the crime scene, and he follows that lead into disaster, as the spirit and the body are in the same place. But his allies have tracked the body, and they corner the body, just in time to…

…Watch it become possessed by the evil spirit, with powers of pain to go with the body’s deadly touch?

…Hear it grind out the word ‘kill’ while staring at John Smith?

…Know to the bottom of their souls that John will be only the first to be damned?

Definitely not one of his better days. 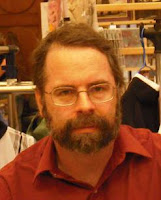 Marc Vun Kannon was born in Bethpage, Long Island. After surviving his teen age years, he entered Hofstra University. Five years later, he exited with a BA in philosophy and a wife. He still has both, but the wife is more useful. Since then he almost accumulated a PhD in philosophy and has acquired a second BA in Computer Science. After dabbling in fulfilling pursuits such as stock boy and gas station attendant, he found his spiritual home as a software support engineer, for CAMP Systems International. He feels that his real job is being a father to his three children, husband to his wife, and author to his books. He, and they, now reside in Wading River, Long Island, New York.