Please welcome K.S. Marsden to The Qwillery as part of the Self-Published Fantasy Blog-Off 5 Interviews. K.S. has submitted The Shadow Rises to SPFBO 5. 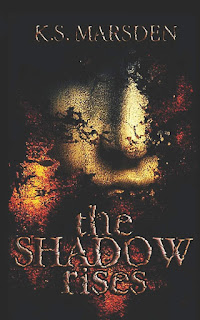 K.S.:  I've always been writing, and always been fascinated by witches, if you can believe the picture book I made as a kid!

My first published piece was this year's entry into SPFBO - The Shadow Rises (Witch-Hunter #1).

K.S.:  I definitely lean towards being a pantser. I like to plot a few key details, and then let the story come to life. I think it helps create more surprising twists; but on the downside - my characters don't always behave how I want them to.

I have a full-time job, working for a horse feed company; a part-time job teaching people to ride; and then writing on top of it.

I've gotten into the pattern of writing during my dinner break, which gives me an hour a day when I'm reasonably focussed.

TQ:  What inspired you to write The Shadow Rises?

K.S.:  Because of a long-running joke that all the women in our family are witches, I've always been fascinated with them. I loved all sorts of witch trivia and real history.

My novel started with the villain - the most powerful witch alive, magic without limits.

From there, I worked out who would stop them, and a whole alternate history of the Malleus Maleficarum Council fell into place.

TQ:  Please tell us about the cover for The Shadow Rises.

K.S.:  Oh, I love my cover. Beth from Sylermedia did the whole trilogy, a few years ago.

This has been carried on with the rest of the trilogy; and it's only the prequels where you have a clear-ish view of character's faces.

TQ:  InThe Shadow Rises who was the easiest character to write and why? The hardest and why?

K.S.:  That's a hard question. The easiest would be either Hunter's best friend and colleague, James Bennett; or his mother, Mrs Astley. Both of these have very strong personalities and almost write themselves. They both provide a lot of humour.

The hardest would probably be new colleague/love interest Sophie. She's the opposite, she's a cold-hearted bitch and it was often hard to keep her true to character, it was always very tempting to make her softer.

TQ:  Does The Shadow Rises touch on any social issues?

K.S.:  Not to be cliche, but there's a lot of pride and prejudice.

At the beginning of the book, everything is very clear-cut: witches are evil; witch-hunters are heroes.

As it progresses, things become murky. Yes, a lot of witches are evil, but the whole race is judged and persecuted on the actions of these extreme individuals.

The witch-hunters aren't always angels. Even the best in their ranks are blinded by generations of being told what is right.

TQ:  Give us one or two of your favorite non-spoilery quotes from The Shadow Rises.


“Finally she spoke with a forced scepticism, “So… if those girls are witches, and I was the sacrifice - what does that make you?”

She raised a brow, “A witch-hunter named ‘Hunter’? How very original.”

K.S.:  I have the newest prequel coming out on 1st July - Sophie: Witch-Hunter tells the story behind everyone's favourite cold-hearted bitch.

Later 2019, I will (hopefully) be releasing the third book in the Northern Witch series (where witches are good). 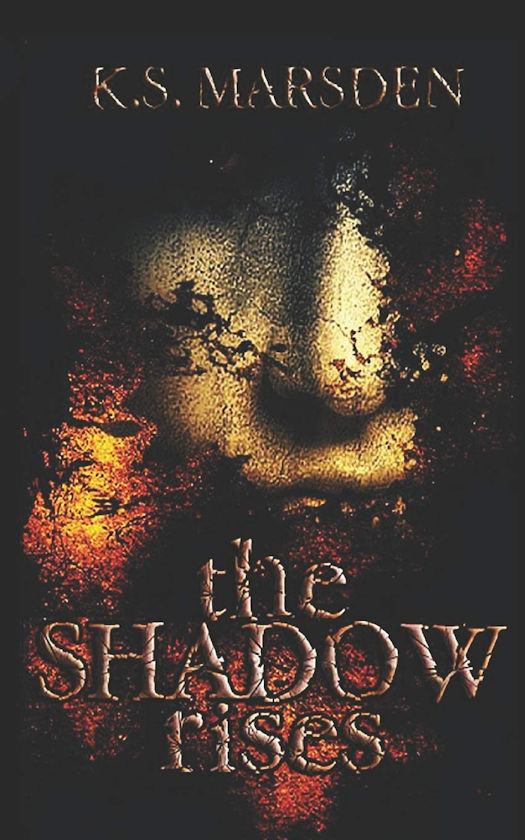 When a new witch threat rises, only Hunter Astley can stop them…
In the face of dark magic and evil witches, a secret witch-hunting society works tirelessly to keep them at bay. The Malleus Maleficarum Council have strict rules and practises for eradicating magic.

Due to their work, witches have been almost forgotten, relegated to myth; but the rumours are starting to emerge of a new power that will throw the world into chaos.

As the only 7th generation witch-hunter, Hunter Astley is the best the MMC has to offer. With the help of his colleagues, it’s a race to track down this new threat and stop them… in any way he can.


Part one of the Witch-Hunter trilogy.
Free download from most ebook retailers. 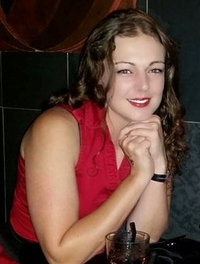 Kelly S. Marsden grew up in Yorkshire, and there were two constants in her life - books and horses.

Graduating with an equine degree from Aberystwyth University, she has spent most of her life since trying to experience everything the horse world has to offer. She is currently settled into a Nutritionist role for a horse feed company in Doncaster, South Yorkshire.

She writes Fantasy stories part-time. Her first book, The Shadow Rises (Witch-Hunter #1), was published in January 2013, and she now has several successful series under her belt.

Visit her blog for book reviews and inanity:
The Northern Witch's Book Blog