Bye bye September the month of sunshine and rain.....lots and lots of rain. It has been one of those months that you get to spend the last days of summer sun reading outside and then others tucked up in bed reading while it chucks it down outside. All in all a good month to read some books.  So without further adieu what did I read?

Sorry folks...its confession time. I have been very very tardy in posting my review of Sapphire Flames. I am ashamed to say that I got the eArc in May (sssshhhh don't tell Qwill) and I have yet to review it. I meant to do it in July right before it was published and forgot, I meant to post it August and again forgot. I am working on better late than never.

Book 4 of the Hidden Legacy series - Sapphire Flames stars Catalina Baylor - the younger sister of the heroine for the first three books. Catalina has a lot on her plate - she is a relatively new head of her house, the 3 year embargo on any other House messing with House Baylor is almost up and now her friend's mother and sister are murdered. Things get more complicated when the hunky Alessandro Sagredo turns up expectantly and turns Catalina's world upside down. A murder to solve, a nefarious organisation to bring down and a hot Italian to smooch. It's a hard day at the office at Baylor Investigations.

I liked Sapphire Flames but perhaps didn't love it like the others books of the series. I have read the book a few times between the e-Arc and the published version but I have never been able to put my finger on exactly what it is that didn't quite work for me. There is a lot of action and Catalina can definitely hold her own. The romance between Catalina and Alessandro is sweet but lacks some of the bite as the romance between Nevada and Connor. I am waiting for Caesar to come back.

My audio book of choice for September was Philip Pullman's La Belle Sauvage which is book 1 in the Book of Dust series. The story is set approximately 20 years before the events of the Golden Compass. The hero of this story is the 11 year old Malcolm Polstead. Malcolm has a fairly normal life - helping out in his mom and dad's pub, helping the sisters in the local convent and hanging out with his daemon Asta in his beloved canoe 'La Belle Sauvage'.  When the little baby Lyra comes under the care of the sisters Malcolm can't comprehend how much his life is about to change. Danger is on ever corner and Malcolm will sacrifice everything to keep baby Lyra safe.

I LOVED La Belle Sauvage. I bought the audio version almost 2 years ago and didn't feel like listening to it until now. After the first sentence I was amazed that I hadn't listened to it earlier. I was gripped from start to finish. I can't imagine a better narrator than Michael Sheen. He really brings the young Malcolm and his daemon Asta to life. His west country accent is sublime! The story was very good but I am not sure if I would have been as gripped had I read the story rather than listen to it. If you were a fan of the first series and haven't had a chance to read La Belle Sauvage then get the audio version asap.

My next two books are courtesy of NetGalley. I will start with The Return of the Incredible Exploding Man David Hutchinson. Alex Doolan is just a normal guy - his writing career has flatlined, he can't make his rent and things are looking bleak until the multi-billionaire Stanislaw Clayton turns up and offers him a deal he can't refuse - writing a book about Clayton's big research project - Sioux Creek Supercollidor. Clayton owns not just the research station but the whole town and everyone in it. Alex thought that was weird until weirder things things start to happen. Unfortunately for Alex he is right in the epi-center. Will he come out unscathed? Read it and find out.

This is a slow burn action story and Alex is the perfect anti-hero. Hutchinson teases the reader until the very end. Luckily this is a quick and easy read so you aren't kept trying to figure out what is going on for too long. Hutchinson takes a fairly mundane character in the form of failed writer Alex Doolan and after a series of bizarre events he turns into the reluctant hero of the story. As much as I liked the story the pace is almost too slow. Nearly 80% of the book is setting up the last 20% and there really isn't a lot of character development. I still enjoyed it but think the pacing needs some work.

The final book I have to tell you about is by Charlaine Harris - An Easy Death which is the first in the Gunnie Rose series. The story is set in a post apocalyptic United States where magic is used but magic users are not trusted. Lizbeth Rose is a gun for hire with a fearsome reputation. When Lizbeth is  hired by two Russian wizards to find a minor magic user who just so happens to be a relative of Grigori Rasputin she doesn't realise this might just be her last job. A perilous journey across the lawless southwestern States for Lizbeth and her two clients. Her guns have never let her down and she is determined to get everyone through this alive.

An Easy Death is an apt title for this story as there is a lot of death and the killing starts from the first few pages and continues all the way through. There isn't a lot of character development as the story focuses on the action rather than providing Lizbeth's backstory or a history of what happened to result in the States being a fractured collection of mixed colonies. Harris likes to put her heroine's through a lot and that is definitely the case for Lizbeth.  She barely survives to the end of each chapter let alone to the end of the story. Did I like part 1 of Gunnie Rose?  hmmmmm I am not sure. I didn't dislike it but I didn't really warm to Lizbeth as a character.  This is one of the downsides of focusing on action rather than on the characters as it makes them rather one dimensional. I will continue to book 2 if I am able to source it from NetGalley but I don't think I would pay to read further in this series.


Well that is it for me and September and my September reads. Stay tuned for what I read in October. Book 2 of The Book of Dust series is out!  Hurrah!!!  One benefit of taking 2 years to read book 1...it means I don't have to wait that long. Until next time Happy Reading. 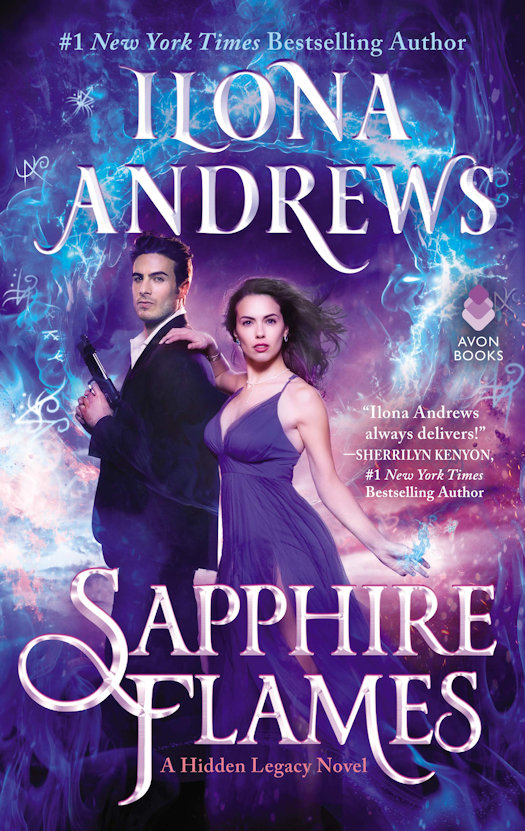 In a world where magic is the key to power and wealth, Catalina Baylor is a Prime, the highest rank of magic user, and the Head of her House. Catalina has always been afraid to use her unique powers, but when her friend’s mother and sister are murdered, Catalina risks her reputation and safety to unravel the mystery.

But behind the scenes powerful forces are at work, and one of them is Alessandro Sagredo, the Italian Prime who was once Catalina’s teenage crush. Dangerous and unpredictable, Alessandro’s true motives are unclear, but he’s drawn to Catalina like a moth to a flame.

To help her friend, Catalina must test the limits of her extraordinary powers, but doing so may cost her both her House–and her heart. 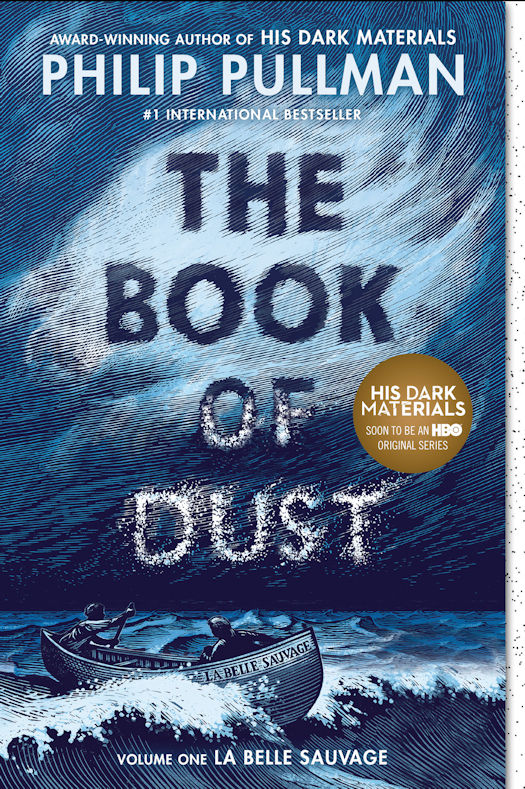 Philip Pullman returns to the parallel world of His Dark Materials–soon to be an HBO original series starring Dafne Keen, Ruth Wilson, James McAvoy, and Lin-Manuel Miranda–to expand on the story of Lyra, “one of fantasy’s most indelible heroines” (The New York Times Magazine).

Don’t miss Volume II of The Book of Dust: The Secret Commonwealth

Malcolm Polstead and his daemon, Asta, are used to overhearing news and the occasional scandal at the inn run by his family. But during a winter of unceasing rain, Malcolm finds a mysterious object—and finds himself in grave danger.

Inside the object is a cryptic message about something called Dust; and it’s not long before Malcolm is approached by the spy for whom this message was actually intended. When she asks Malcolm to keep his eyes open, he begins to notice suspicious characters everywhere: the explorer Lord Asriel, clearly on the run; enforcement agents from the Magisterium; a gyptian named Coram with warnings just for Malcolm; and a beautiful woman with an evil monkey for a daemon. All are asking about the same thing: a girl—just a baby—named Lyra.

Lyra is at the center of a storm, and Malcolm will brave any peril, and make shocking sacrifices, to bring her safely through it.

“Too few things in our world are worth a seventeen-year wait: The Book of Dust is one of them.” —The Washington Post

“People will love the first volume of Philip Pullman’s new trilogy with the same helpless vehemence that stole over them when The Golden Compass came out.” —Slate 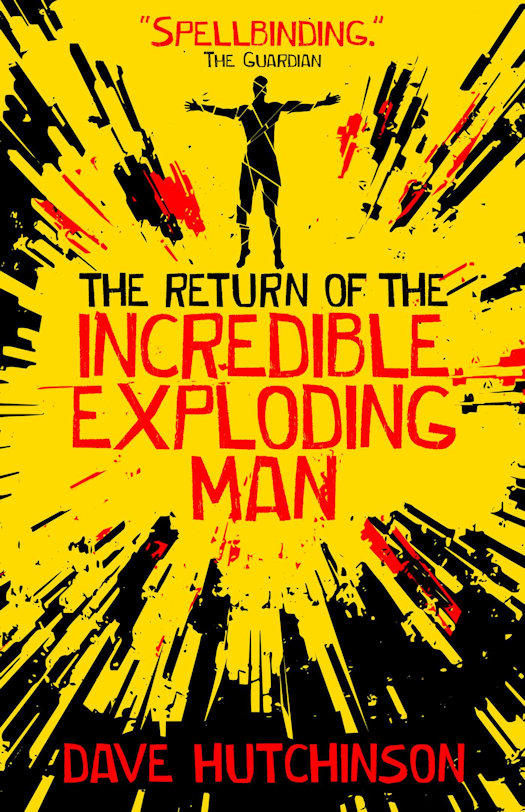 A thrilling science fiction masterwork of experimental disaster from the bestselling author of the Fractured Europe series The Guardian labelled ‘Magnificent’.

When Alex Dolan is hired by multibillionaire Stanislaw Clayton to write a book about the Sioux Crossing Supercollider, it seems like a dream job.

Then something goes wrong at the site. Very wrong.

After the incident, Dolan finds himself changed, and the only one who can stop the disaster from destroying us all. 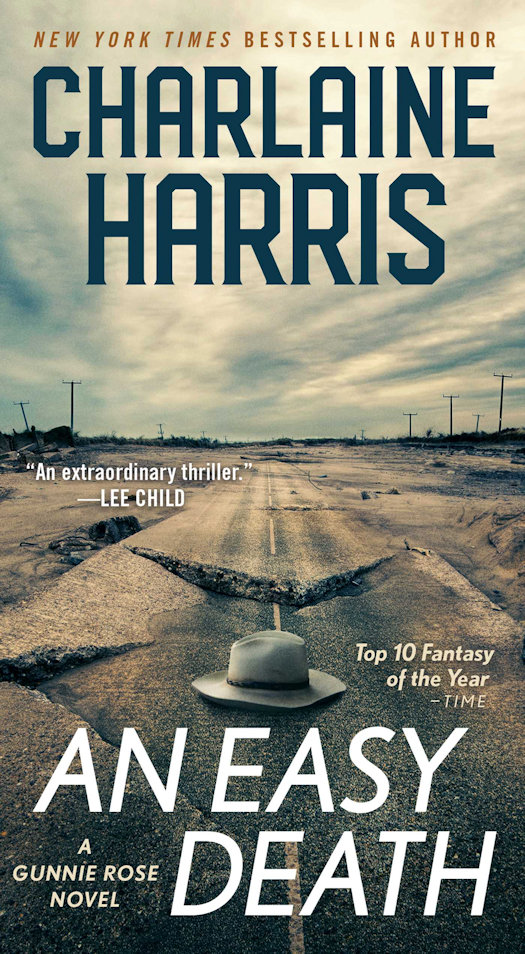 “When a master of her craft offers to tell you a story, let her. The results are dazzling.” —Seanan McGuire, New York Times bestselling author of the Alex, Hugo, Nebula, and Locus Award-winning Wayward Children series.

Set in a fractured United States, in the southwestern country now known as Texoma. A world where magic is acknowledged but mistrusted, especially by a young gunslinger named Lizbeth Rose. Battered by a run across the border to Mexico Lizbeth Rose takes a job offer from a pair of Russian wizards to be their local guide and gunnie. For the wizards, Gunnie Rose has already acquired a fearsome reputation and they’re at a desperate crossroad, even if they won’t admit it. They’re searching through the small border towns near Mexico, trying to locate a low-level magic practitioner, Oleg Karkarov. The wizards believe Oleg is a direct descendant of Grigori Rasputin, and that Oleg’s blood can save the young tsar’s life.

As the trio journey through an altered America, shattered into several countries by the assassination of Franklin Roosevelt and the Great Depression, they’re set on by enemies. It’s clear that a powerful force does not want them to succeed in their mission. Lizbeth Rose is a gunnie who has never failed a client, but her oath will test all of her skills and resolve to get them all out alive.