THE X-FILES MEETS ANNIHILATION IN GRUESOME NEW HORROR PAPERBACK—UNEARTH, VOL. 1—OUT THIS JANUARY 2020 FROM IMAGE COMICS 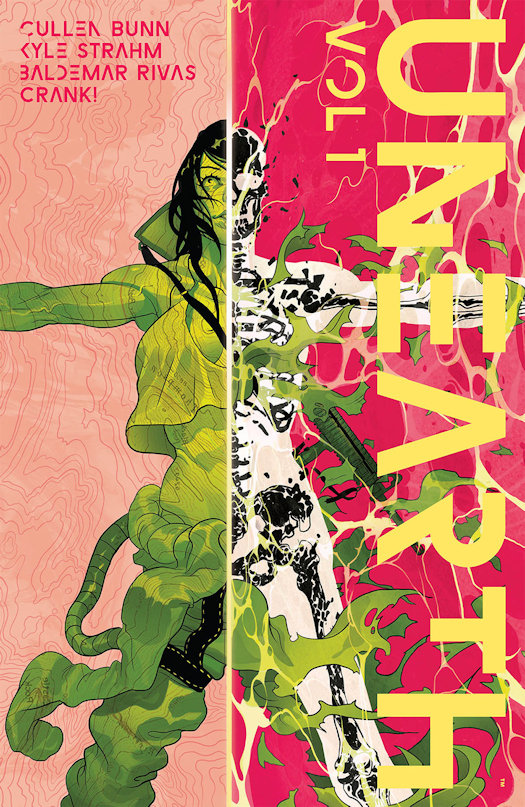 with fan-favorite writer Kyle Strahm (Spread) and rising star artist Baldemar Rivas to present the first story arc of their subterranean nightmare Unearth, Vol. 1 to readers this January 2020. Unearth, Vol. 1 is best described as The X-Files meets Jeff Vandermeer’s Annihilation in a series perfect for fans of HBO’s Chernobyl and will collect issues #1-5 of the bestselling body horror series into trade paperback.

In Unearth, Vol. 1 a flesh-warping disease ravages a remote village in Mexico and a scientific task force travels to the inhospitable area to investigate the contamination. As victims of the illness are transformed in horrible ways, the task force traces the source of the disease to a nearby cave system—where they discover a bizarre, hostile ecosystem and a supernatural revelation from which they may never escape.

ABOUT IMAGE COMICS
Image Comics is a comic book and graphic novel publisher founded in 1992 by a collective of bestselling artists. Image has since gone on to become one of the largest comics publishers in the United States. Image currently has six individuals on the Board of Directors: Robert Kirkman, Erik Larsen, Todd McFarlane, Marc Silvestri, Jim Valentino, and Eric Stephenson. It consists of five major houses: Todd McFarlane Productions, Top Cow Productions, Shadowline Comics, Skybound Entertainment, and Image Central. Image publishes comics and graphic novels in nearly every genre, sub-genre, and style imaginable. It offers science fiction, fantasy, romance, horror, crime fiction, historical fiction, humor and more by the finest artists and writers working in the medium today. For more information, visit www.imagecomics.com.
Posted by Qwill at 6:10 AM