Please welcome Ashley Capes to The Qwillery as part of the Self-Published Fantasy Blog-Off 5 Interviews. Ashley has submitted The Fairy Wren to SPFBO 5. 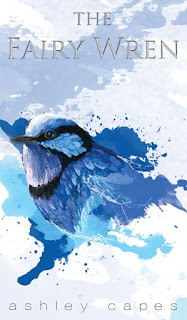 Ashley:  Thanks! It was a picture book quite reminiscent of "The Goonies" - I also illustrated it myself of course, sometime during primary school, so it was no masterpiece!

Ashley:  Very much a hybrid - I often jot down certain important plot points first but then I like to let the story evolve as I'm writing it. Personally, if I'd written a lot of detail out first, I probably wouldn't enjoy the writing process as much, I reckon.

Ashley:  Perhaps fitting in all the things I want to have in any given story - I tend to include a heap of things and then have to pare it back, which can be a shame for me. Kinda related is when I imagine a story is going to have a certain tone/mood but as I write it things change and it's not how I first imagined it (though that's usually for the better in the end!)

TQ:  What inspired you to write your novel?

Ashley:  Probably a mixture of Haruki Murakami's 'The Wind Up Bird Chronicle' and my fascination with small towns and their secrets and maybe a desire to write something I'd still like many years later (so far so good on that last front).

TQ:  Please tell us about the cover for your novel.

Ashley:  This was done by the amazing Rebekah at Vivid Covers and I was so, so very happy with it - the cover depicts the Superb Fairywren, which plays a pivotal role in the magic of my story.

TQ:  In your novel who was the easiest character to write and why? The hardest and why?

Ashley:  Paul, the MC was the easiest because I was going for that regular guy... with a little more snark than perhaps sense, and so that was fun. I found Alessandra (the Italian runaway) perhaps hardest because she has the language barrier but I really enjoyed researching her dialogue too.

TQ:  Give us one or two of your favorite non-spoilery quotes from your novel.

Ashley:  This was tough as it's been a while since I've read over 'The Fairy Wren' but there's this short, kinda silly exchange on the phone that I still like, with Paul calling his barrister:

"I need some help, Lloyd. Dennis Maddocks is going to sue me for assaulting him.”

“Ah.” His tone became concerned. “And did you assault him?”

"When Jon finally stopped, it was by a sluggish stream that was more a murmur than any particular colour."

Ashley:  I'm working on an Urban Fantasy and also the third in my steampunk/dystopia - trying to wrestle myself from one project to another actually :D It's hard to choose because I think to finish things (so the steampunk should be 'winning') but working on an Urban Fantasy is really fun for me as it's quite different from what I've been writing the last few years, which is Epic Fantasy. It's about one of Death's nephews and the trouble he gets into :)

Ashley:  Thanks for the chance to talk about my stories! 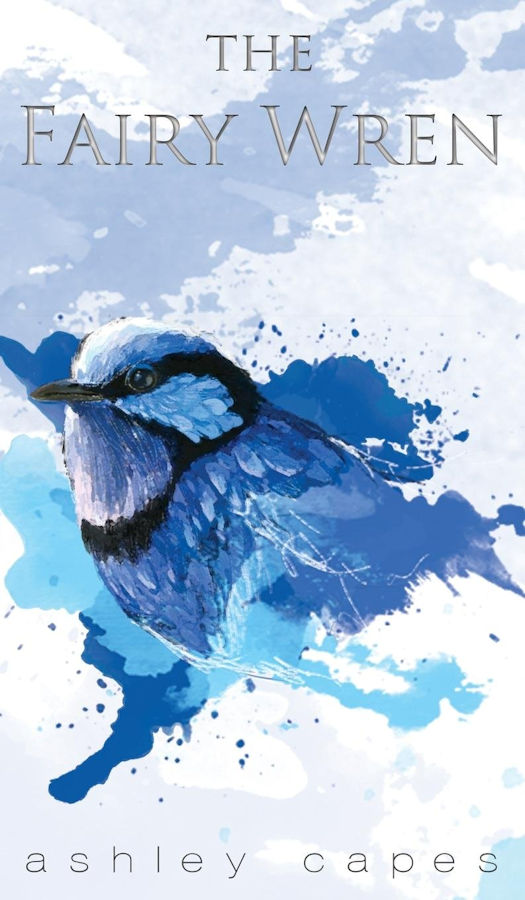 From the moment a fairy wren drops his lost wedding ring at his feet, Paul realises there's more magic to the world than he thought...

When Paul Fischer receives a strange phone call asking for help, from a woman who might be his estranged wife Rachel, he's drawn into a mysterious search that threatens not only his struggling bookstore, but long-buried dreams too.

Unfortunately, the only help comes from a shady best friend, an Italian runaway and a strange blue fairy wren that seems to be trying to tell him something - yet the further he follows the clues it leaves the less sense the world seems to make. Is he on the verge of a magical, beautiful discovery or at the point of total disaster? 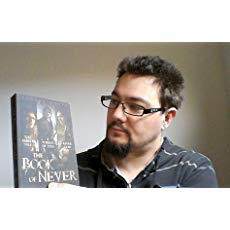 Ashley is a poet, novelist and teacher living in Australia.

He teaches English, Media and Music Production, has played in a metal band, worked in an art gallery and slaved away at music retail. Aside from reading and writing, Ashley loves volleyball and Studio Ghibli – and Magnum PI, easily one of the greatest television shows ever made.

See poetry and fiction at http://ashleycapes.com/