Our Second Semi-Finalist and Five That Fall

Mini-reviews of the five that are not going through will be posted soon. The review of our second Semi-Finalist will be posted around the time that we announce our Finalist.


The five books that we are eliminating:

The Necromancer of Peach Valley Orchard by Randal Doering;

The Binding by Sandy Frediani;

And our second semifinalist is Melokai by Rosalyn Kelly!

Melokai
In the Heart of the Mountains 1
October 2017
Trade Paperback and eBook, 393 pages 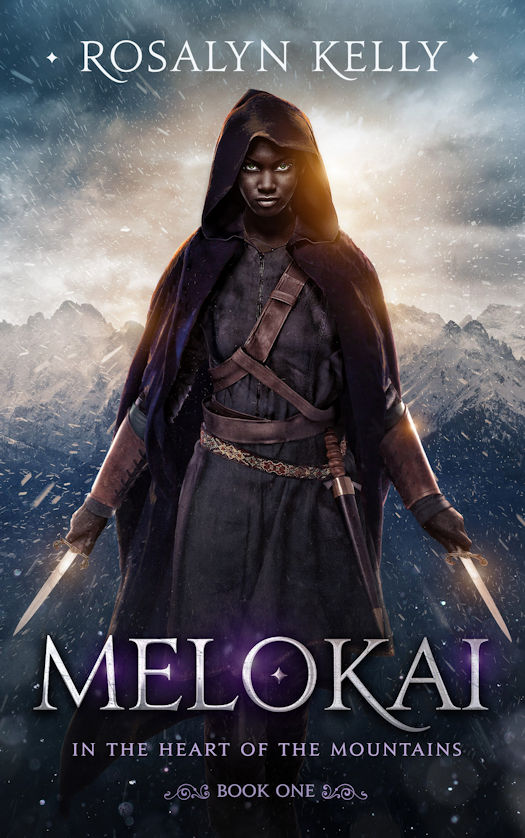 Legendary warrior Ramya has successfully ruled as Melokai for longer than most. Prosperous, peaceful, and happy, her people love her. Or so she thinks.

Ramya’s time is up. Bracing herself for the gruesome sentence imposed on all Melokais who have served their purpose, she hears instead a shocking prophecy.

Is the abrupt appearance of a mysterious, eastern cave creature the prophesied danger? Or is it something darker, more evil? And what of the wolves? Will the ferocious war with their kind oust her from power?

Suddenly Ramya must fight threats from all sides to save her mountain realm. But while her back is turned, a conspiracy within her inner circle is festering. Ramya and her female warriors must crush an epic rebellion before it can destroy her and devastate her beloved nation.

She thinks it’s the end, but it’s just the beginning...

If you love elaborate fantasy worlds and deep worldbuilding, perilously high stakes, magic, brutal battles, intrigue, and unique creatures and beings, then Melokai, Book One of the gritty, grimdark, epic fantasy trilogy In the Heart of the Mountains by Rosalyn Kelly, is for you.