PORTLAND, OR, 10/17/2018 — In anticipation of the pulse-pounding THE WEATHERMAN story arc finale, Image Comics is pleased to spotlight two jaw-dropping, limited THE WEATHERMAN #6 covers featuring the eye-popping artwork by Jerome Opeña (SEVEN TO ETERNITY) and Cliff Chiang (PAPER GIRLS). THE WEATHERMAN will go out with a bang and return with volume two in May 2019.

In THE WEATHERMAN #6, Agent Cross finds herself in a battle to the death to save the life of a man who may be responsible for the murder of billions. But if Nathan Bright dies, so does what's left of humanity... Don't miss the shocking conclusion of the first chapter of Jody LeHeup and Nathan Fox's riveting sci-fi thriller THE WEATHERMAN. 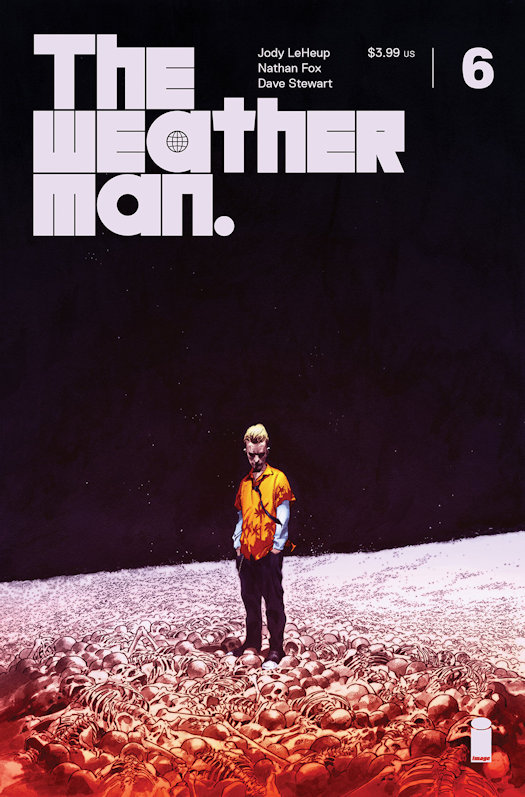